In his seminal book, The Biggest Estate on Earth, historian Bill Gammage explodes the long-held assumption that pre-settlement Australia was an untamed wilderness. By contrast, Gammage presents written and visual records of the extraordinarily complex, country-wide land management systems developed and managed by Australia’s Aboriginal people, with the first European settlers continually commenting that the land look like a country English estate, with its grassy patches, pathways, open woodlands and wildlife. 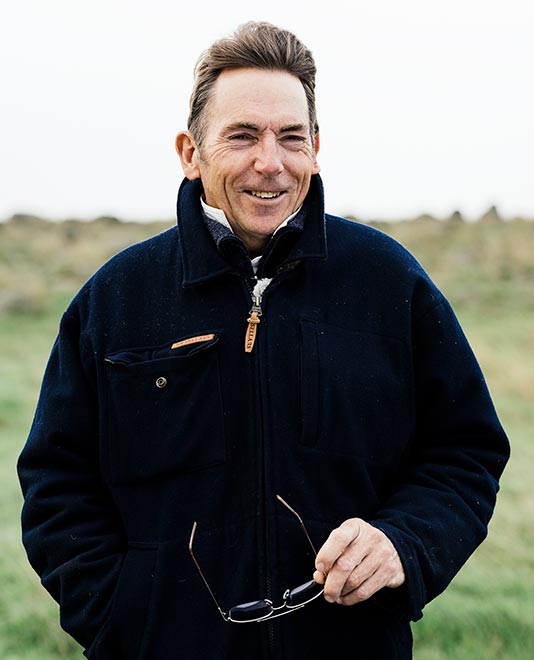 Maintenance of the land through fire and the natural lifecycles of native plants ensured the Indigenous population an abundance of natural food and shelter year-round. It wasn’t until European settlers began to claim the land that it became overgrown and prone to the damaging and widespread bush res that Australia has experienced in its modern history.

“It’s extraordinary that for so many years and decades we have been misguided on what the land once looked like, so it has been challenging to get back to that point, or near to it, in any way,” says Tim Hill, the live-in manager of Tiverton, an 800-hectare Merino sheep farm in the Western District of Victoria. Co-owned by Harry Youngman, whose company Tiverton Ag manages close to 13,000 hectares of arable land in the state, and Nigel Sharp, who also runs the Mt Rothwell Biodiversity Interpretation Centre, the team behind Tiverton measure their economic goals against environmental ones with the intention of not only minimising environmental impact, but improving the land quality for the future, inspired by some of the learnings in Gammage’s research. 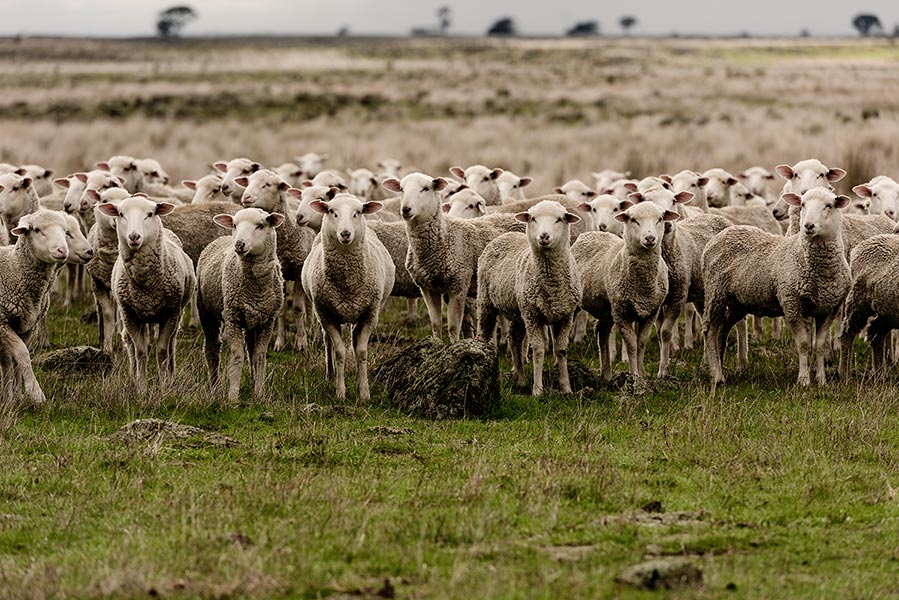 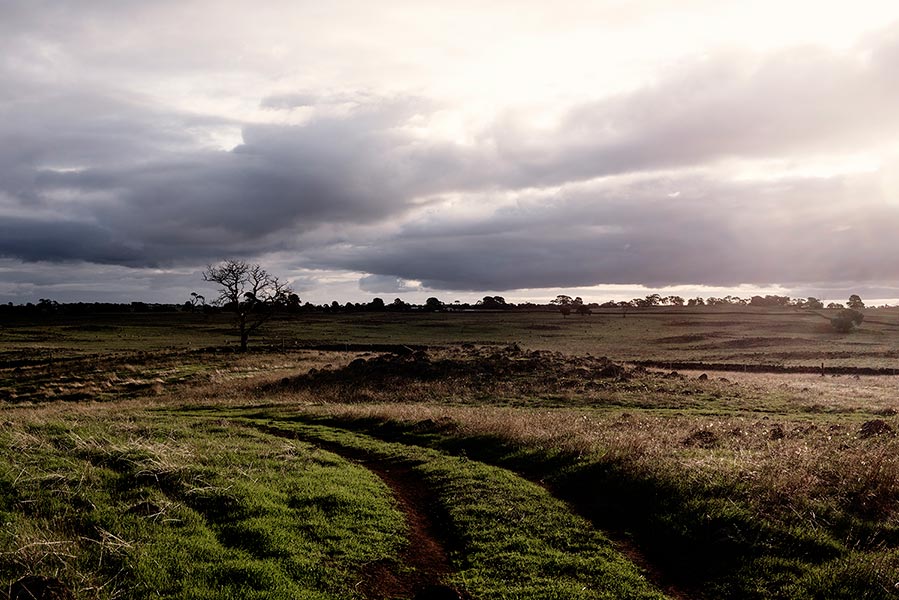 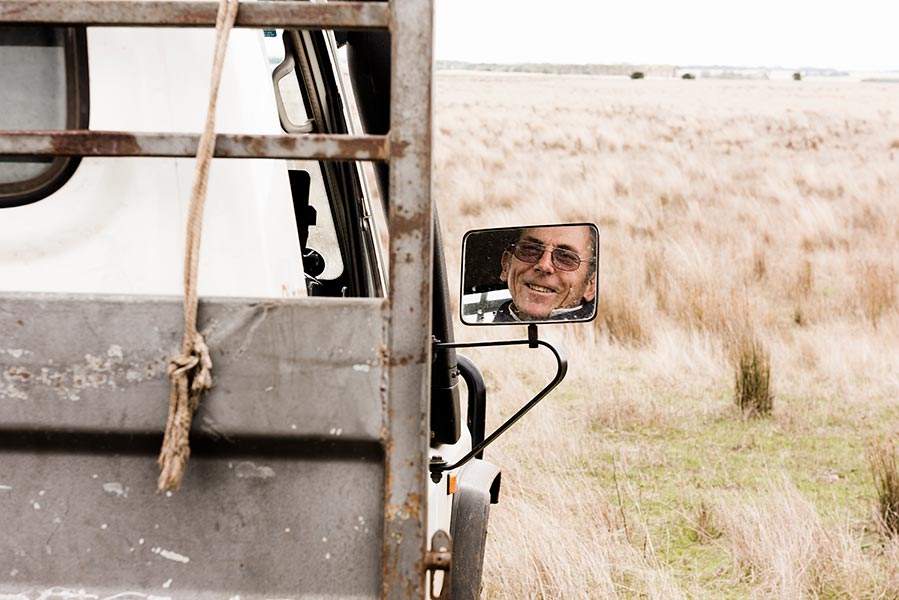 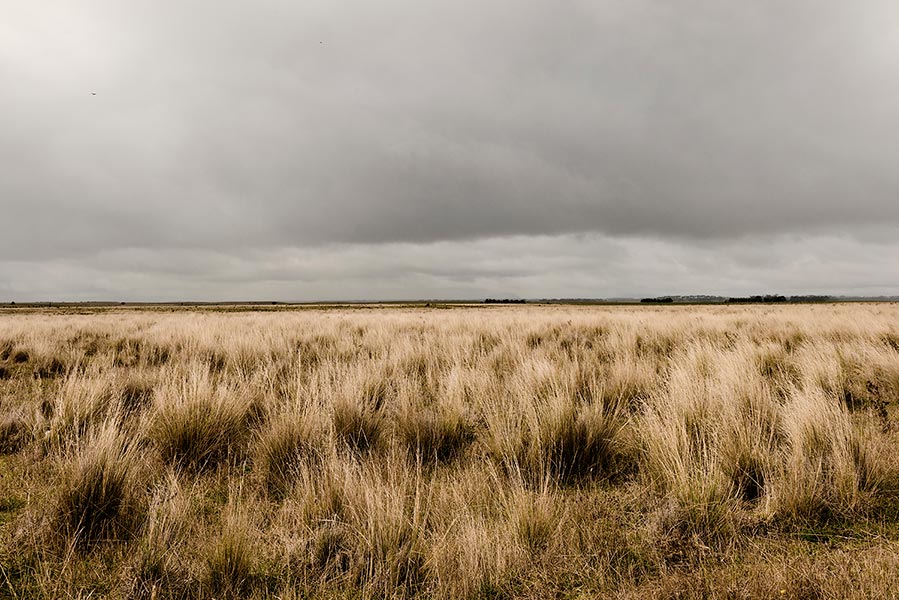 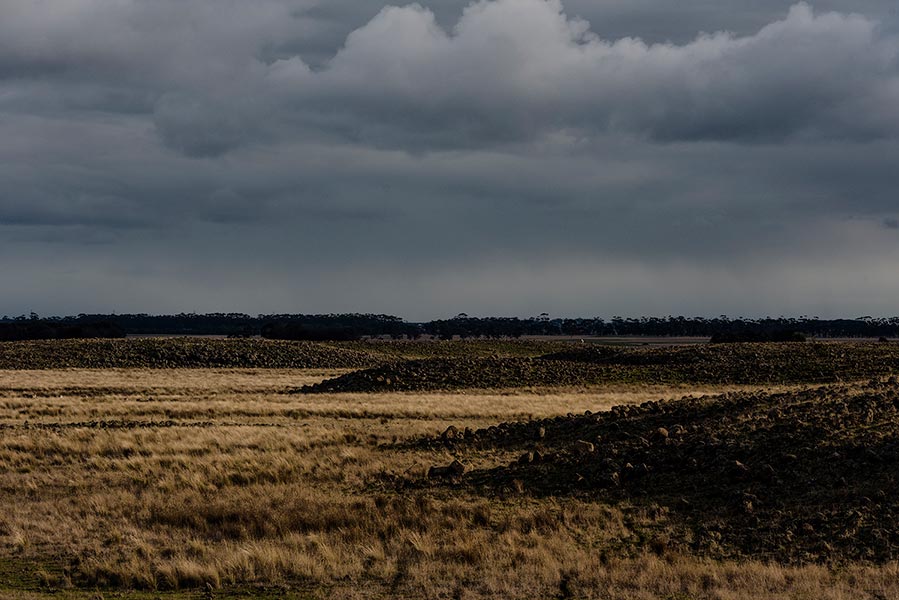 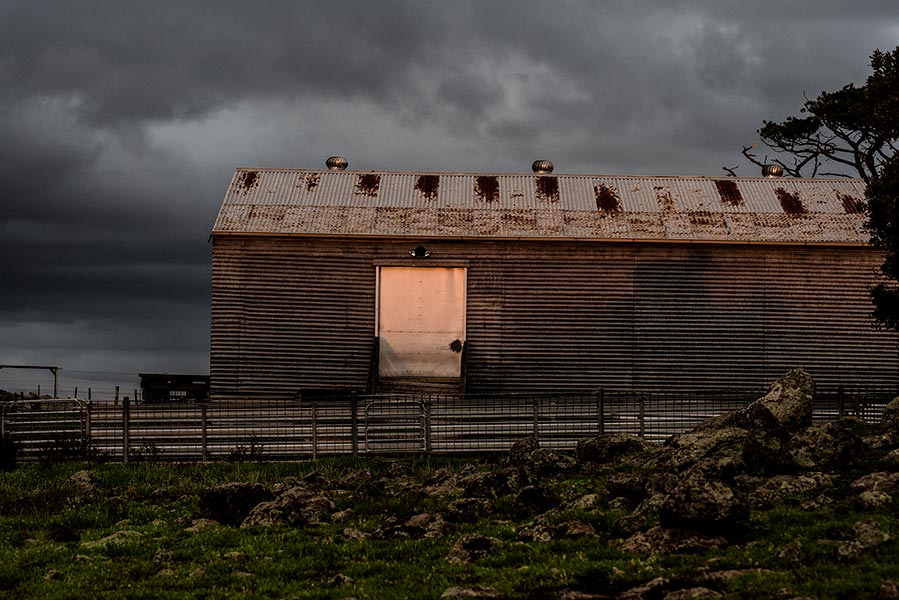 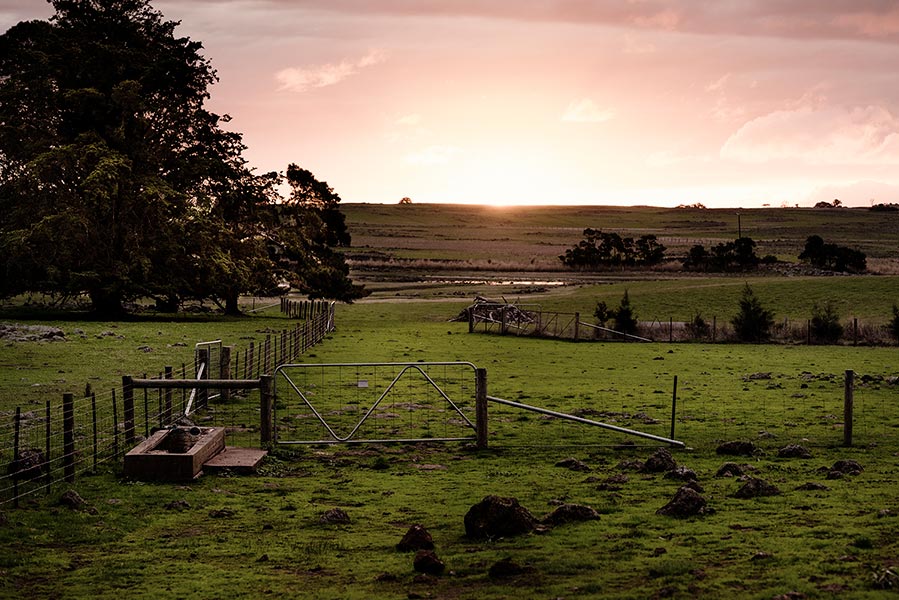 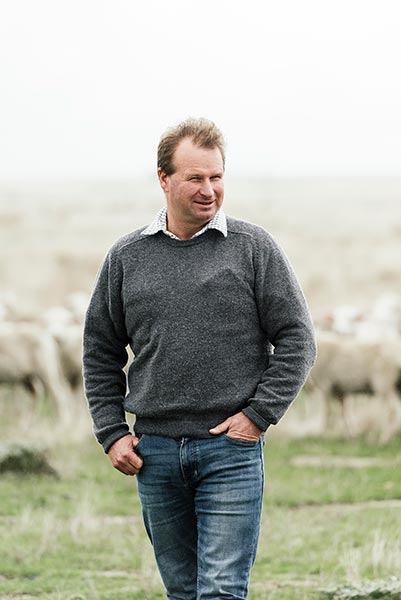 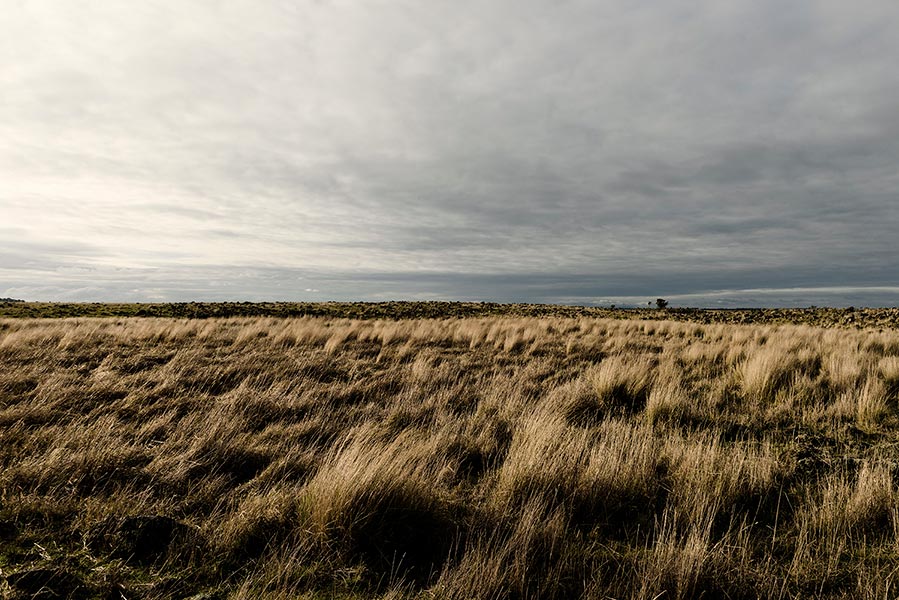 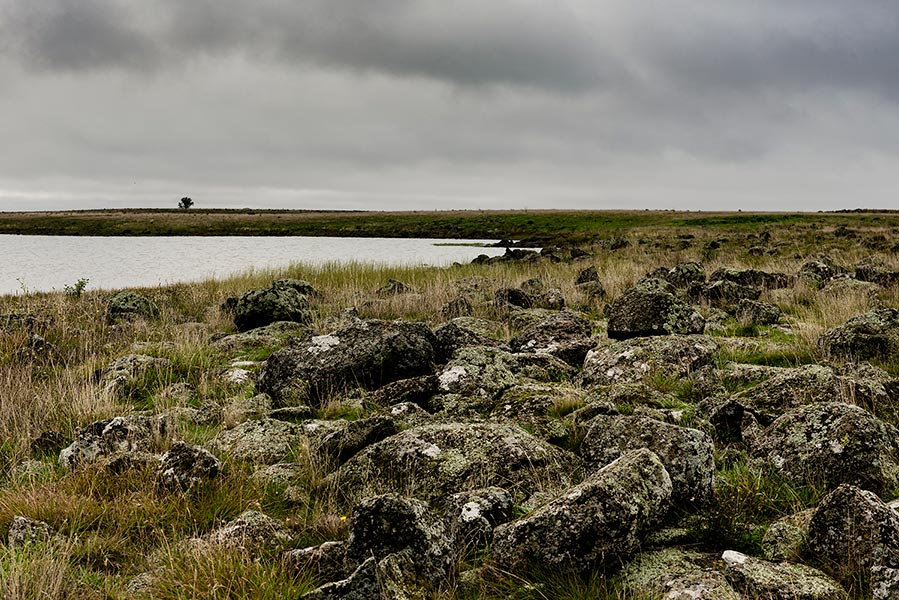 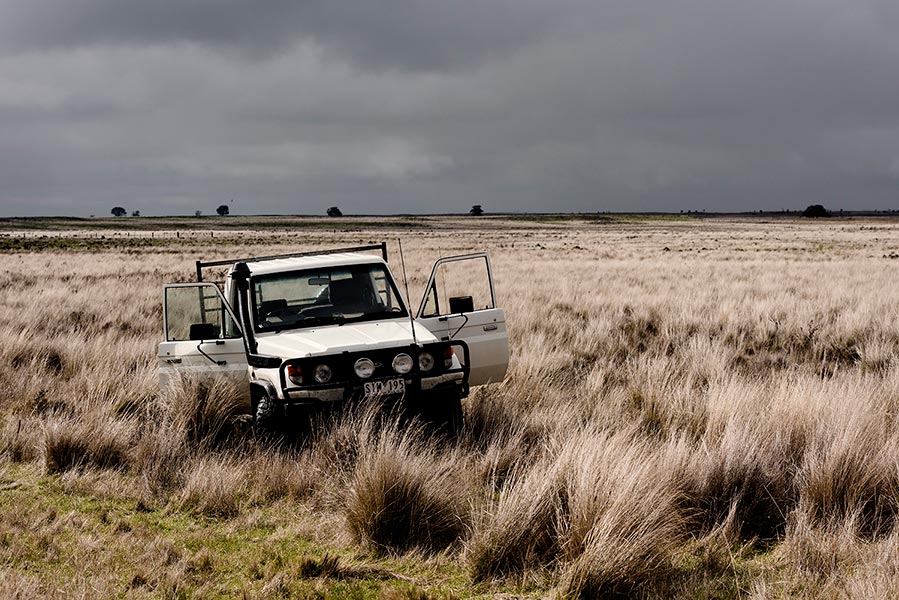 Well known and managed for its grassland values, Tiverton sits atop a largely flat, volcanic plain which makes it ideal for grazing land and the production of vegetable crops. Home to several thousand Merino sheep, producing an average fleece of around 15.5-micron, it certainly stands to reason that Hill, Sharp and Youngman are intent on protecting their property and finding more sustainable farming practices. After all, a better natural environment – such as the quality and abundance of grass and reversing the impacts of drought – make for better, stronger, finer wool, and thus a return on investment for growers, but beyond this, it plays into a broader and more deeply ingrained love of the land, where our proximity to a versatile and rich environment has long been a source of pride for Australians. A commitment to preserving natural biodiversity and finding more sustainable farming practices is evidence of Australian woolgrowers’ desire to make the fibre the number one choice for fashion designers and consumers alike when it comes to a more responsible industry.

When Youngman and Sharp bought Tiverton, they effectively brought together Youngman's farming knowledge and Sharp's conservation experience, and together set out to grow superior fine wool and to perpetuate the native grasses by better understanding what regenerative farming is all about. “We had a thesis that the microbiology would be really strong here and that there would be lessons that we can learn from the soil here that could be extrapolated across other properties,” he explains. “The lesson has been that you don’t need to destroy everything [for your farming business], but even more, it points to what we don’t know. An investment like this is a small price to pay in the interest of progressive farming.” Compost has been key to the broader project as, which in raw statistics speak volumes about the work that has been done and the potential benefits it offers as they apply their learnings to Tiverton in a more natural way; at his home farm, Ardgartan, Youngman has, in six years, taken the organic matter of his soil from around 2.5 per cent to 7.2 per cent, well above the district average of 1.5 per cent. Organic matter is the litter broken down by microbial populations and incorporated into the soil – the sponge, or humus, of the earth – and is, as Youngman says, “Mother Nature at her best”.

For every one per cent of organic matter, each hectare of the soil will hold around 150,000 litres of additional water through the growing season; on a property like Youngman’s, where average rainfall is 700ml, he is able to enhance his average rainfall – held equivalently in the soil – by a significant amount of ten per cent. Youngman is committed to bettering the soil quality in more ways; at his home, nearby in Hamilton, he makes around 8000 tonnes of compost annually, sourcing waste materials high in nitrogen and carbon, bringing them in efficiently on backloads, and mixing them together at the right ratio after strict analysis. “Mother Nature does the rest,” he says. It’s these sorts of initiatives that not only contribute to more efficient farming and superior quality of wool, but also to a more sustainable future.

At Tiverton, the native grasses and herbs provide an extended growing season more uniform protein supply to the fine wool sheep. As a result, the sheep have more even nutrition throughout the growing season, leading to an even fibre diameter profile, which in southern high rainfall zones like where Tiverton is located, is often hard to achieve. Through careful rotational grazing, the Tiverton team can perpetuate this advantage and limit the intake in spring when other systems struggle and cause a fibre tensile strength problem. It is further evidence of Tiverton's embrace of nature and clever farming practices to leverage it.

“The only real future for enduring, good quality conservation outcomes are the private initiatives like those we’ve undertaken.”
Harry Youngman

A particular source of pride for the Tiverton team is its instalment of a high quality predator fence, with assistance from Zoos Victoria and its Fighting Extinctions project, which runs some 18km around the entire property, making it one of the largest fox-free sites in the state. An introduced species, foxes, like domestic and feral cats, represent a significant environmental impact in their destruction of native habitats and rampant breeding. As a result of the locking of the property, coupled with the high quality of its grasslands and specific breeding programs, Tiverton has seen a significant uptake in the numbers of eastern-barred bandicoots. A small, rabbit-sized marsupial, the eastern-barred bandicoot is native to the area but is one of the country’s most endangered species, considered largely extinct in the wild. With its stony rises, grassland and seasonal wetlands, Tiverton has the potential to support up to 1000 eastern-barred bandicoots on its property. In turn, native animals like eastern-barred bandicoots, along with quolls and rock wallabies, help to promote the soil quality; they are, in the words of Youngman, soil engineers. “They’re the ones that, when they populate the property, will be turning the humus layer of the soil. It’s what they were put on earth to do this, and it’s spectacular what they can do.”

The team at Tiverton are the first to admit that they don’t know everything about progressive farming. “There is such a complexity to native grasslands that we don’t, and can’t, fully appreciate, and I know from managing this property for five years that we can still do a better job of it by marshalling the available resources and expertise,” explains Hill. “At a minimum it is doing a better job of our rotations [of sheep on the property] and engaging in [native] habitat restoration, because the alternative is that you lock up the land and think it will fix itself.”

Youngman agrees, adding that, “The only real future for enduring, good quality conservation outcomes are the private initiatives like those we’ve undertaken. We want to make this work and to develop sustainable practices and hopefully replicate them elsewhere in good time. We have this little postage stamp of land that we want to care for.”