Where Wool Comes From

Wool is a natural fibre grown by sheep that covers most of their body. The fleece protects sheep from the weather, keeping them warm during winter and cool during the hot summer. In Australia, where weather conditions can be particularly extreme, sheep live a mostly carefree life due to the natural insulating and cooling properties of their own wool.

Australia produces about 345 million kilos of wool every year – about one quarter of the world’s wool. This makes Australia the world’s leading producer of wool, followed by China, Russia, New Zealand, Argentina, South Africa, the UK and Uruguay. 98% of Australia’s wool is exported, with the vast majority of this exported to China where it goes through the initial stages of its journey into becoming clothing. In fact, in 2017/18, the amount of Australian wool sold was equivalent to 869 million wool jumpers. The Australian sheep flock is overwhelmingly Merino. Merino wool is the highest quality wool, sourced from a breed of sheep called Merino. These sheep produce finer wool than other breeds, which means that the vast majority of Australian wool is suited to the manufacturing of the world’s highest quality apparel and high-end fashion garments. Merino fibres are on average about one third the diameter of human hair, and Superfine Merino wool can be even finer than cashmere. Other major wool-producing countries such as China and New Zealand have greater proportions of crossbred sheep relative to Merinos, and thus produce wool with a wider diameter that’s more suited to interior applications such as carpets, upholstery and furnishings.

What makes Australia even more significant in the fashion supply chain, is that it is the world’s leading producer of fine apparel wool, growing 90% of the world’s supply of wool that goes into making premium wool apparel. So, chances are, if you own a piece of clothing made with wool, that wool grew on one of the 68 million sheep in Australia looked after by one of the 60,000 woolgrowers.

Shearing is the process of removing the fleece, which is just like getting a haircut as the wool grows right back. It’s for this reason that wool is truly renewable. There are about 4000 shearers in Australia who are highly-trained in the specific practice of shearing sheep. They do so with electric shears and are able to remove the fleece in one piece. It’s considered such a specialised skill that there are even national competitions to find Australia’s best shearer each year. 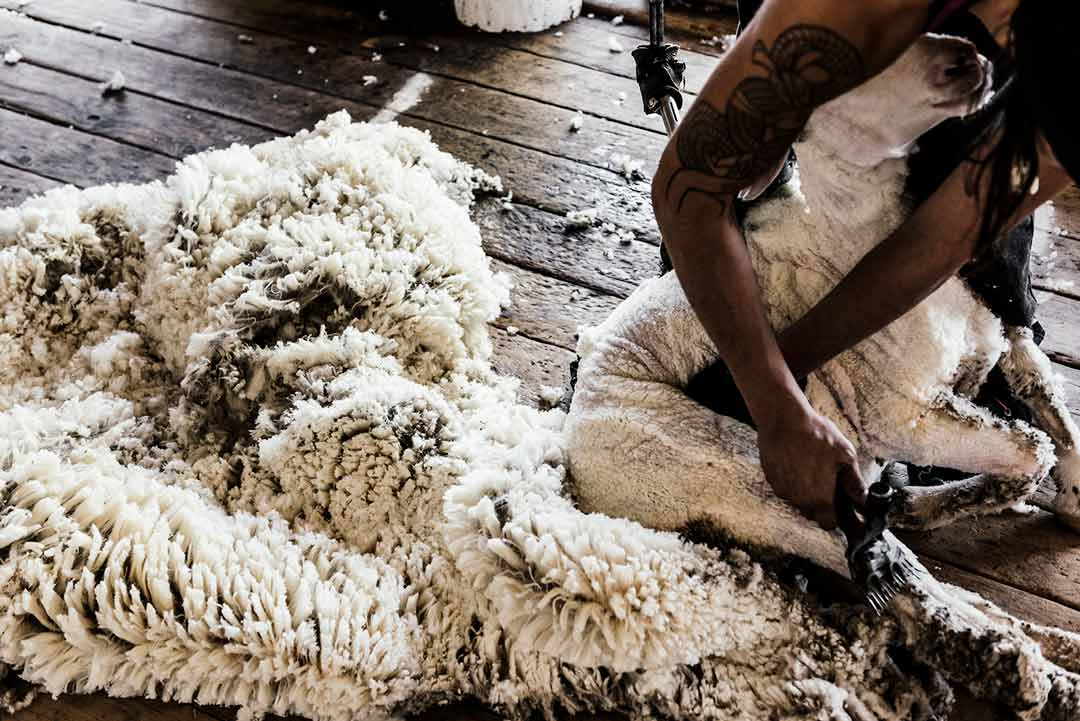 Most sheep in Australia are shorn once a year, which takes between two and five minutes, depending on the speed of the shearer. For the rest of the year, they roam vast paddocks across Australia’s landscape from the highlands of northern and southern New South Wales, Victoria and Tasmania, to the pastoral zones of Western Australia, South Australia and Queensland. The sheep eat grass, drink water and take in the sunshine; all key ingredients that go into the miracle fibre that is wool.

Wool primarily comes from sheep, with Merino wool coming from Merino sheep. Wool is made up of the protein keratin - the same protein found in human hair. However, Merino wool is much finer than human hair, which is why it is suitable for luxurious next-to-skin apparel. Discover wool's natural benefits and why wool is the responsible choice for conscious consumers.

How is wool manufactured

Two main manufacturing systems or methods are used for processing wool into apparel. These are the worsted system and the woollen system. The worsted system produces smoother wool yarns and ultimately smoother wool fabrics, which are used to make such clothing items as traditional tailoring, underwear and base-layers, sportswear, socks, uniforms and sweaters which have a smooth appearance.

Through the development of progressive farming practices, the wool-growing property Tiverton is leading the way to a more sustainable future.
Woolgrowers

Through the adoption of permaculture practices, Australian wool-growing property Millpost Merino has led the charge for long-term land regeneration and self-sustenance.
Woolgrowers

In small rural pockets of Australia, isolation can sometimes lead to higher rates of youth unemployment. But a shearing school for Indigenous Australians presents an alternative.