Driving through the low-lying fog that envelops Bungendore to climb a dirt road lined with eucalyptus trees, the unassuming entrance – a steel gate with a rusted Millpost sign and a small, green wildlife conservation certificate – belies the unwavering commitment to environmental stewardship found here within. A wool-growing property in the Southern Tablelands of New South Wales, Millpost has been in the Watson family since 1922 and has maintained a fine wool Merino flock for all these years. 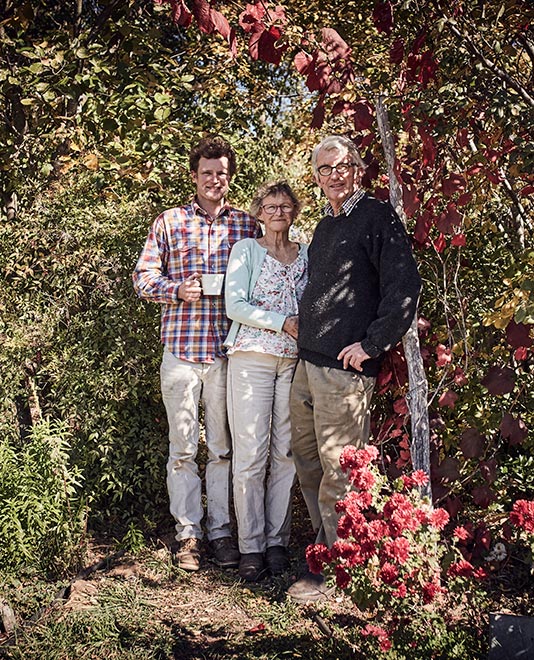 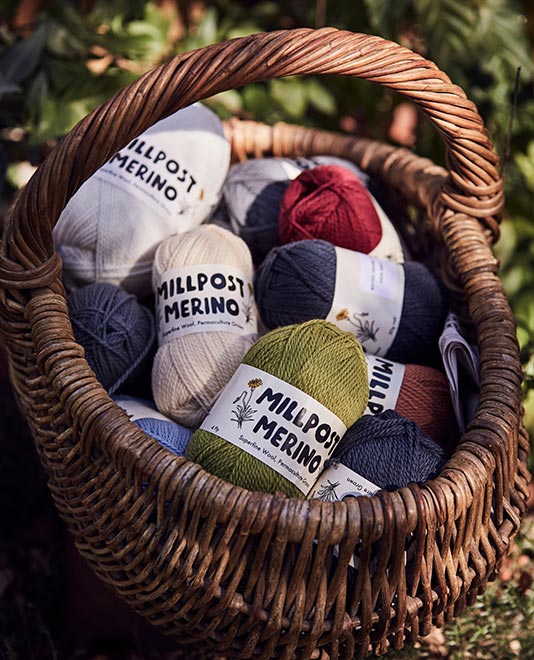 Traditionally managed for conventional grazing, there had been limited investment in the improvement of the land until 1979. A then-recent graduate of law at the Australian National University, David Watson had no intention of taking over the farm’s management growing up, however whilst working at a solicitor’s office, he picked up a book that changed his thinking. Permaculture One, a seminal book by Bill Mollison and David Holmgren, was a visionary work that showed how living off the land could in fact improve it at the same time.

Described in Permaculture One, permaculture is “an integrated, evolving system of perennial or self-perpetuating plant and animal species useful to man,” and in 1979 this concept was very much a new approach to farming in Australia. Over the coming years Watson and his wife, Judith Turley, would implement a permaculture design at Millpost with their superfine Merino flock that would change the farm in its entirety to become a leading example of broad-scale permaculture. Along with their three sons – Harry, Roy and Murray – the couple would invest in a myriad of initiatives so extensive that after forty years of practising permaculture at Millpost, the property is now a self-sustaining and diverse ecosystem that holds extensive benefits for the land, the animals and the family. This extensive design involved the implementation of a gravity-fed self-sustaining water supply, the restoration of land subject to erosion and soil degradation, the connection of remnant woodlands with shelter belts for both native and domestic animals, and an overall diverse agricultural enterprise with solar energy, vast vegetable gardens, house cows and chickens. 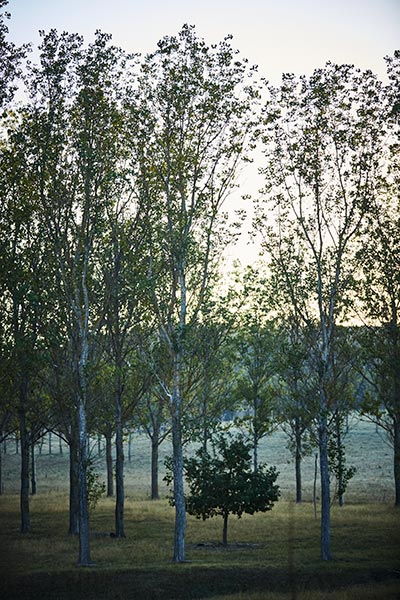 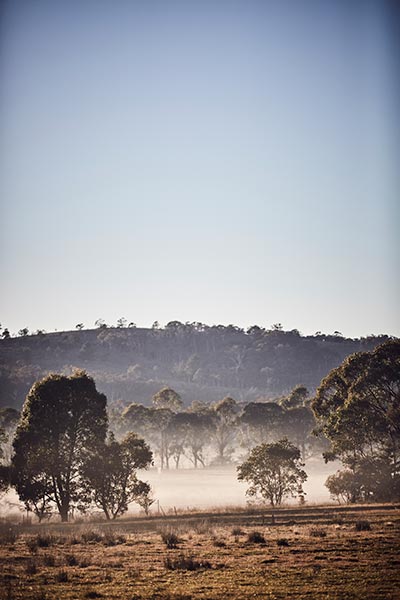 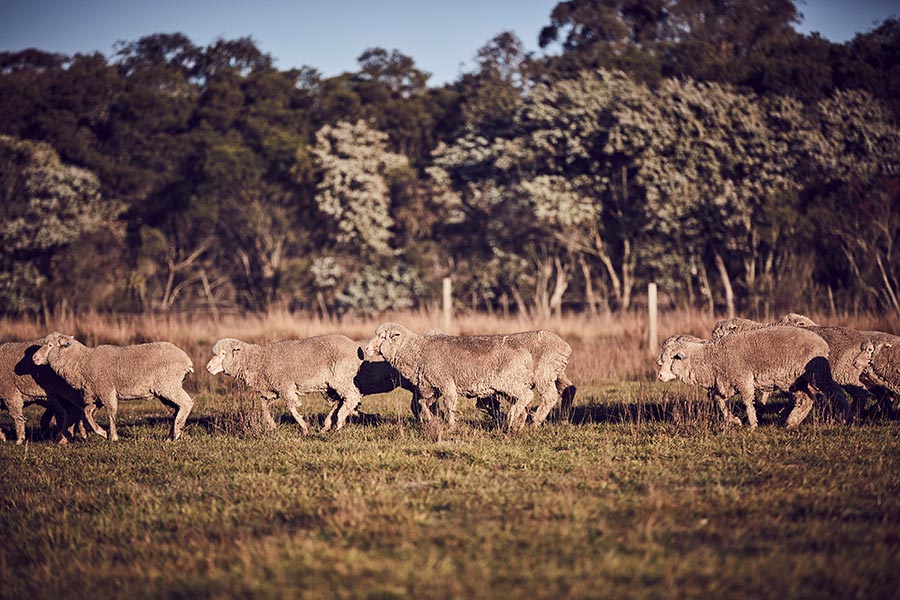 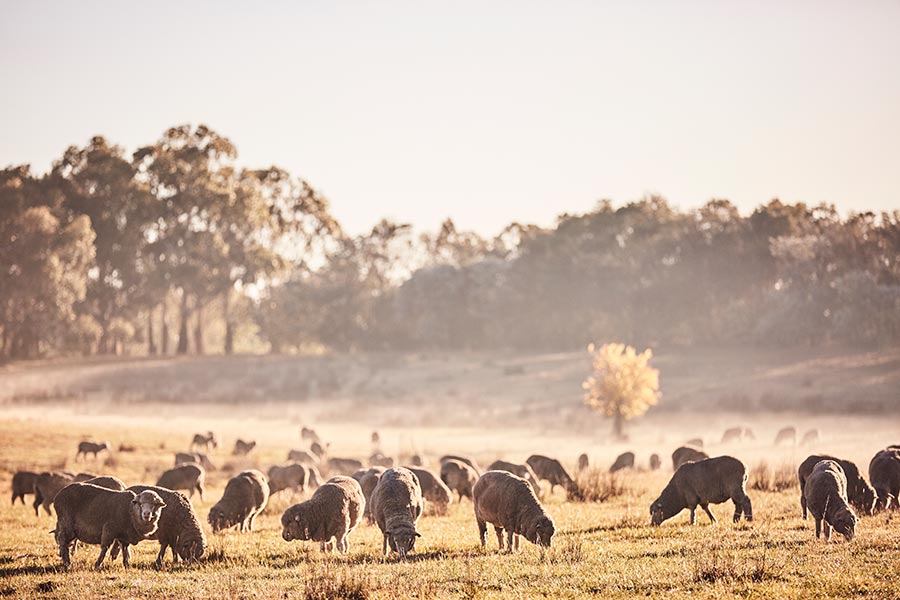 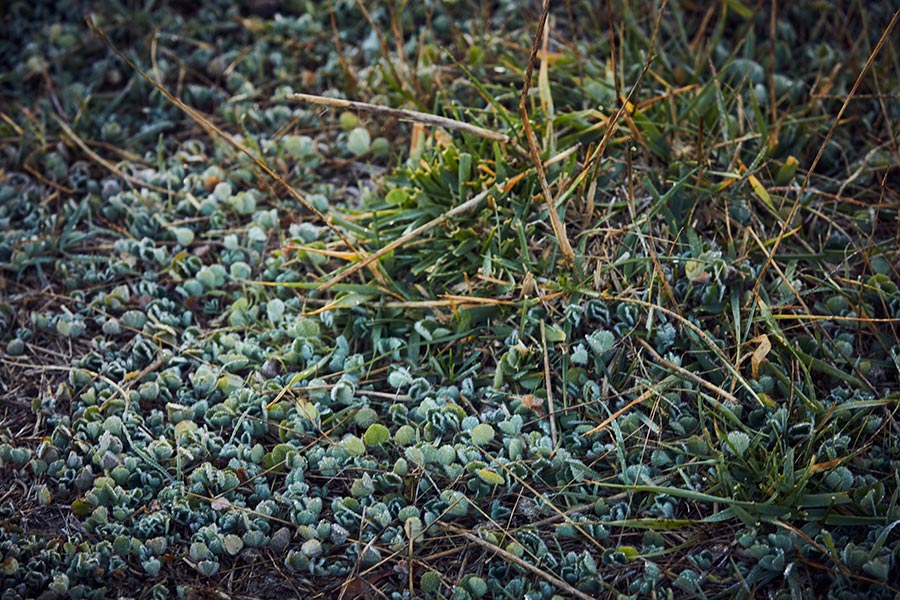 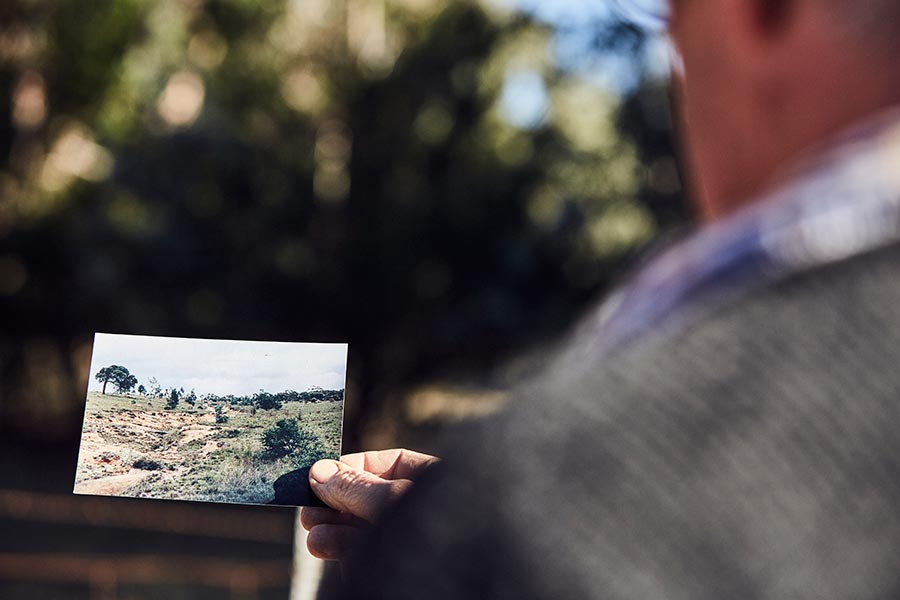 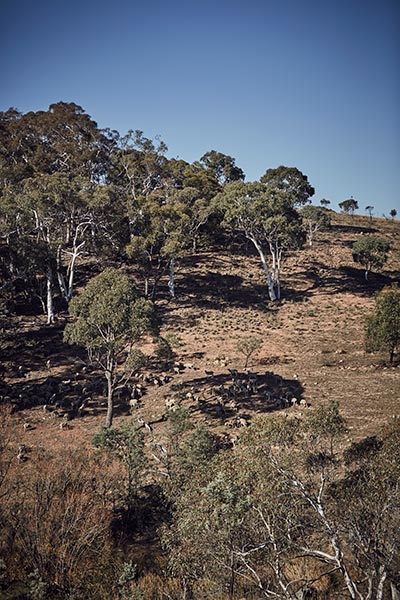 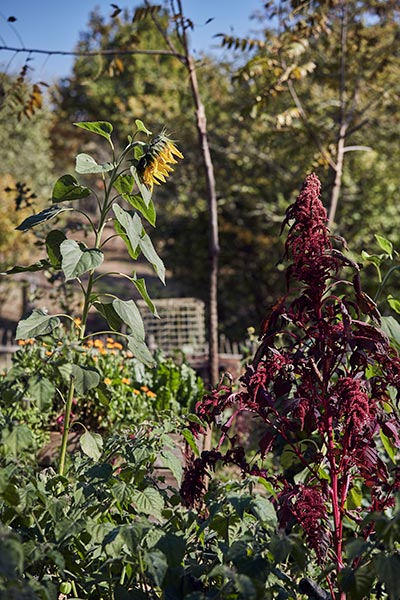 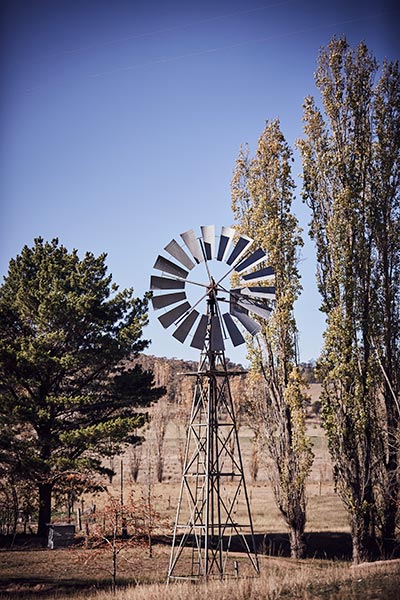 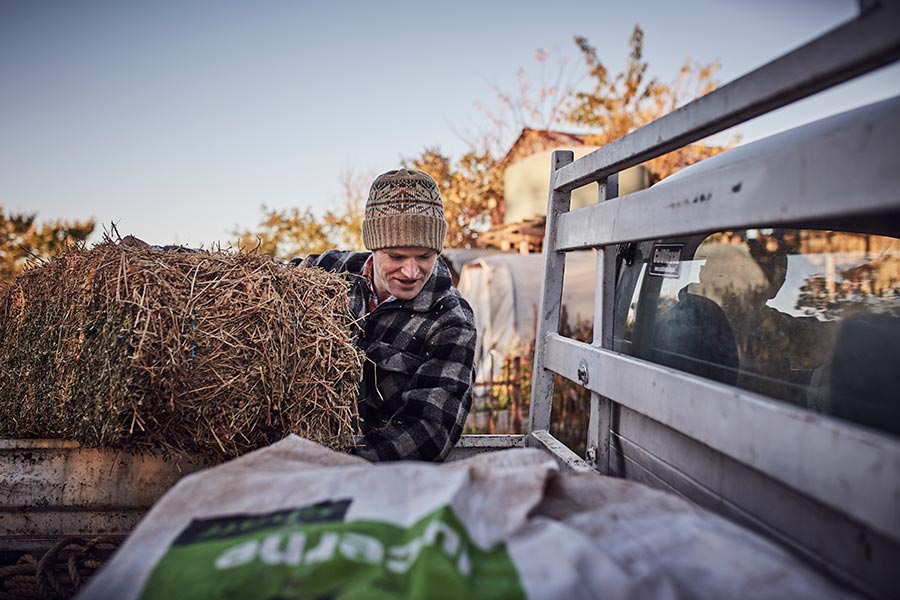 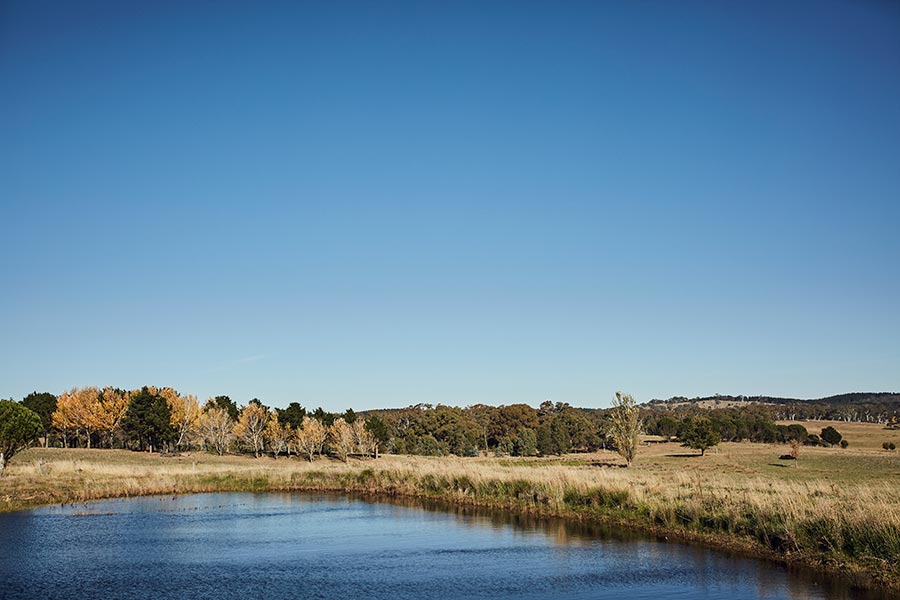 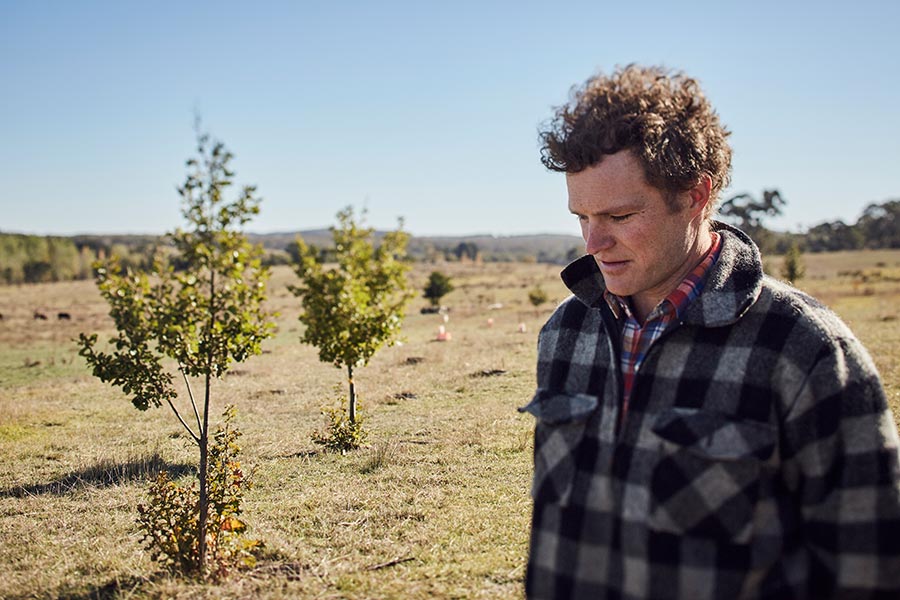 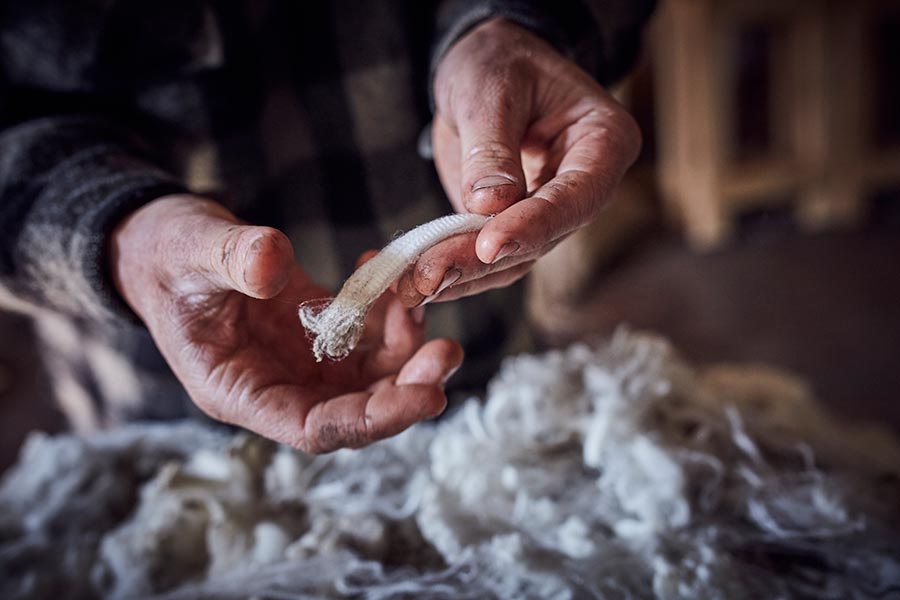 The first stage of restorative work began in 1979 with the fencing in of an eroded gully and the planting of vegetation around the erosion to begin the process of healing the land. Since then, the family has planted a huge variety of native trees such as wattles, casuarinas and eucalyptus species, and exotics such as oaks, poplars and willows across Millpost to produce a myriad of benefits.

The first concern the trees have addressed is the restoration of erosion tracts. In the 1970s, bare, wound-like gul- lies traced through the valleys of Millpost. The family went about fixing this by planting fast-growing exotic trees with shallow root formations that held the soil together to allow top soil to gather and pasture to take root. The second advantage of planting so many trees is the shade they afford to the stock and protection they provide to the native fauna. Every paddock is dotted with old and young trees, both native and exotic, whilst fenced-in wildlife corridors and shelter belts connect remnant forests and woodlands to provide shelter for the sheep and to allow birdlife safe passage across the entire property. Due to these protected areas, native bird populations have increased from sightings of fifty species to more than one hundred and thirty species. 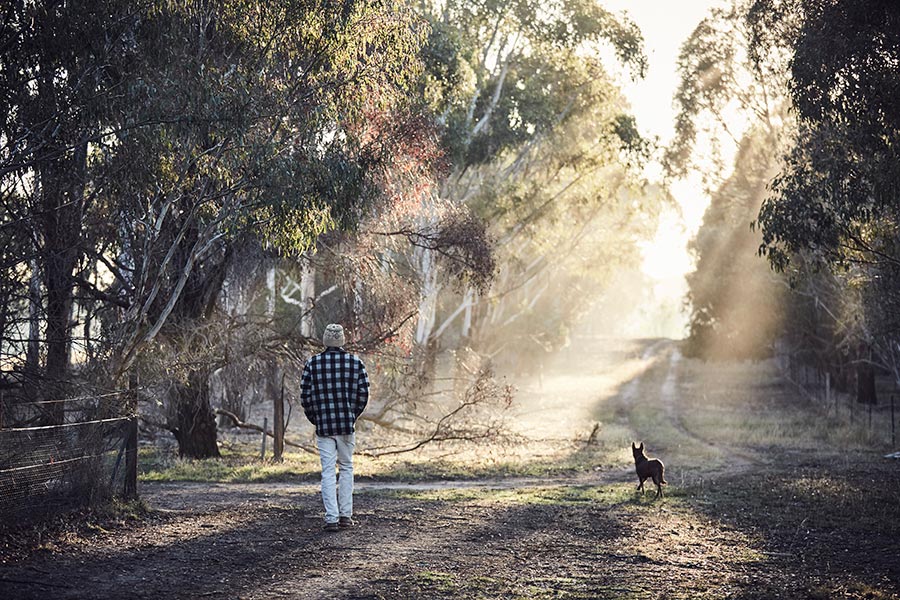 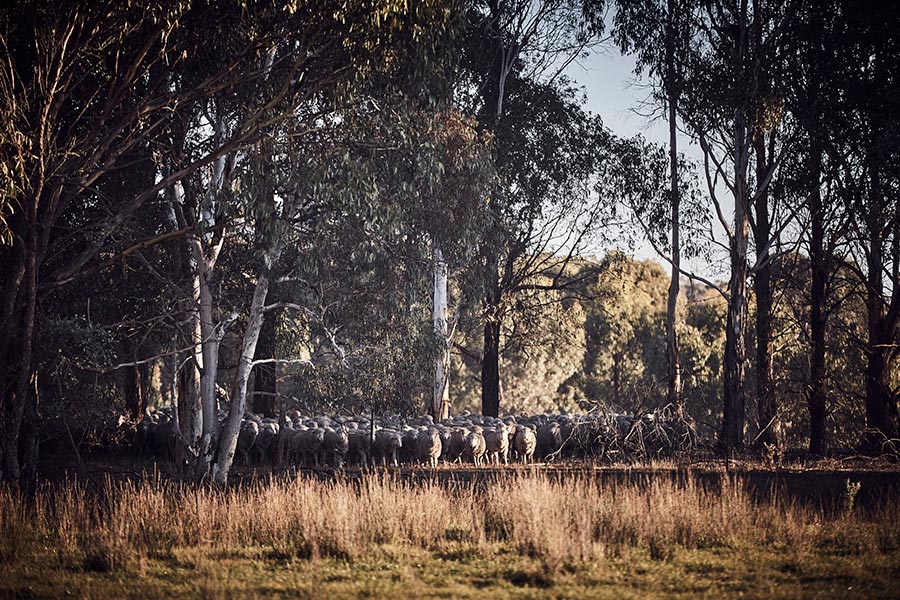 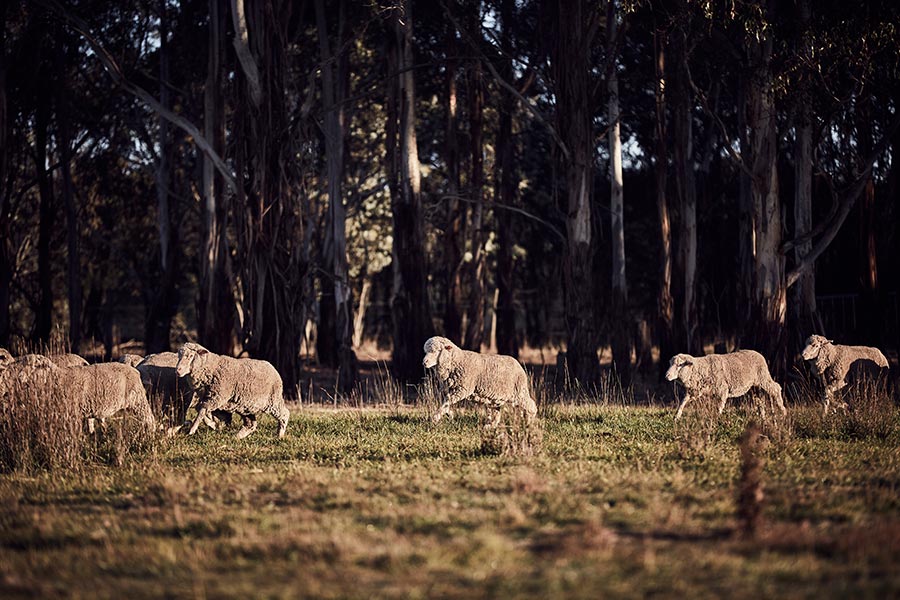 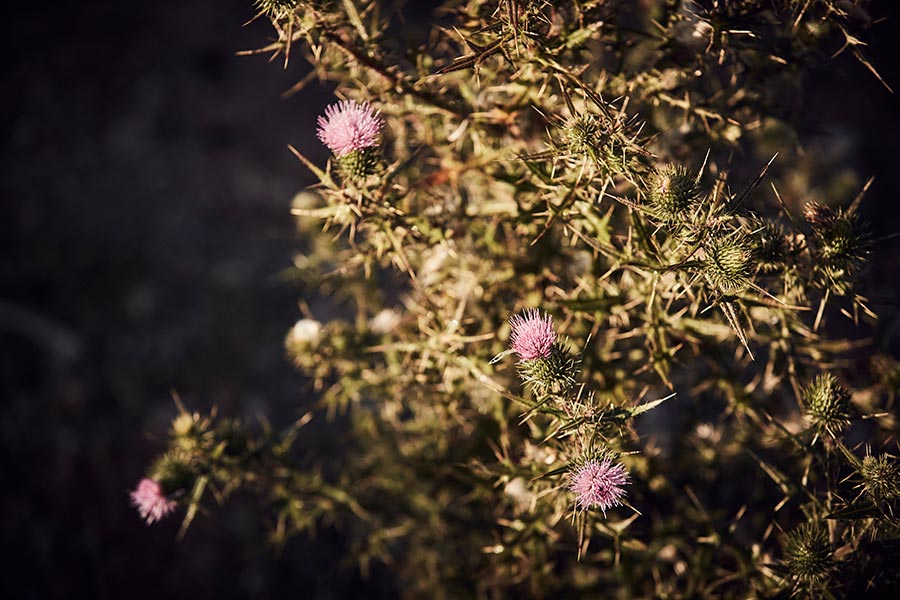 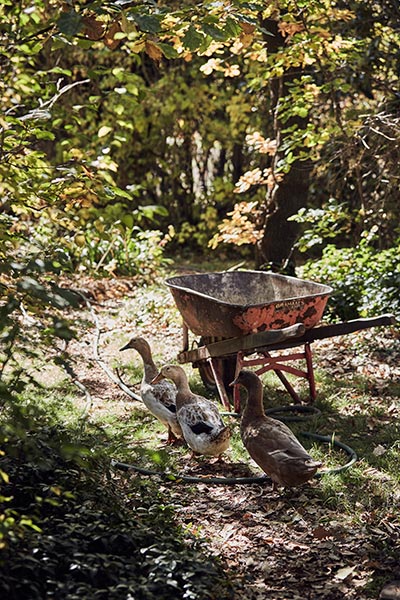 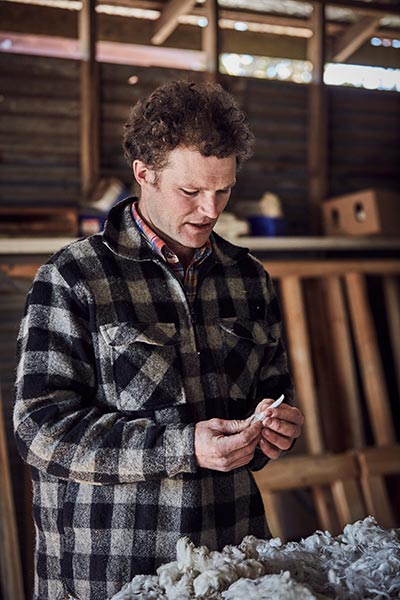 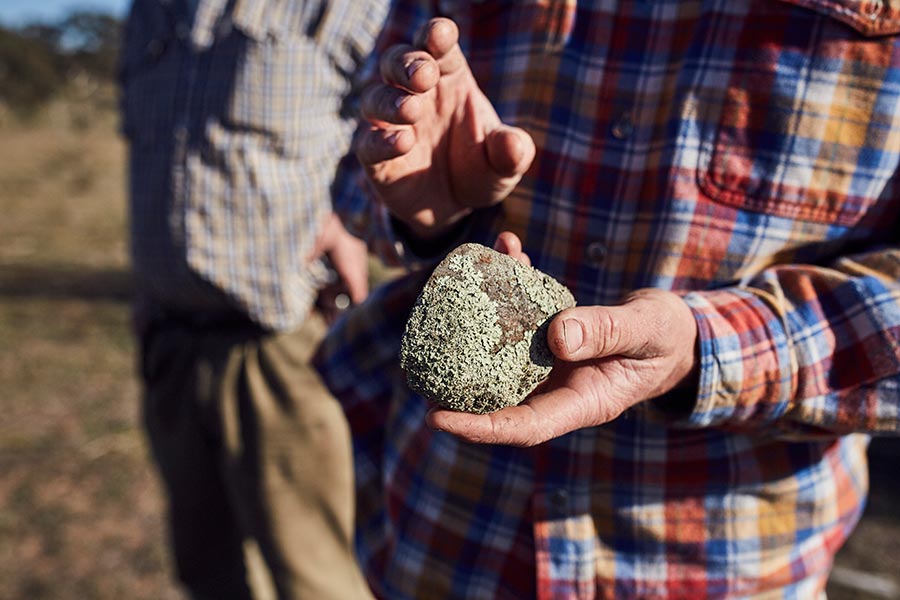 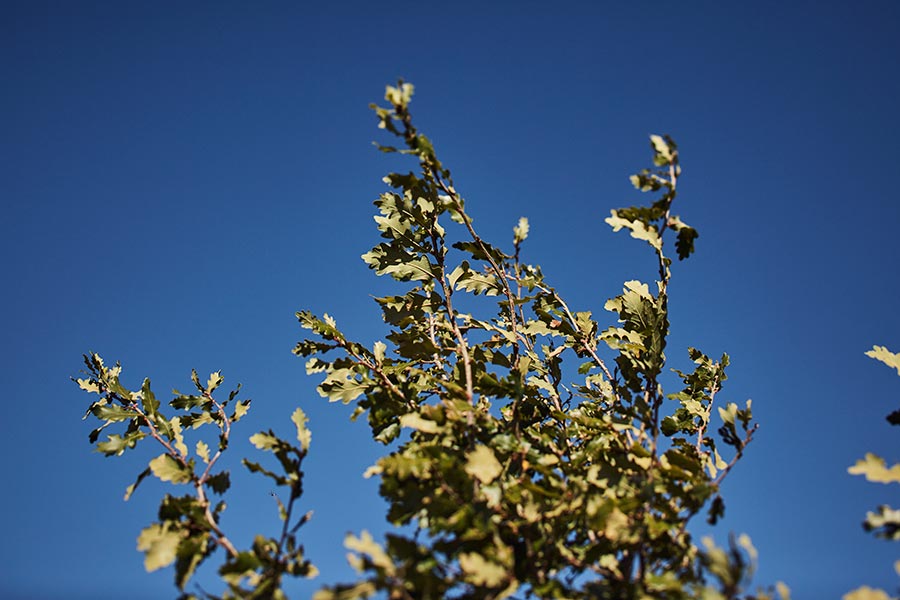 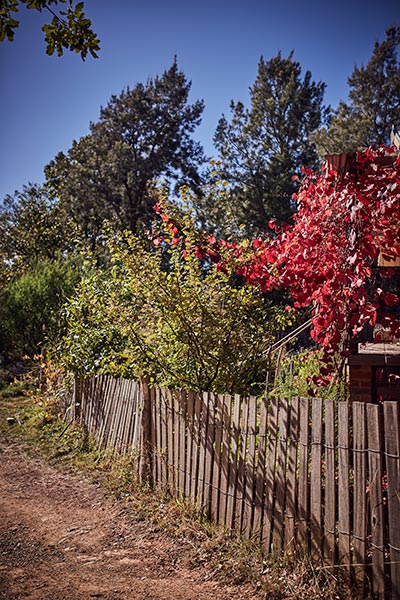 As part of the plan, the grazing of Millpost has been designed to regenerate the pastures. To achieve this, the couple adopted holistic management. The brainchild of South African farmer Alan Savory, holistic management was developed in the 1960s as a decision-making framework that encompassed environmental, economic and social factors. The grazing structure mimics that of the giant herds of wildlife in Africa, which heavily graze pastures for a short period of time before moving on and leaving the pastures to regenerate. To adapt this to an Australian setting, large mobs of sheep move around the property, heavily grazing each paddock before leaving it to rest for around six months of the year. This system of grazing quells weed infestations, promotes pasture growth and provides the sheep with a variety of fresh pasture year-round, resulting in the regeneration of a diverse range of native pastures, grasses, shrubs and trees.

“To be able to wear the wool that we produce is a real joy to us – it’s one of our greatest achievements.”

One of the key concepts of permaculture is the idea of self-reliance and Millpost has embraced this whole-heartedly. A large vegetable garden supplies the household with fresh seasonal vegetables and an orchard provides the household, and begrudgingly, the wild birdlife, with fruits and nuts. A mobile chicken coop houses a mixed breed, which provides the household with eggs. A small herd of house cows are kept and produce milk and yoghurt, and butter and cheese when there is excess milk. A stable water supply was established in 1984 by connecting a large dam with a series of smaller dams higher up on the hillside to catch divergent water streams and supply the household and garden with a year-round water source. Solar panels have been installed to provide ample energy for the three households and shearing shed at Millpost and slow combustion woodfires heat the houses throughout the Bungendore winters, fuelled by wood felled on the property.

Watson says that over the years they have learnt a lot from experimenting with what works for their property and they are in a continual state of improvement and learning. In recent times, the land around Bungendore has increased in value and many of their neighbours are now hobby farms. Due to the rise in land value the family have realised that to maintain Millpost as a functional and economically viable enterprise they have had to diversify the business. One of their sustained and collective wishes has been to share the wool that their Merino flock produces with their local community. Turley explains that it has always been a disappointment that once shearing was over, the last glimpse of their wool would be at auction before it was shipped away overseas. To address this and to align with the permaculture philosophy of local self-reliance, the family decided to value-add by starting Millpost Merino yarn. “To be able to wear and share the wool that we produce is a real joy to us – it’s one of our greatest achievements,” says Judith.

Ella Edwards hails from a Merino wool growing property in southern New South Wales. After completing her Honours university degree, she has combined her passion for Merino sheep and the wool they produce with her skills in communications at The Woolmark Company.