Pluck one of the hefty volumes of customer records, recently rebound in rich blue leather, from a shelf in Henry Poole & Co’s newly opened archive room and have a flick through its sepia pages. The names you may come across – as well as those of Charles Dickens, Dr Livingstone and Buffalo Bill – include enough shahs, tsars, earls, emperors and royal majesties to fill several imperial palaces. Emperor Napoleon III, King Umberto of Italy, Prime Minister Disraeli, Winston Churchill, Charles de Gaulle, King Edward VII – all visited this, the oldest tailor on The Row, in pursuit of garments which would help them exude power, dignity and authority with every public appearance. 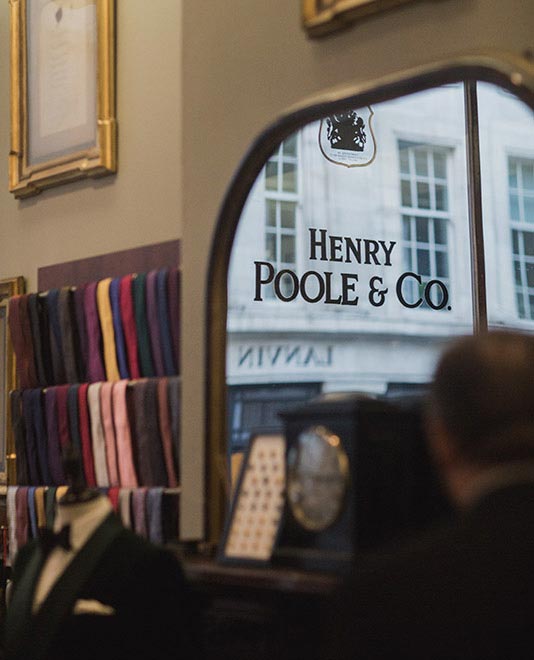 What drew them here was the borderline-obsessive attention to symmetry, balance and poise that has been at the heart of Henry Poole’s approach to tailoring since James Poole and his wife Mary, having established the business in Brunswick Square in 1806, made a name for themselves tailoring for the officers’ troops at the Battle of Waterloo. “Mr Poole was very interested in the balance of the body,” explains Simon Cundey, managing director, and the seventh generation of family owners (it was inherited by Henry’s cousin, Samuel Cundey, on the former’s death in 1876).

“He was interested in compensation – in making clothing which corrected the small problems that gentlemen have in terms of their drape and shape: the shoulder-line, the shoulder blades, the length of the torso as compared to the length of the legs – all those proportional aspects of the body, as well as the mathematical aspects: the distance between the nape of the neck to the floor giving you the half-length of the coat, which is the proportioning of a classic suit. Some people have longer torsos, so to give them a longer leg he’d make the coat a bit shorter.” High armholes and a nipped waist also add to the inherent virility of a Henry Poole suit.

To this day, adherence to the tailoring tenets that have prevailed at Henry Poole for over two centuries still reign supreme within number 15 Savile Row (the firm has resided on the street since its founder’s death in 1846 – also the year James’ son took over and gave the business his own name – bar a 20-year spell in nearby Cork Street from the early 60s). “With a Poole suit the waist button is actually put right at the belly-button point,” continues Cundey. “That’s the true waist position. Fashion currently has it a bit higher in the waist, and in the 80s it was an inch lower, but if a customer wants perfect balance, then the traditional position is where he wants the button.” 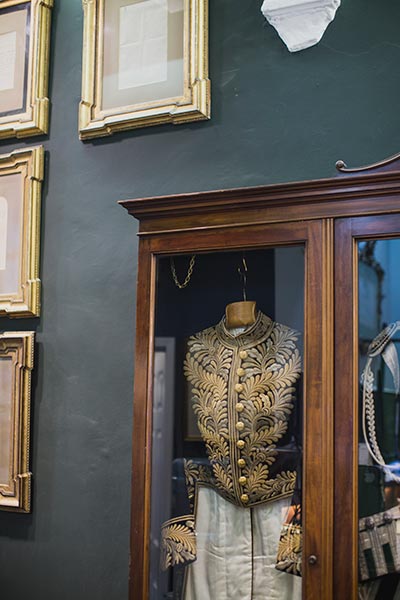 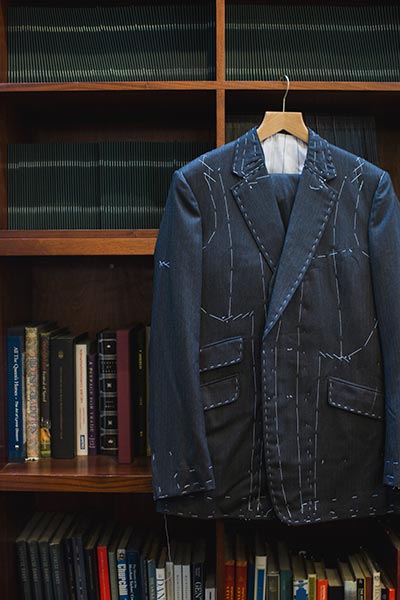 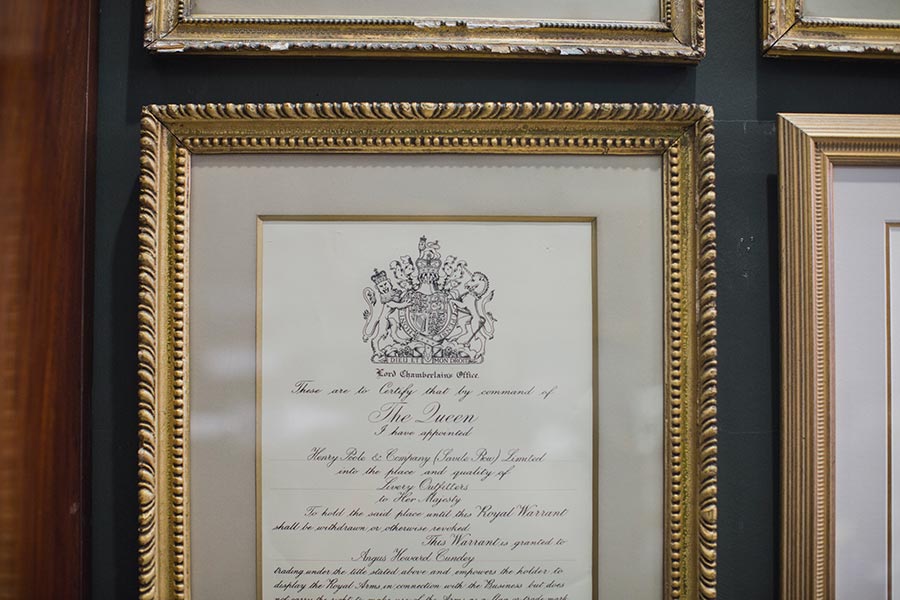 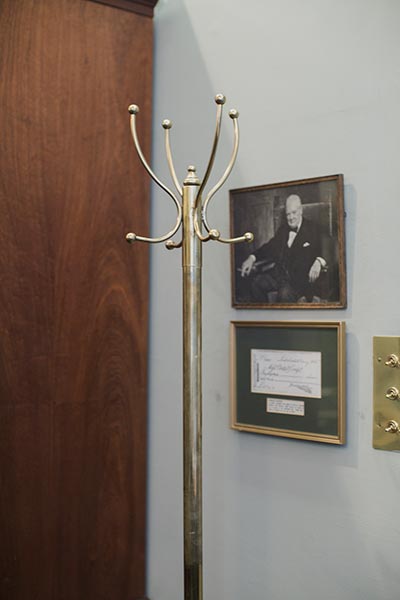 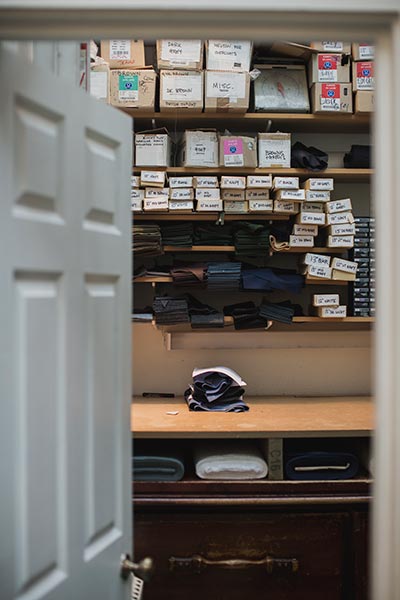 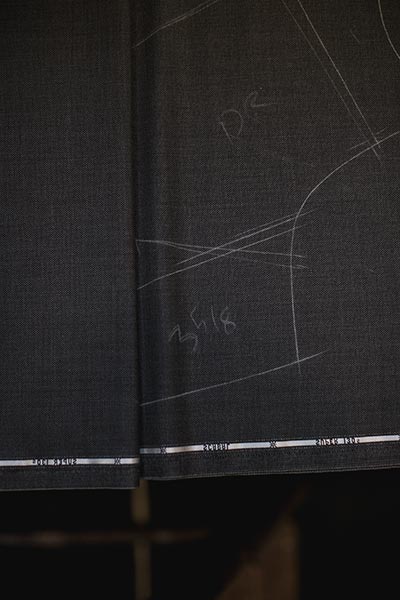 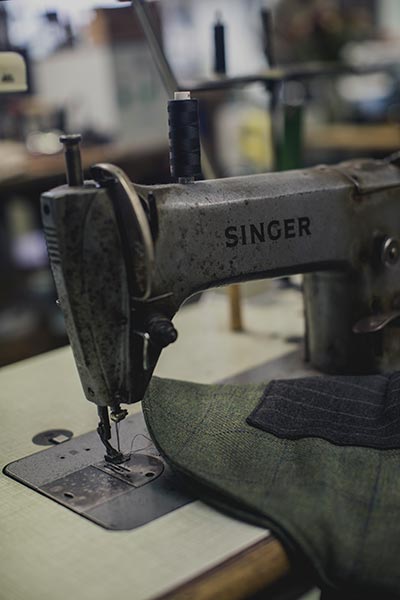 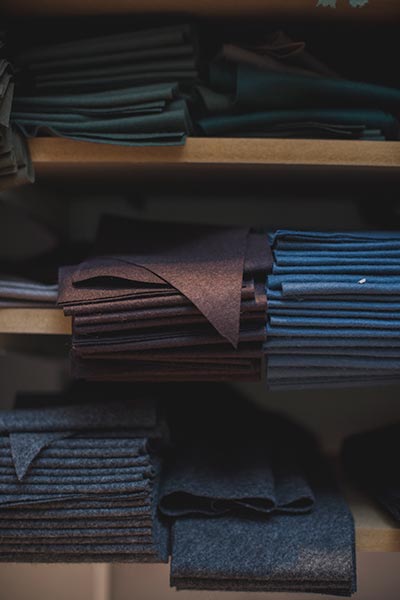 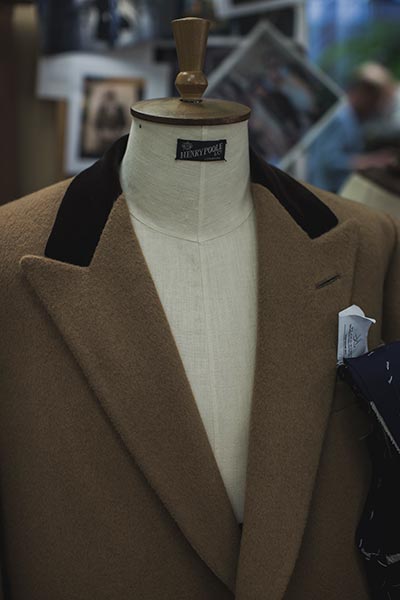 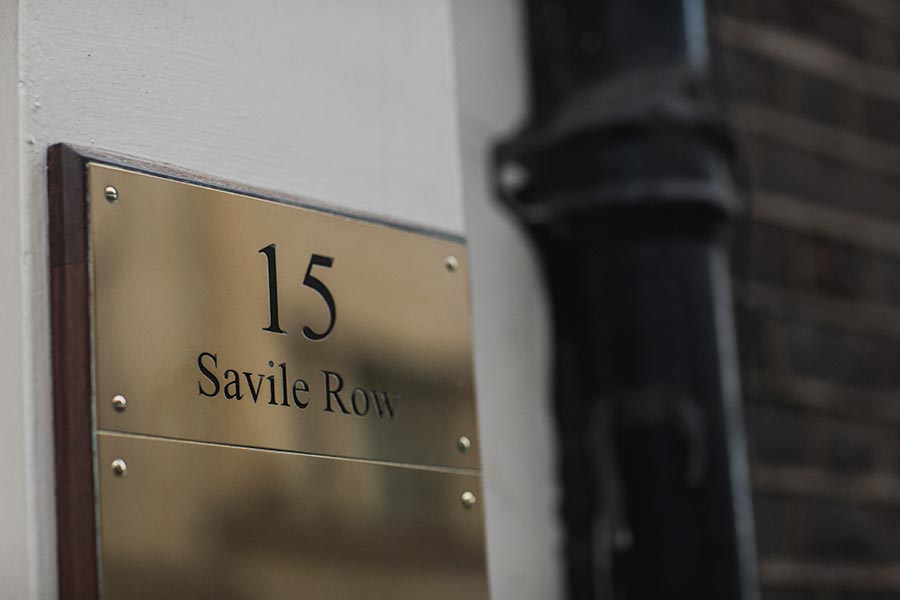 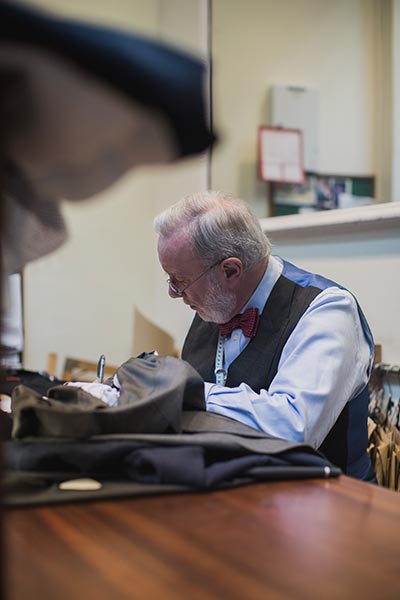 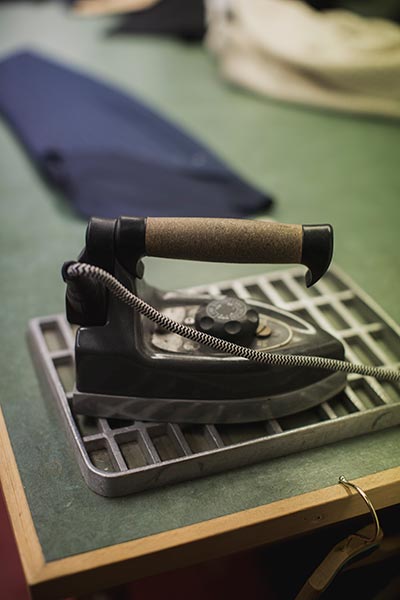 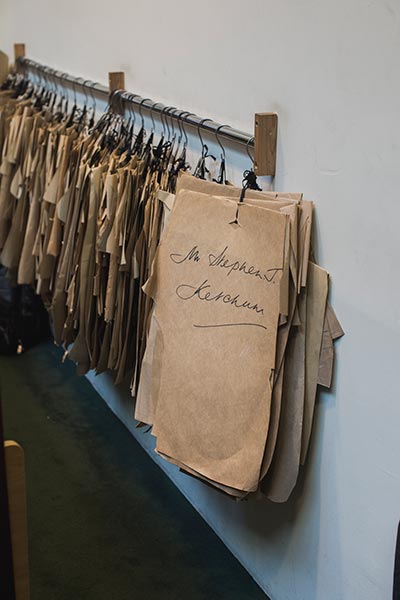 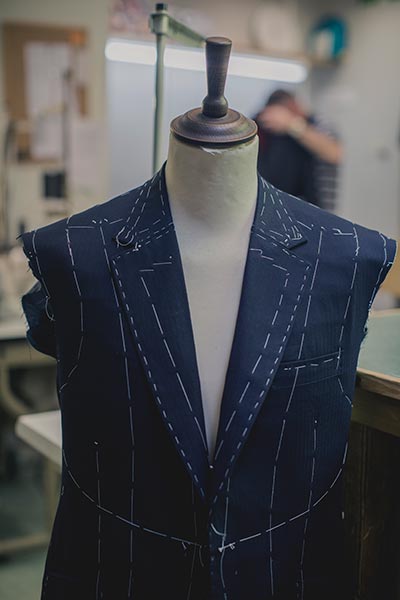 Despite its rigid obedience to certain time-honoured rules, Henry Poole does have its own trademarks. “We put the gorge line, which is where the top collar meets the lapel, higher up, which gives a real sense of elevation to the wearer,” says Cundey. “Our sleeve-head has a bit of a ridge while the drape comes into the side, which gives the wearer a good bit of chest, and allows them to have a wallet or something in the pocket without a bulge. Slimmer and trimmer trousers have been more popular over the last few years.”

Despite being safely ensconced within the realms of tradition, Henry Poole is well aware of the obligations the word “bespoke” carries. “The suit may or may not have the ticket pocket or side vents, or the cross flaps slanting,” says Philip Parker, vice chairman, one of the firm’s five senior cutters and a man who can count cutting Rex Harrison’s cloths for My Fair Lady and re-creating Emperor Hirohito’s costume for Madame Tussauds amongst his professional achievements. “Centre vent rather than side vents? Rolled sleeve head? We’ll do it. We travel all over the world and deal with different countries, and people want their clothes made in a certain way. I’ve got two garments underway downstairs we can even term as deconstructed. But the basic shape won’t change.”

Parker, who joined Henry Poole around 1980 having honed his skills at Sullivan, Woolley & Co on Conduit Street, says that the post-war influx of talent – from Polish and Czech tailors to Cypriots, West Indians, Italians and Russians – is among the changes he’s witnessed during his time working in the district. The age of its skilled personnel has lowered, he says: “Once in Savile Row, the average age in the workshops was about 60; now it’s definitely 40 and falling.” Henry Poole’s education program – it has handed out 62 diplomas in ten years to coat makers, trouser makers and cutters has helped bring a youthful element to the street’s work force.

“Merino wool has every attribution you want – it breathes, it can be woven to a very high standard; we’re shrinking it, pushing, shoving, doing all sorts of things because we have to create a shape.”

But perhaps the biggest contributor to British tailoring’s evolution over recent decades, Parker says, is the quality of the wool fabrics which are among the 4,000 or so materials at his and the Henry Poole team’s disposal. “Merino wool has every attribution you want – it breathes, it can be woven to a very high standard; we’re shrinking it, pushing, shoving, doing all sorts of things because we have to create a shape,” he says. “And the microns on the fibres now! When I came into the profession, the average weight was probably about 14 ounces. Now, on the higher grades – the 150s, the 160s, 200s – they’re almost paperweight.”

Henry Poole’s most famous nugget of folklore, though, concerns fabric of a different nature altogether. “There are two or three versions of the story of how Henry Poole invented the tuxedo,” explains Cundey, “but our belief is that Edward VII, back in 1865, asked Poole to make him something less formal than tails to wear to a dinner at The Sandringham Estate in Norfolk. Poole cut the tails and used a dark blue silk, which later became midnight blue. It had a short coat, or lounge jacket as they called it. Soon after, his friend James Potter came from the States, admired it, ordered one too and took it back to Tuxedo Park in Orange County, New York, and his friends there all said: ‘What the hell are you wearing for dinner?’ He replied, ‘Well this is what The King wears in London.’ So they all went and had them made as well.”

A dramatic deviation from suiting convention may be Henry Poole’s most noteworthy dinner party anecdote, but the success of Savile Row’s oldest house is built on a bedrock of two-centuries-old bespoke tailoring tradition. Those beautifully bound archives are more than just a curiosity for the sartorial historian – they are a tangible testimony to this thoroughfare’s rich heritage.