Anyone doubting the crucial role of youth in the classical tailoring renaissance should, next time they’re in Mayfair, step into one of the two achingly contemporary, ultra-hip premises where the eponymous Thom Widdett and Luke Sweeney – 31 and 29 respectively – weave the tailor’s magic arts with a mastery that belies their youth.

When Woolmark arrives at the larger of their two ateliers on Bruton Place, to hear how they got to the top of the London tailoring tree well before becoming Tricenarians, a pretty apposite song is blasting through the atelier’s speakers: Time Is On My Side, as performed by The Rolling Stones - a group of men who, as youngsters, also helped ratchet up tailoring’s hip factor.

“Thom and I met when we worked together at Timothy Everest, a tailor over in Spitalfields,” explains Sweeney, the pair now reclined on a large leather sofa in the middle of a soft lit emporium which features a whiskey bar, a deer’s head on one wall and racks of sartorial finery which, even at a glance, smacks of a youthful take on the classical Savile Row silhouette. “I was brought on to take on the made-to-measure side of the business,” he continues, “while Thom, who would have been 19 – I was 22 - was already there working as a trainee cutter on the bespoke side. That would have been 15 years ago.”

Sweeney’s uncle was in the clothing industry, and he had already caught the bug as a child watching tailors and coat makers working in the cutting room (“Everyone looked smart, everyone looked cool, and I just wanted to be a part of it,” he says). But, until he met Widdett, he felt something of a loner when it came to his passion for the outfitter’s arts. “Tailoring back then wasn’t considered cool like it is now – it was going through a dull period, thanks to factors like dress-down Friday – and it seemed like a weird time to be starting out in the field, but in hindsight it was a great place to work. It really wasn’t stuffy or pretentious, and was a great training ground for us. It was a lucky start.” 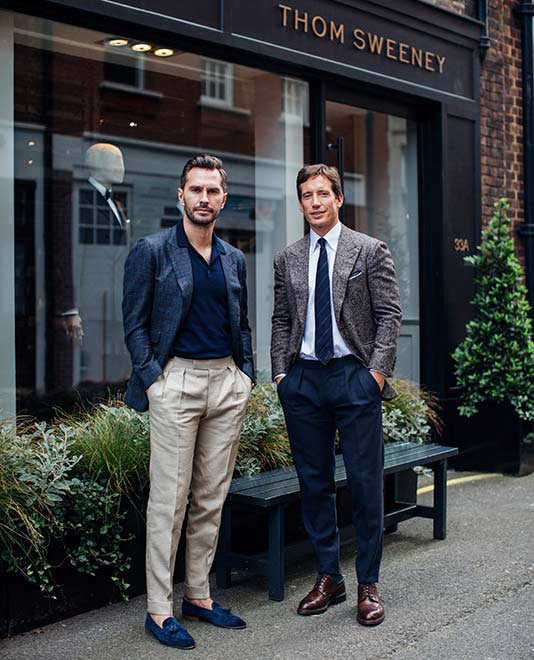 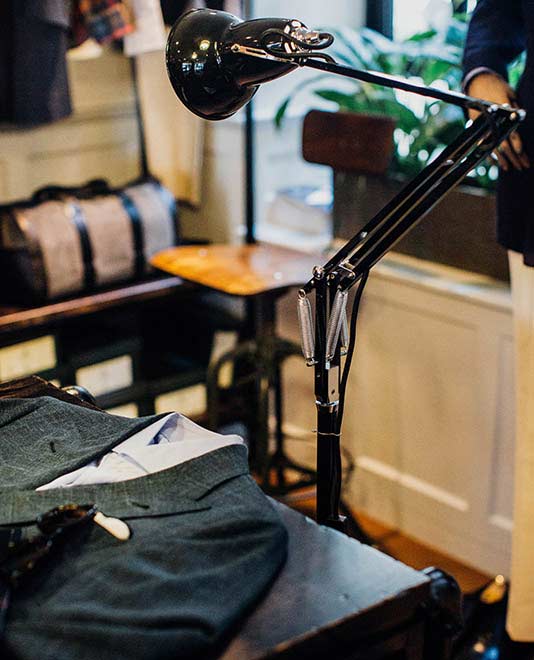 Spotting a widening void in the tailoring realm – “A lot of cutters and tailors were leaving, to push the wholesale side of the business,” says Sweeney – the pair decided to form a breakaway partnership. “The timing just felt to do our own thing,” says Widdett, “and we had similar viewpoints on where we wanted to take it, despite bringing different things to the table - me on the bespoke side, Luke on made-to-measure. We didn’t knuckle down and make a detailed plan of what we were going to do - it was all baby steps. We started out with just a few clients to work with.”

With just this handful of highly prestigious customers to their name, Widdett and Sweeney took on their first premises on Stratford Place – “a battered old house in north Mayfair”, as Sweeney puts it. “There was no signage or anything – we were just working in a six-by-six room with a cutting board and a mirror in it. It’s quite funny looking back - some of the clients coming to us early on were pretty high profile captains of industry, CEOs of major banks, US hedgefund managers, all pulling up in fancy cars and we’d drag them up a staircase into this dusty old, tiny room.” 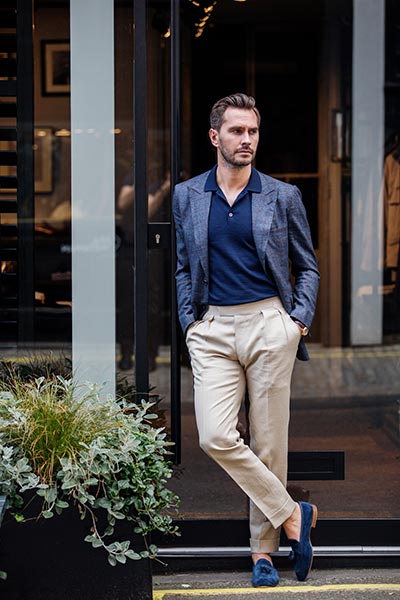 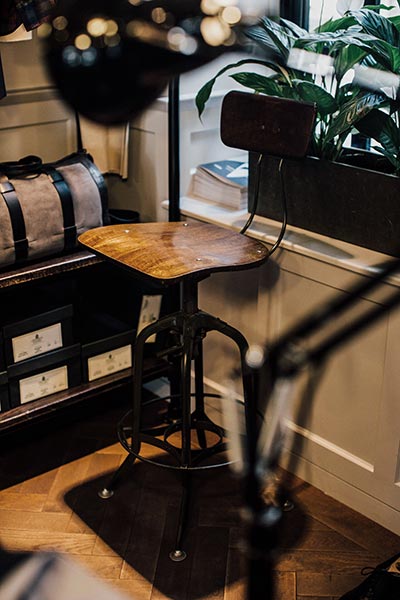 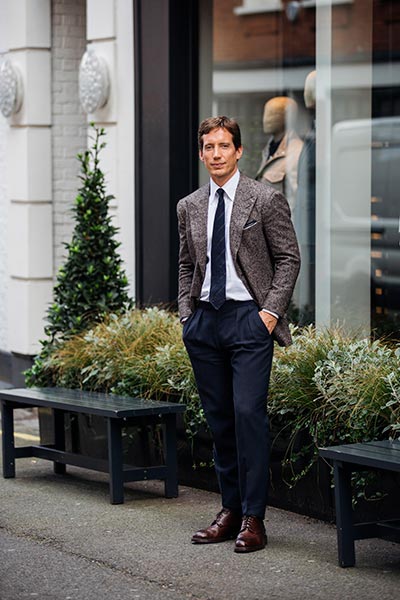 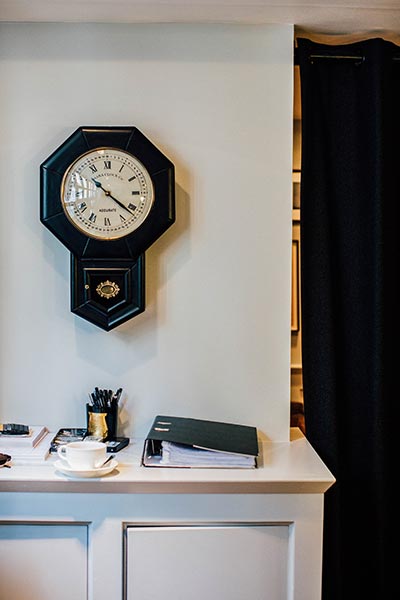 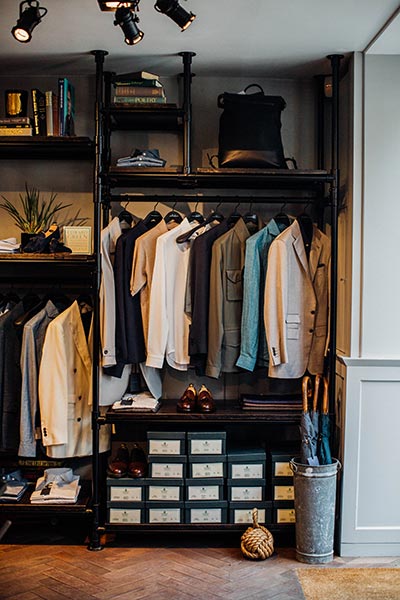 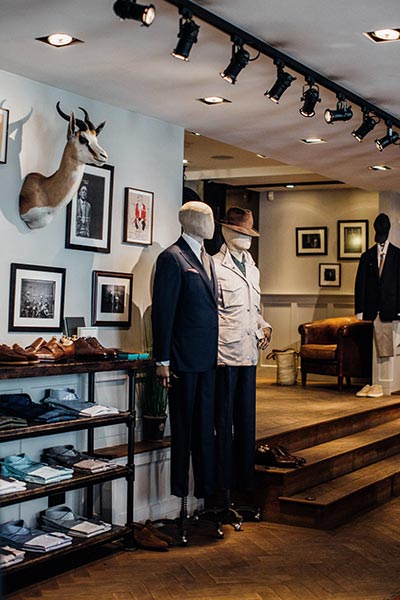 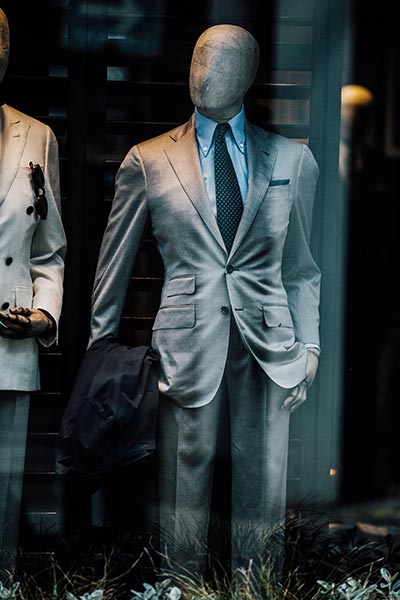 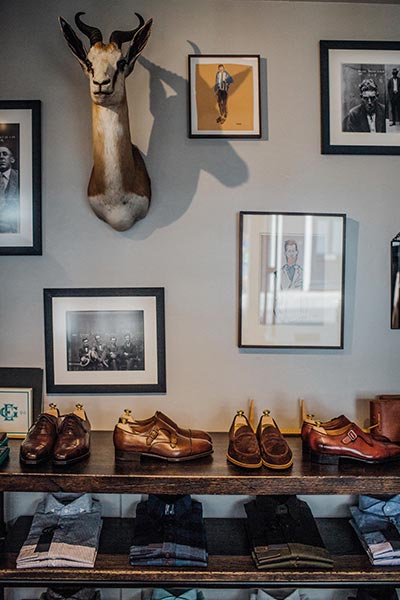 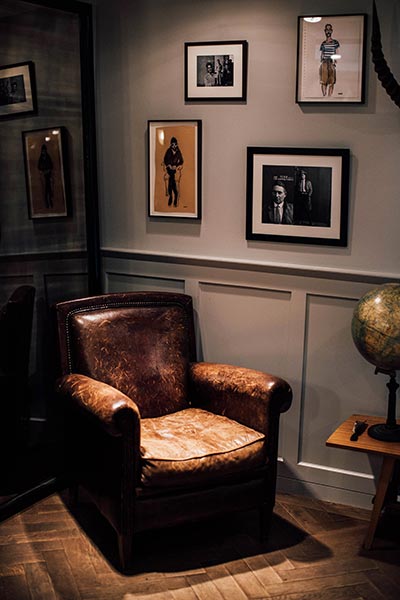 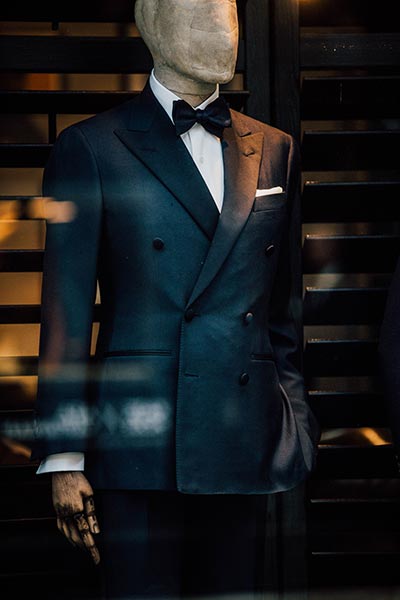 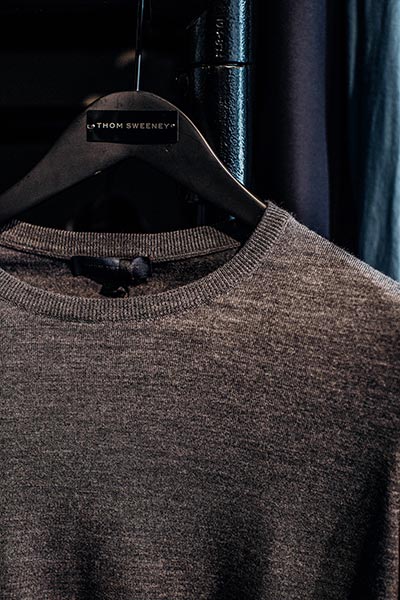 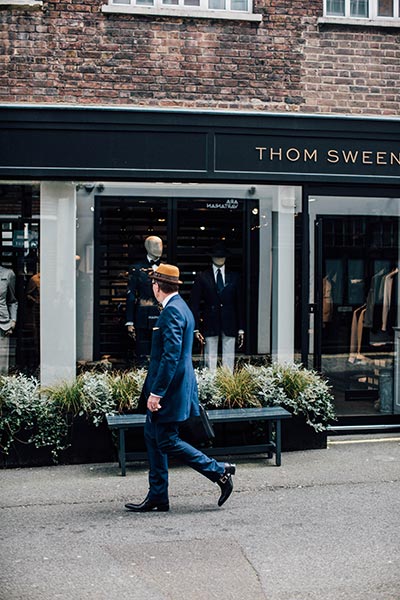 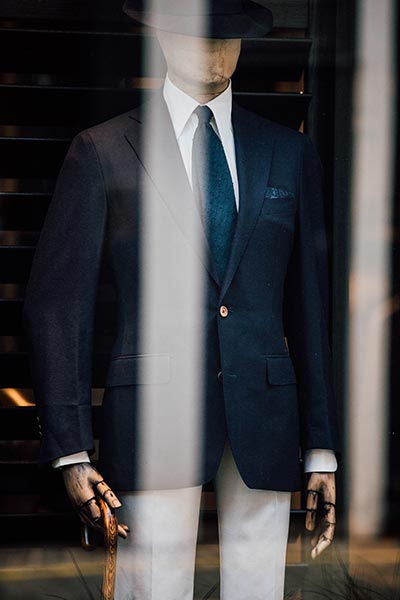 The silver-haired dignitaries who made up a growing client base were undeterred, though, and before long, in 2009, the company was able to upgrade its working space to a shop tucked away on Weighhouse Street, less than half a mile from Savile Row, which remains their other atelier to this day (that one being the smaller of the two, the whiskey bar there is a rustic, bronze serving trolley, reclaimed from a vintage yard in Amsterdam). It is there – a three-storey space with in-house tailors working away on the lower floor - that the two meet up daily with Eithen Sweet, a head cutter whose passion for construction led him into the industry, to discuss every garment in progress at any given time. “We like to make sure we’re on the same page from both a visual and technical standpoint, where we want a shoulder line to be and so on,” says Widdett, “as well as our general creative direction.”

Which is? “We’re basically a classic English tailoring house,” says Widdett. “What we learned from Timothy Everest was a classic Savile Row cut – high armhole, slim sleeve and so on – but we also agreed from the start that we found it a bit stiff, a bit military, the shoulders a bit too stiff. International clientele sometimes find it hard to relate to all this, so we added a lot of Italian influence - softened the silhouette up a little bit - but retained a generally sharp shape. We produce a lot of soft-shouldered jackets, and most Savile Row houses wouldn’t do that on the bespoke side. It’s an easier, rounder garment but visually it’s really sharp.” One quintessentially British detail has been lovingly preserved though, says Sweeney: “The rope sleeve head we finish with has a nice definition at the end of the shoulder line.” The two nod vigorously in agreement at the suggestion that distinctive detail sings in sweet sartorial harmony with audaciously wide peaked lapels.

“Men are probably buying the same amount of suits as before, but now taking an interest in having one made, making an effort, finding out more and having an opinion because there’s more information and inspiration out there.”

Their distinctive house style has proved a big hit (Michael Fassbender and David Gandy are among their devotees) and Thom Sweeney’s star is surely set to rise as men their age – and even younger – continue to latch on to classic tailoring’s power to ennoble and dignify the wearer. Moreover, with milling technology rapidly improving the raw materials involved – “We get cloths which give us more scope, technically and creatively, to achieve more different looks now,” says Sweeney – the public are consuming the results with renewed hunger.

“People like dressing up more than ever,” concludes Widdett. “Men are probably buying the same amount of suits as before, but now taking an interest in having one made, making an effort, finding out more and having an opinion because there’s more information and inspiration out there. Once it was quite daunting for a guy to go into a tailor’s not quite knowing what’s going on, but now…” And, long may London tailoring’s new-found open-door culture continue.