Along the back wall of a panel-floored first-floor room at No.1 Savile Row runs a floor-to-ceiling glass cabinet containing a row of scarlet uniforms, embellished with gold tassels and braided cord aiguillettes. “They belong to the Queen’s Honourable Bodyguard,” explains Matthew Crocker, Gieves & Hawkes’ Military Manager.

“Whenever they go on duty – visits from foreign Heads of State, the Garter service at Windsor, the State Opening of Parliament and so on – all the furniture’s removed from this room and it turns into a changing room. They’re all retired servicemen between the age of 50 and 70. We’ve been dressing them since 1913.” Gieves & Hawkes, which still caters for Princes William and Harry’s sartorial needs today, has held royal warrants since 1809. The house’s military heritage goes back even further: one of its founding fathers, Thomas Hawkes, once converted a small vessel into an atelier, then voyaged from Portsmouth to the Black Sea during the Crimean War to ensure that British naval officers laying siege to the Russian fleet at Sevastopol were appropriately dressed for the task. Admiral Lord Nelson and the Duke of Wellington were both customers.

Hawkes’ company being official supplier to the British Army made the merger, in 1974, with an outfitter to the British Royal Navy by the name of Gieves a perfect match. Stunning military uniforms remain on display all over the building’s upper echelons, but wander into the beautifully appointed emporium that is 1 Savile Row’s ground floor today and you’ll find an outfitters which is focused mainly on dressing au courant male civilians – and taking the task very seriously indeed. Owned by Trinity Group (which comes under the Hong Kong-based Li & Fung umbrella) since 2012, the company has breathed new life into its tailored ready-to-wear range, which was first introduced in 1926, with successive Creative Directors Jason Basmajian, Simon Spurr and Mark Frost all sprinkling their own magic dust on the house’s output. 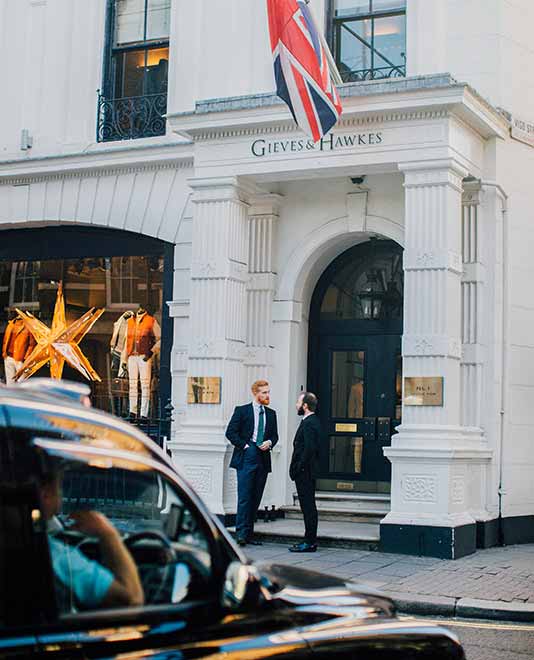 Naturally, the company has never deserted its bespoke roots, although the only thing that’s military about most of its creations these days is the precision with which they’re made in the on-site, underground workshop. In keeping with its uniform making heritage, a high arm hole and a roped shoulder were traditionally favoured at No.1, but these days Gieves & Hawkes would rather not be associated with any particular cut, drape or silhouette. “Our house style has more to do with the way the suits are made,” says Head Cutter Davide Taub, who replaced Kathryn Sargent – the first-ever female head cutter on Savile Row – in 2013. “Our emphasis is on the making: on craft and skill, rather than churning out the numbers. We’re very pedantic about producing garments that are hand-made at every stage – we want to give people something which was extremely difficult to make.”

Besides technical precision, Taub’s mission during his time with the house has been to preserve a culture of idiosyncrasy (Gieves & Hawkes’ client list includes disparate figures such as Charlie Chaplin, Mikhail Gorbachev, Michael Jackson, David Beckham and Bill Clinton). “I want customers to open up their wardrobes and see a variety of styles that have been dictated by them, by what the garment is going to be used for, by the cloth and the environment in which they’re going to wear it,” he says. “All these things design the garment, not me and a template. We don’t want people walking around like identikits of each other. We want to spark people’s imaginations, coax their creativity out of them.” 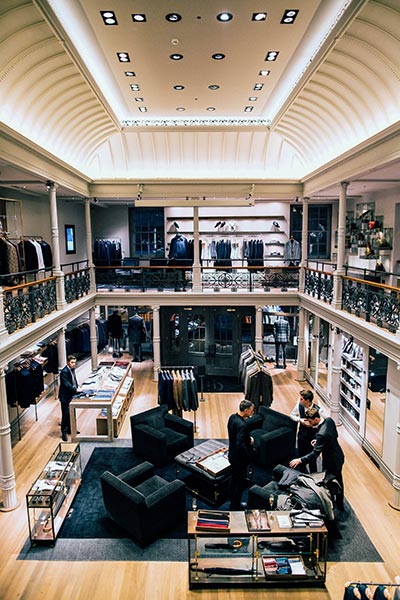 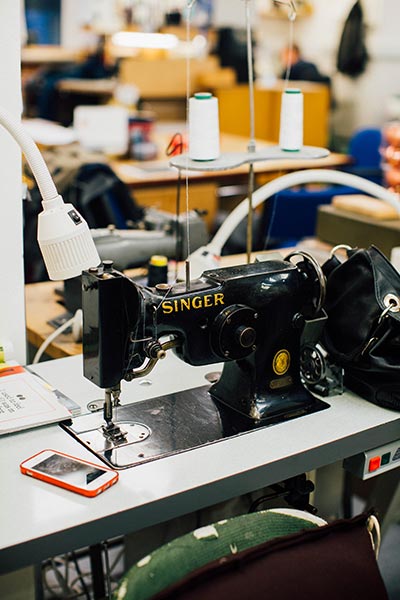 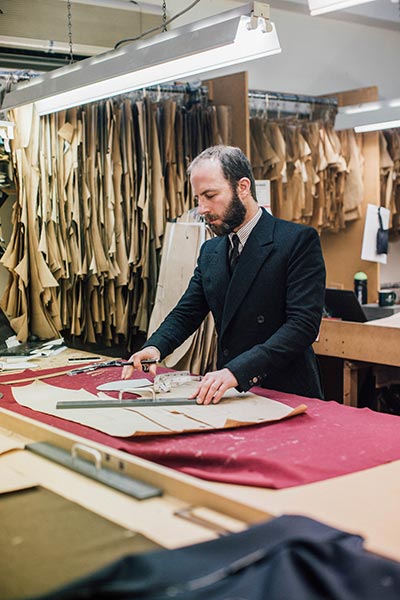 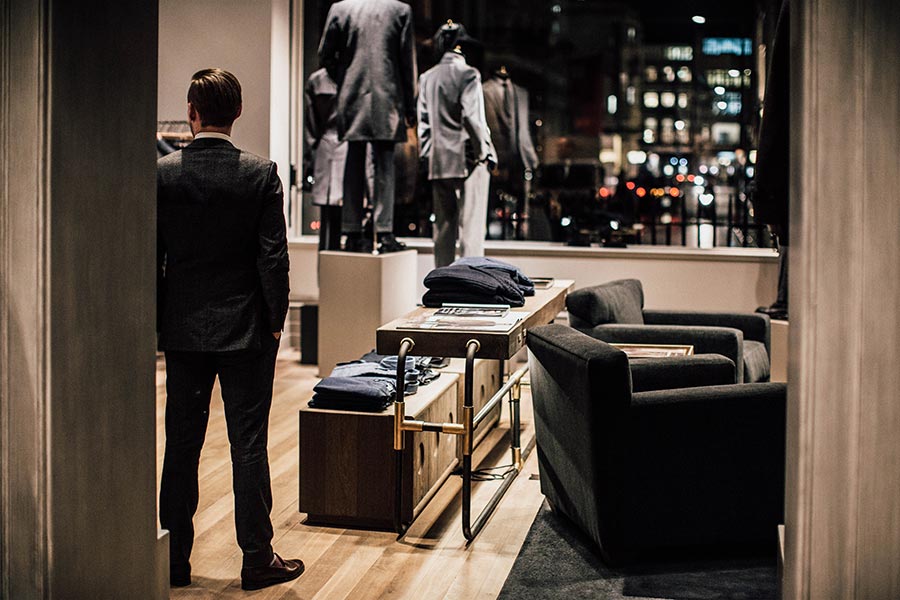 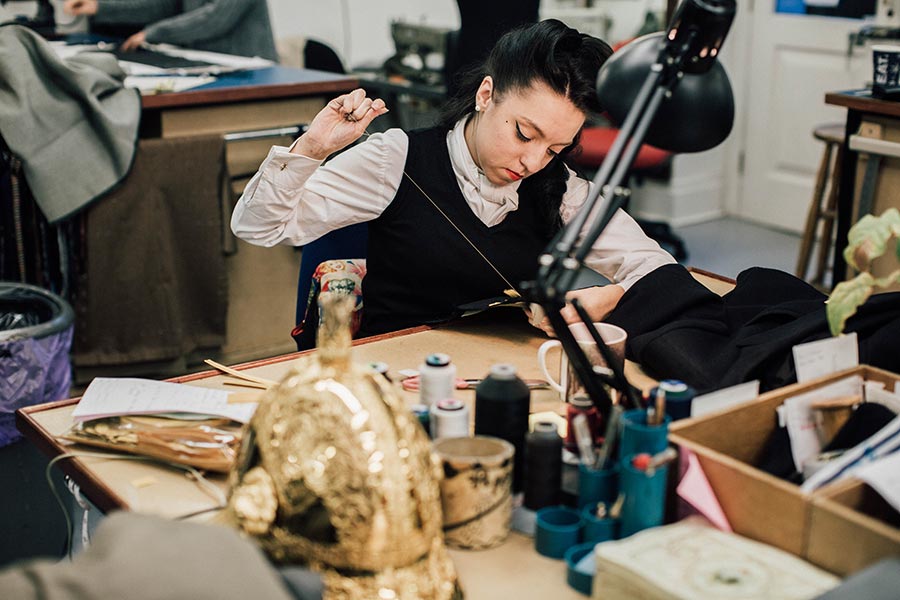 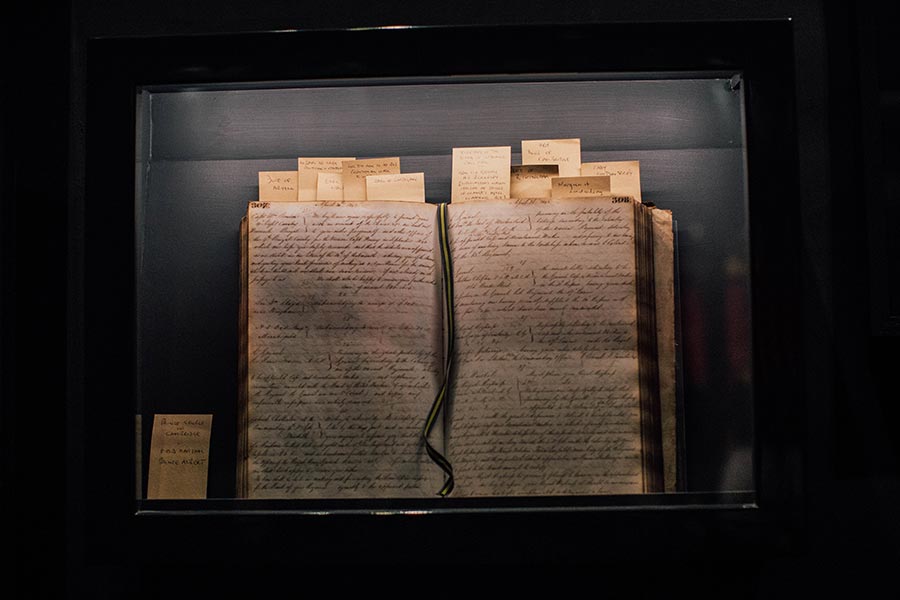 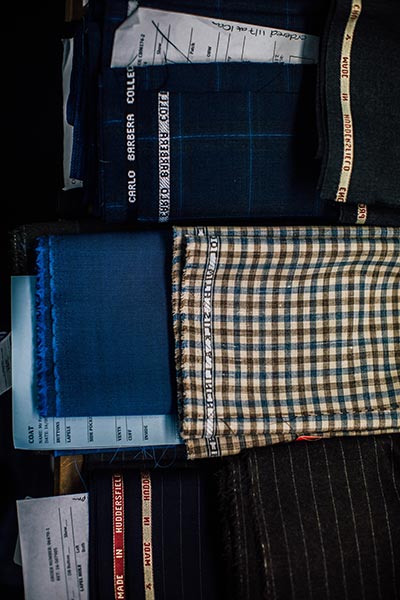 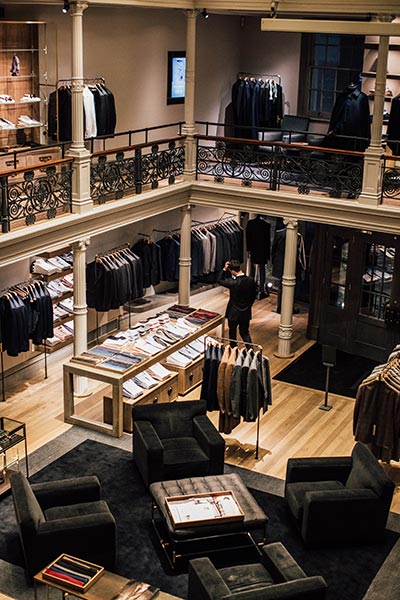 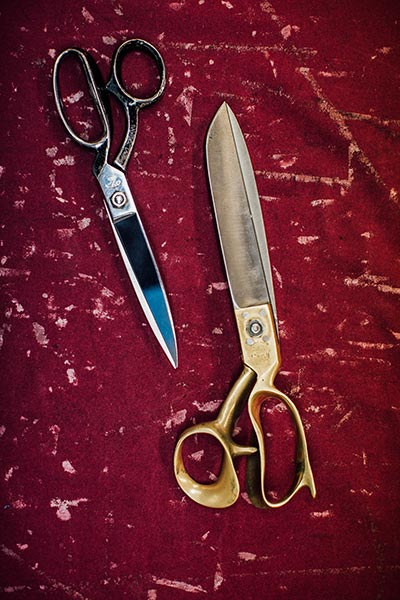 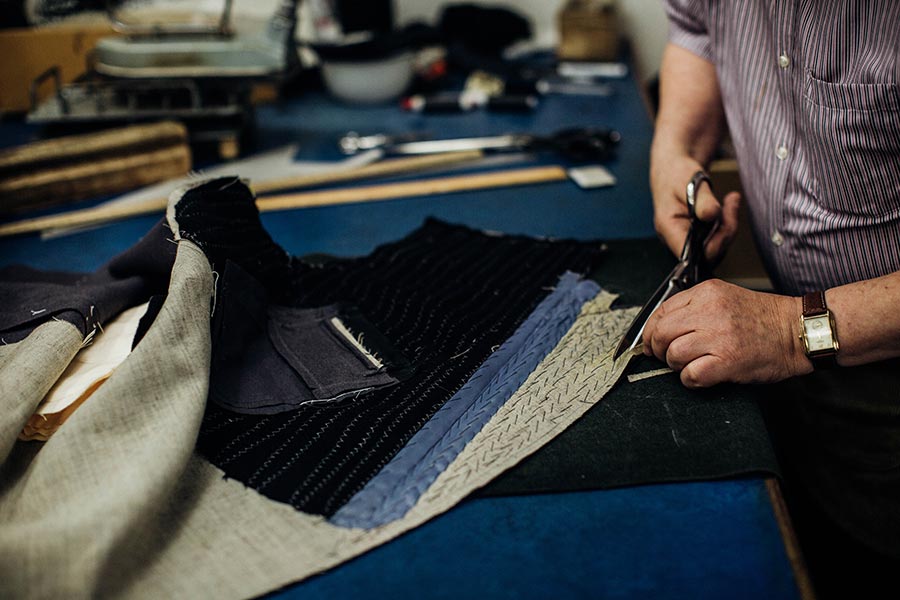 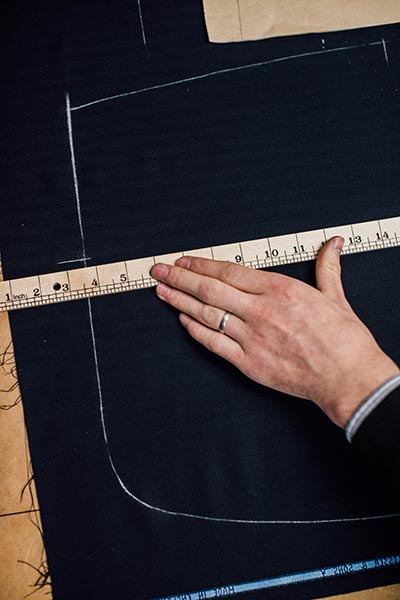 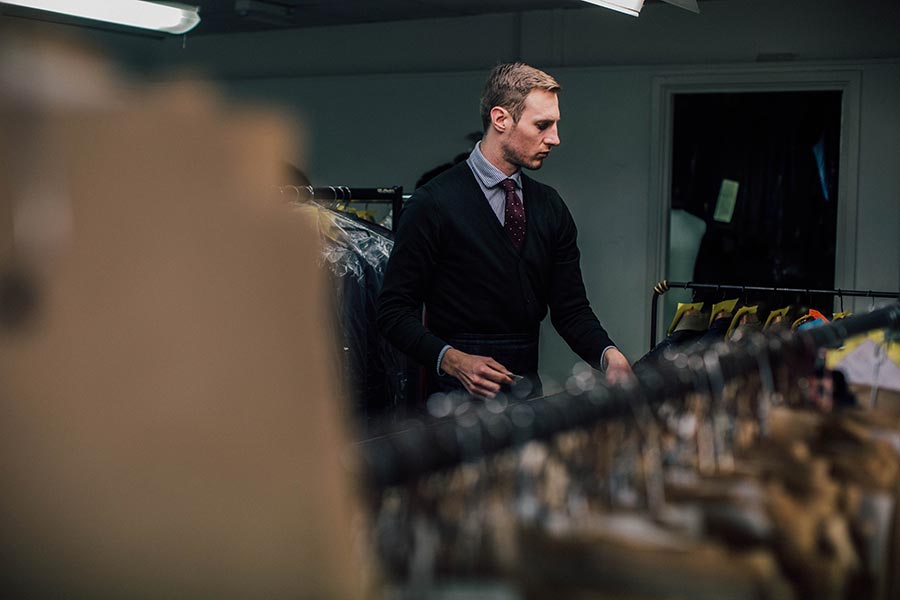 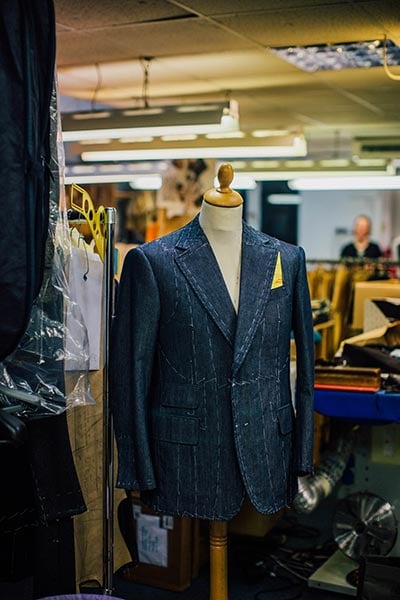 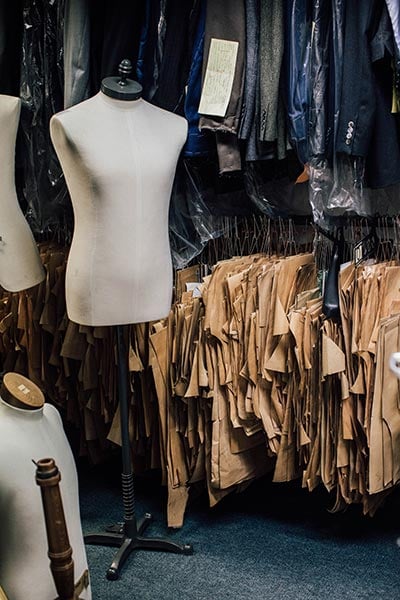 A friendly, highly collaborative culture is, Taub says, conducive to this goal. “Our team is more like a circle than a pyramid,” he says. “It’s a level playing field – everyone’s as important as everyone else, and there’s a real team spirit.” A barrier-free relationship also prevails, he says, between the house and its clients. “There’s no smoke and mirrors here – customers come down to the workshop and get to know their tailors,” he says. “That’s important, because when a tailor gets a sense of the character behind the garment they’re making, and knows their face, as with a sculptor knowing their subject, it gives a greater sense of what the end result is supposed to be. Tailoring’s not just about sewing bits of cloth together.”

Crocker, a tailoring connoisseur with a seemingly limitless supply of passion, certainly feels that Taub’s philosophy is paying dividends. “I go down to the workshop, and see pieces on mannequins, and they’re truly more unique than ever,” he says. “There are never any generic garments – in fact, you’re genuinely hard-pressed to see anything that’s anywhere near the same as anything else. It all comes from opening clients’ minds a bit – encouraging them to try something a bit more off-piste.”

“Suits should be functional – these are not disposable, throwaway garments.”

Also a boon to the house’s progressiveness and individualism, says Taub, is the quality of fabrics available nowadays. “There’s a sense of confidence, when you’re flicking through the cloth books, knowing you can opt for one with a Merino wool content,” he says. “You know it’s going to have two-fold durability and touch. A tailor wants to feel that they’ve got a length of cloth in front of them they can turn into a beautiful, three-dimensional garment. If the cloth responds to the sewing, shrinking, stretching, moulding and so on, and stays sculpted like the tailor intended, you’re going to get that. I find that customers also appreciate the way it looks without really knowing why.”

Taub adds that Merino’s longevity is also a highly attractive trait. “Whether a customer wears the suit once a week, three times a week or once in a blue moon, that garment will come out of their wardrobe looking exactly as it did when it left here,” he says “It takes 100 odd hours to make a suit, so we don’t want it to be destroyed in one wear. Suits should be functional – these are not disposable, throwaway garments.” In making longevity, quality and individuality its triumvirate of core values, one might say that the artisans occupying global tailoring’s most prestigious address are carrying the very essence of the Savile Row culture into the future.