On The Row: Huntsman

Stepping inside Richard James’s bespoke atelier at 19 Clifford Street, just a few paces away from Savile Row’s midpoint, newcomers are offered an immediate sign that this establishment bucks the more traditional tenets of its surrounds: a transparent suit jacket, framed and mounted upon the wall directly opposite the entrance.

“The Naked Suit? That’s a collaboration we did with Spencer Tunick, the artist who organises epic nude photoshoots in public places,” laughs the company’s co-founder Sean Dixon. “It’s made of silk organza. Because it’s totally transparent, you can see all the coat’s anatomy inside. It’s like having a conventional suit x-rayed so that you can see all the workmanship, all the detail, how it’s put together – everything that goes into making a bespoke suit. It was a real nightmare to do, but it’s an effective showpiece.”

It undeniably is – but it’s also a far cry from the worsted blazers, tweed field jackets and double-breasted overcoats in Prince of Wales check normally found on display in this neighbourhood. “This,” the uninitiated visitor is entitled to think, “is no ordinary Savile Row tailor”, and they’d be right: and they won’t be surprised to learn that, when Dixon and his eponymous co-founder set up shop here in 1992, many of the area’s existing denizens raised their eyebrows in collective disapproval.

Among the two new upstarts’ faux pas were opening on weekends, deigning to sell a ready-to-wear line (standard practice now on The Row now, of course, but infra dig as recently as the early 90s), and generally bringing a touch of rock and roll factor to the kernel of traditional English suit-making. From the outset, stiff tradition was anathema to James and Dixon, whether they were measuring up Queen Elizabeth II's cousin David Linley astride his motorcycle (1995), being profiled in a feature on cutting edge British design and style in the defining Cool Britannia edition of Vanity Fair or making camouflage suits for Dustin Hoffman and Robert De Niro to wear on the cover of George magazine (1998). 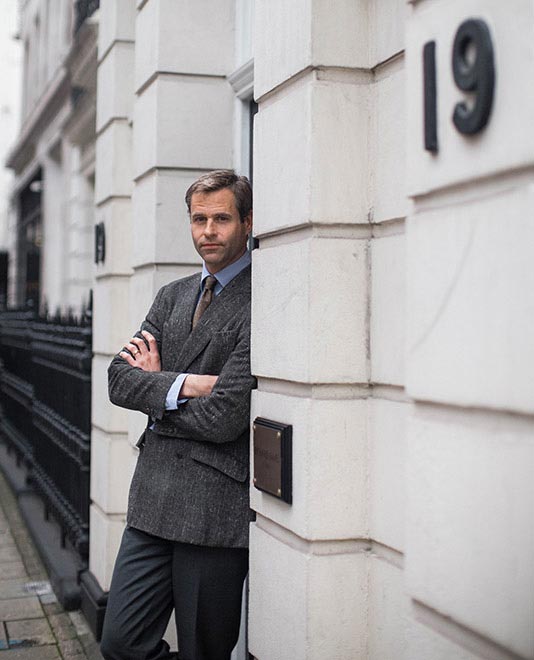 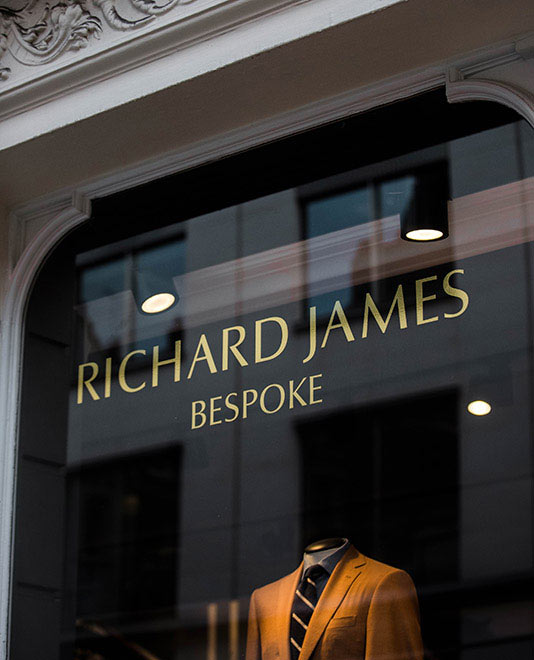 “Savile Row’s always had this history of being innovative, and we felt that had kind of gone when we came along,” explains Dixon of an approach which calls to mind the disruptive swagger Tommy Nutter and Edward Sexton brought to The Row in the Sixties. “We felt like a lot of people had doing the same thing a certain way for a long time, and were happy with that, but we wanted to try something else – a bit of colour, a bit of edge.”

To this end, they began collaborating with fabric mills in order to acquire bolder, brighter fabrics. “It’s something Savile Row used to do more, but many had got out of the habit,” Dixon says. “So we’d go up to Huddersfield, Bradford, Scotland and so on, and actually design our own fabrics.” Austerity, as the expression goes, is the mother of invention, and James and Dixon found themselves beneficiaries of the recession gripping the cloth industry at that time. “A lot of the mills that wouldn’t normally have bothered talking to us were a bit more open because business was tough,” he says. “So we could say, ‘OK, Could we change that colour, make that check bigger, that stripe smaller and so on.’” 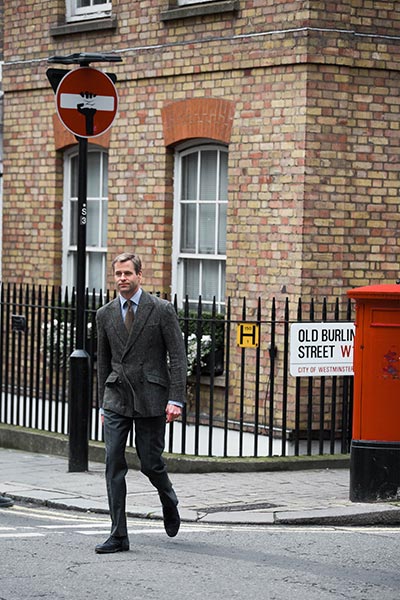 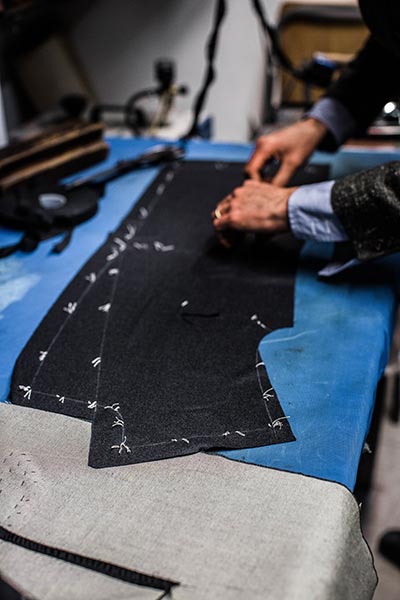 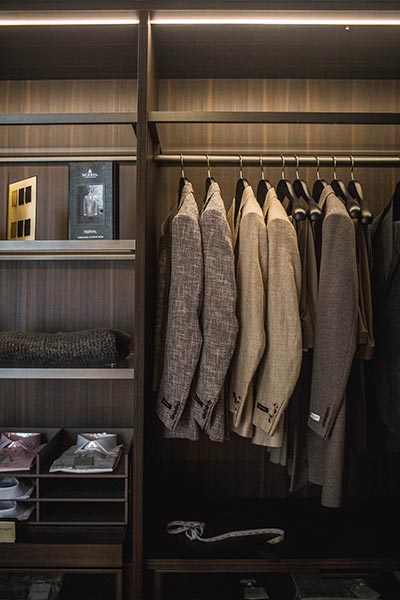 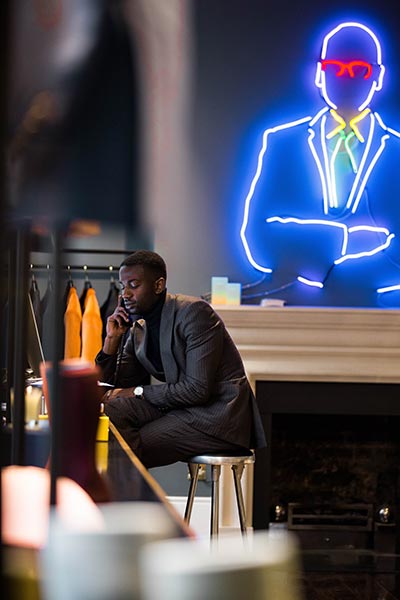 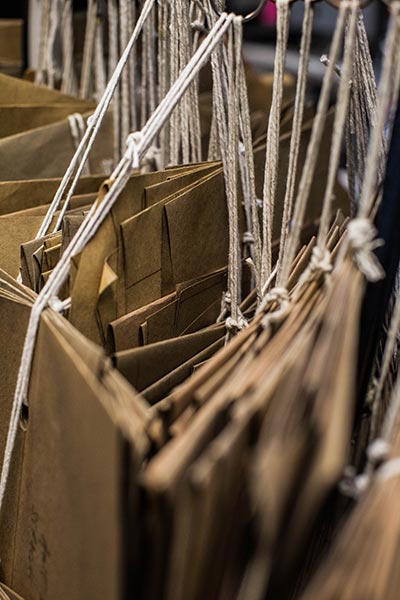 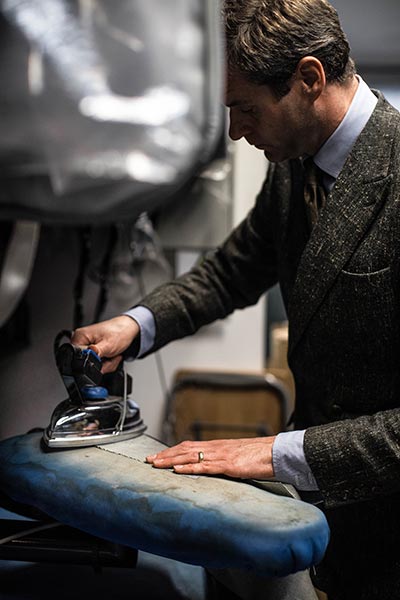 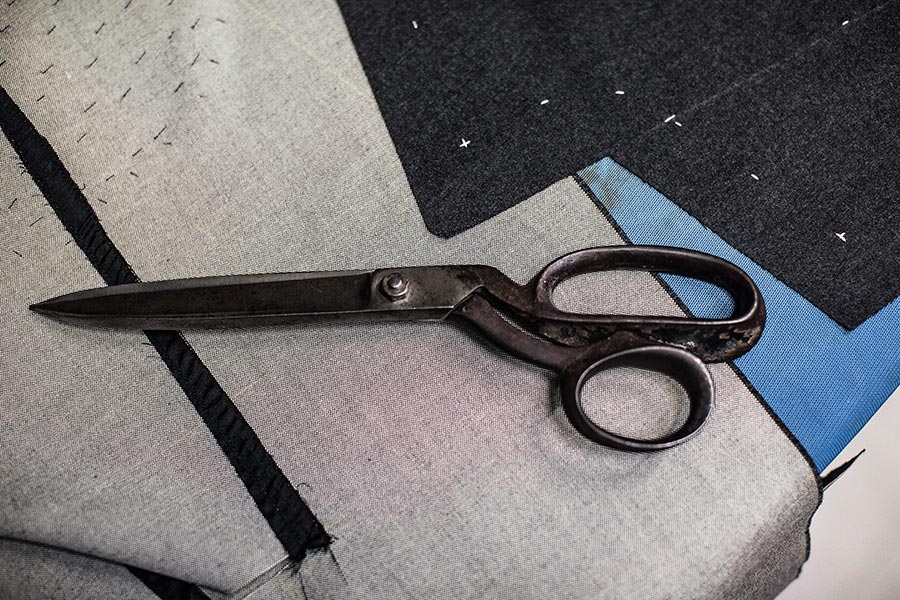 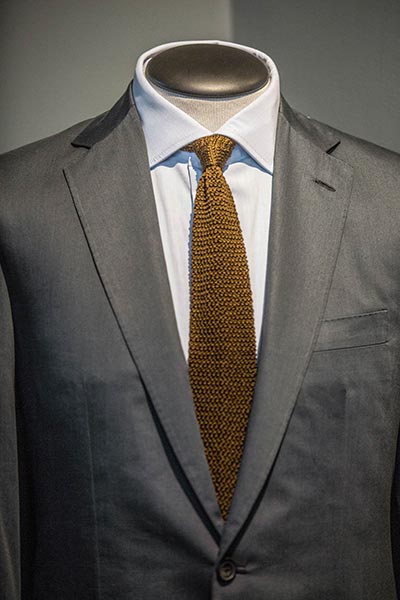 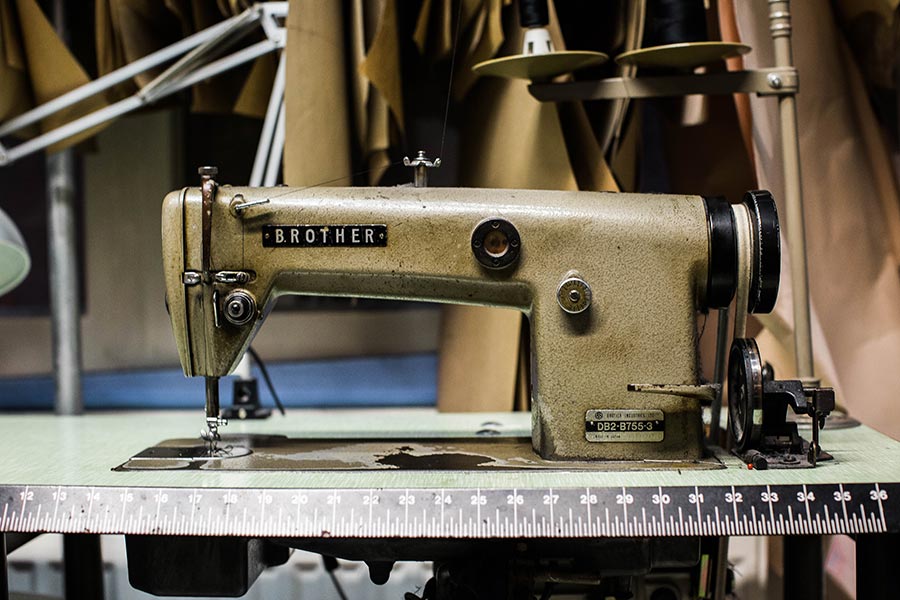 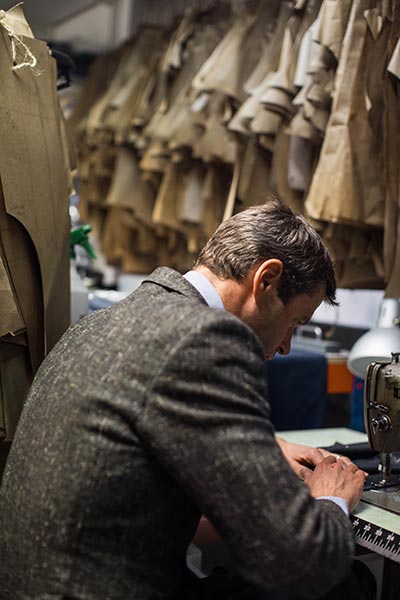 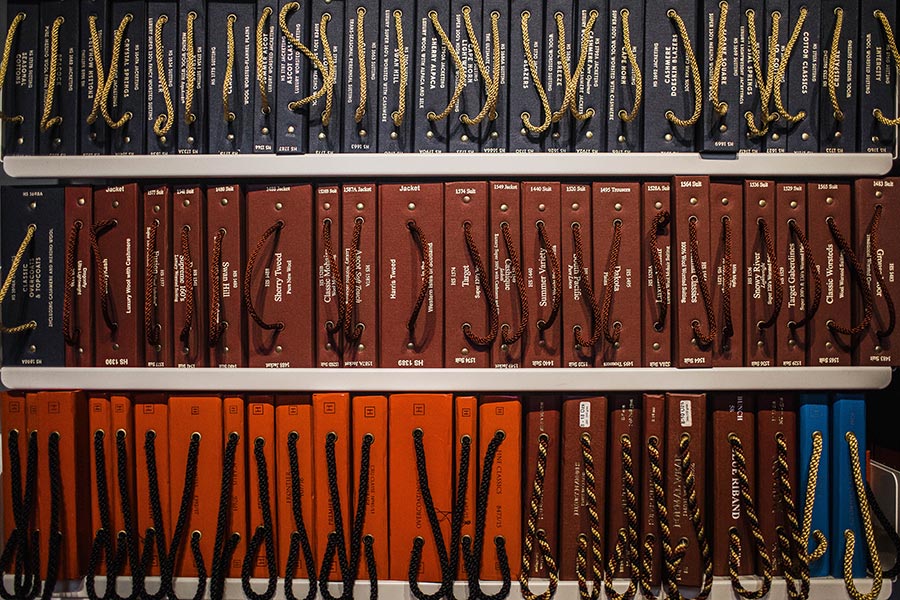 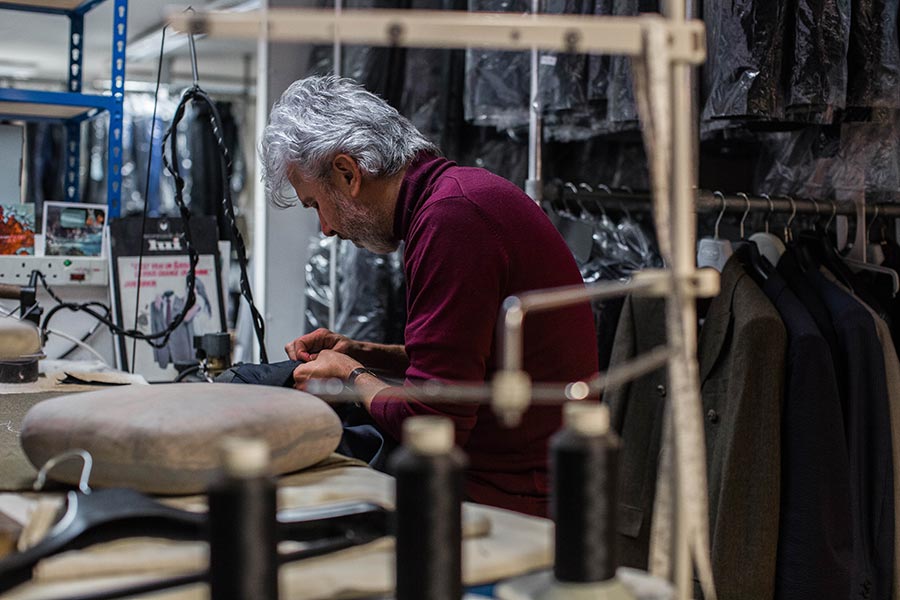 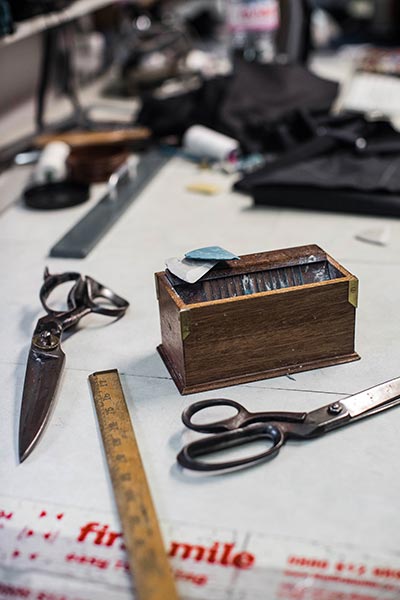 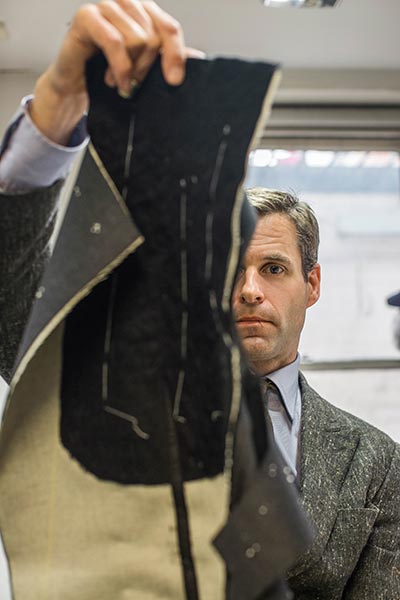 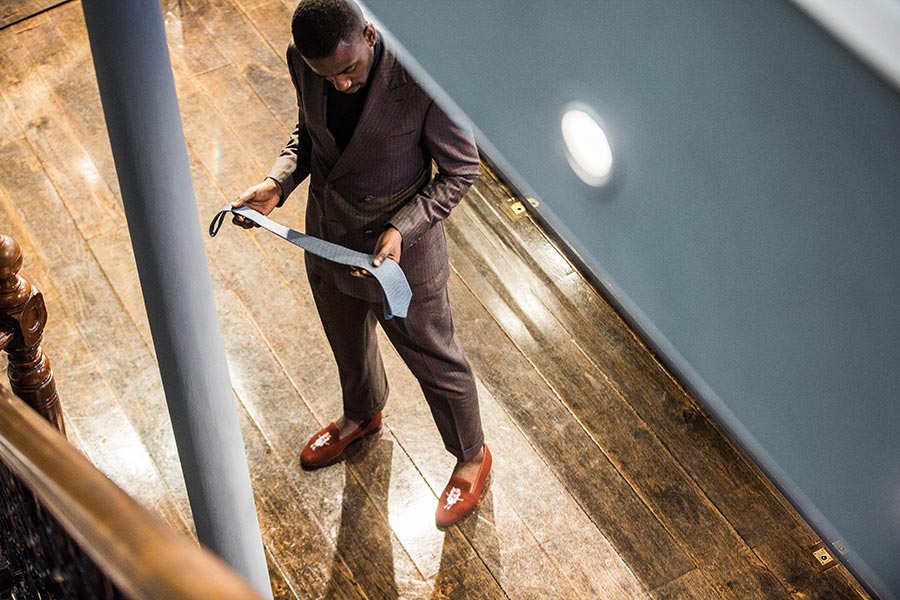 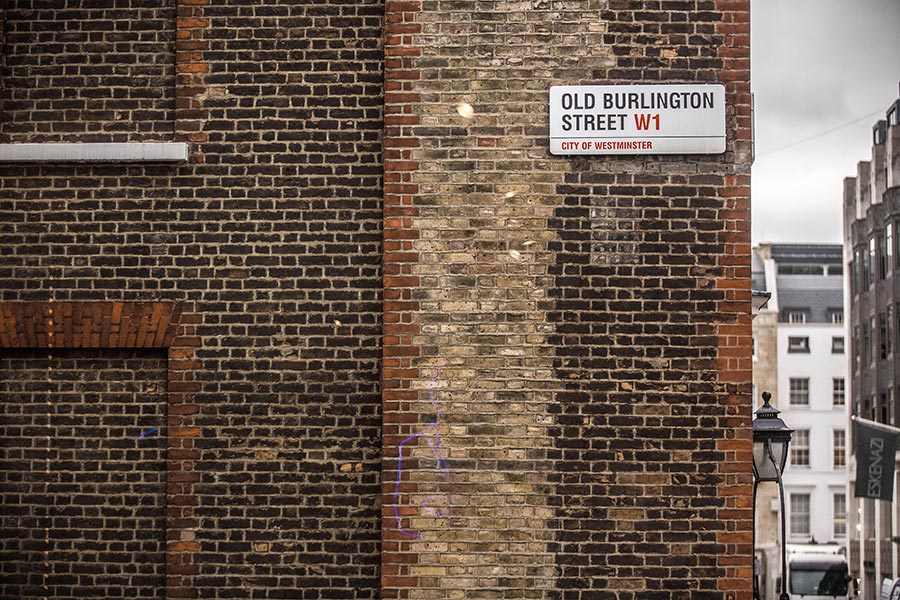 Dixon’s fondest memory of this period is the pair’s visits to Hunters of Brora, a once world famous mill in the Scottish Highlands which closed after more than 100 years of trading in 2003. “They’d mill the wool from the sheep grazing next to the mill,” Dixon recalls. “You could see the colours in the tweeds they made reflected those in the surrounding landscape – heather, moss and so on.” It was a Nirvana for a duo determined to inject more chromatic exuberance into traditional tailoring.

Comparatively edgy as Richard James’s tailoring has always been, though, the house is almost obsessively traditional when it comes to craftsmanship (“We’re an analogue business in a technological world, and I think nowadays that’s partly why they come and have a suit made – that craftsmanship will always remain the same,” as Dixon points out).

The house style, too, is very much rooted in English tailoring tradition. “Ours is a fairly classic Savile Row silhouette, although we’ve made a bit trimmer, a bit more fitted than some of the more traditional houses,” says imperiously dapper head cutter Ben Clarke, although he also points out that the approach is unique to them, and rooted very much in the fact that every customer is idiosyncratic – not just in terms of taste and needs, but anatomy too. “If you measured up 100 people in a room, you’d come up with an average physique, but I guarantee not one of those 100 people would fit into that average,” he says.

“Everyone around here has something slightly different to offer,” as Dixon puts it, “and that’s the most important thing. That’s what The Row’s all about now.”

“So, we have a core system - I call it The Mothership – which we then adapt and develop according to the client. If his shoulders have a tendency to come forward, then we put cuts into the canvas underneath the cloth to accommodate it. We put a huge emphasis on eye – measurements can only tell you so much. As well as a ‘size pattern’ – the client’s measurements – we have an ‘attitude pattern’, which refers to quirks, bumps, forward-leaning shoulders, incongruities.”

Given their embracing of Savile Row heritage and cleverly executed methodology, it was inevitable that those long established on The Row, once they’d absorbed and accepted Richard James’s zany chutzpah, would come to welcome them to the fold. In fact, Richard James himself – who is less involved with the running of the business these days, due to poor health - once spoke of the first visit ever made to their establishment by the late Sir Hardy Amies, whose own tailoring house had been on The Row since 1946: “I well recall his chauffeur-driven car pulling up outside Richard James and Sir Hardy emerging like Lady Bracknell. He’d cast a lugubrious eye over the bright pink and acid green jackets in our windows before shaking his head at us in mock disbelief. And then he smiled…”

These days, of course, with the long-established and edgy newcomers coexisting happily in a spirit of mutual respect on The Row, Richard James is in its element. “Everyone around here has something slightly different to offer,” as Dixon puts it, “and that’s the most important thing. That’s what The Row’s all about now.”