The Art of Craftmanship

Designer Jason Basmaijan continues to elevate Italian-French menswear brand Cerruti, referencing its history without being bound to it. We take in the brand’s 50th anniversary collection.

Despite mounting interest from consumers in the traceability of garments, there are very few brands that can lay claim to an in-house supply chain – from farm to fashion, as it were – given the complexity and expense inherent in managing all areas of the business. For Paris-based luxury menswear brand Cerruti 1881, it is a source of pride and opportunity for creative freedom that the bulk of its fabrics are developed exclusively by Biella textile mill Lanificio Fratelli Cerruti. Known for the high mineral quality of water in the region, which is used to wash and treat raw wool fibre from Australia, which is subsequently woven to develop various cloths, such as flannel and tweed, the mill was established in 1881 by Antonio, the grandfather of the fashion brand’s namesake founder Nino Cerruti, and while not currently owned by Cerruti 1881, provides a platform to develop many of its own unique fabrics. 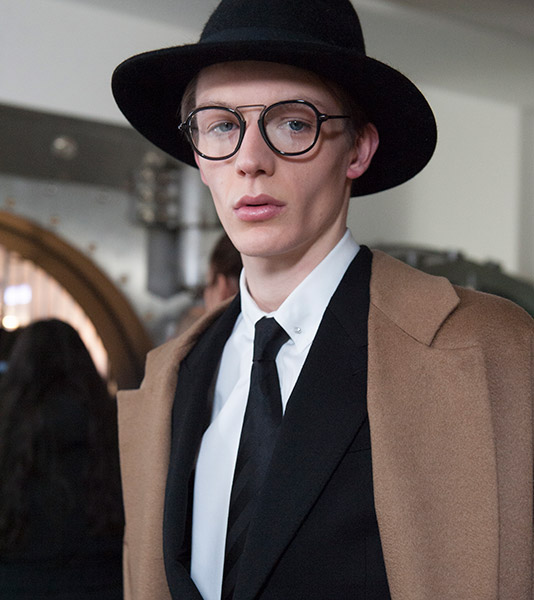 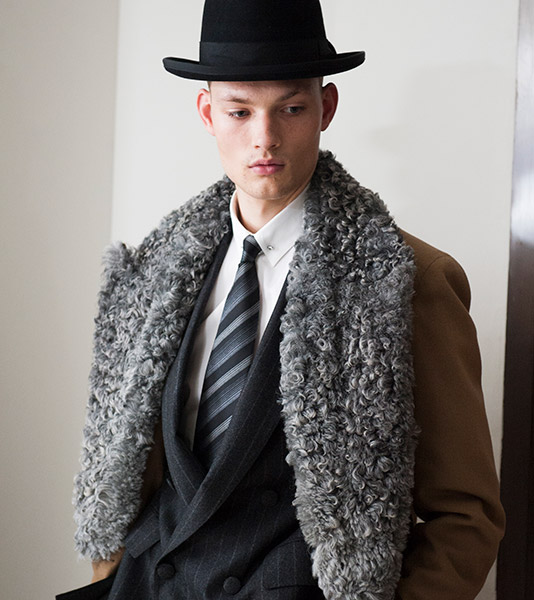 In January, during the fall/winter 2017 menswear shows in Paris, the house’s chief creative officer, Jason Bamaijan, looked back on Cerruti’s past as a way of looking forward, tapping into its immeasurable archives in a collection celebrating five decades since Nino Cerruti’s establishment of his namesake business. The resultant collection of 50 looks comprised a selection of garments that evoked the cinematic heritage for which Cerruti is known, having designed costumes for actors including Robert Redford, Michael Douglas and Al Pacino throughout his career. “Nino Cerruti’s vision and philosophy has always been an inspiration to me on moving the brand forward,” explained the chief creative officer of his evolution of the brand since arriving in 2015 from British tailoring house Gieves & Hawkes. “And what I most admire about what Nino did was to create a brand with real clothes, so while there are some statement pieces in [this collection], there are also pieces that will integrate really naturally into a wardrobe with their mix of tailoring and sportswear.”

The collection, shown in a runway show in Place Vendôme, presented a fulsome account of the contemporary man’s wardrobe, demonstrating Cerruti’s status as a go-to outfitter for the world’s most stylish. In a colour palette predominantly of black, grey and camel – with hints of rich tones, such as bottle green, purple and burgundy – the collection showcased a slightly languid, 1940s silhouette, with a relaxed soft shoulder, longer jacket length and high-waisted trouser. Highlights included pleat-front trousers, round-neck knitwear, belted overcoats and double-breasted pinstripe suiting. In terms of fabrics, texture was key, making the show’s audience want to reach out to touch the garments as they came down the runway. These included checked jacquard, shearling, wool Prince-of-Wales check and innovative weaves. “Cerruti is all about rich, textural fabrics, and we used these as a reference point, finding new ways of presenting them to continue pushing Cerruti into the future.”