Now in its fourth season, New York Fashion Week: Men’s came into its own for the fall/winter 2017 season, with big-name designers and brands – BOSS and Raf Simons among them – bolstering the schedule comprising some of America’s best emerging menswear names. We took to the front row to report on the best looks on the runway.

Wool knitwear on the runway at BOSS. Top: Wool outerwear at Todd Snyder.

Joseph Abboud’s show marked the designer’s 30th anniversary, and its grand venue – a former church – certainly made a statement about his success in the business. Like many American designers for the fall/winter season this year, Abboud’s collection had a sense of darkness to it, but his references were more romantic than most, such as that of Oscar Wilde’s anti-hero Dorian Gray and the milieu of Edgar Allen Poe books. That played out in the Victorian references of the collection – knee-high leather boots, full-length overcoats, pinstripe details – but the silhouettes and fabrications felt entirely modern. Tailoring forms the core of the designer’s business, and you could see the strength of his cut in pleat-front pinstripe wool trousers, double-breasted wool suits slimmed through the waist, and houndstooth wool coats. 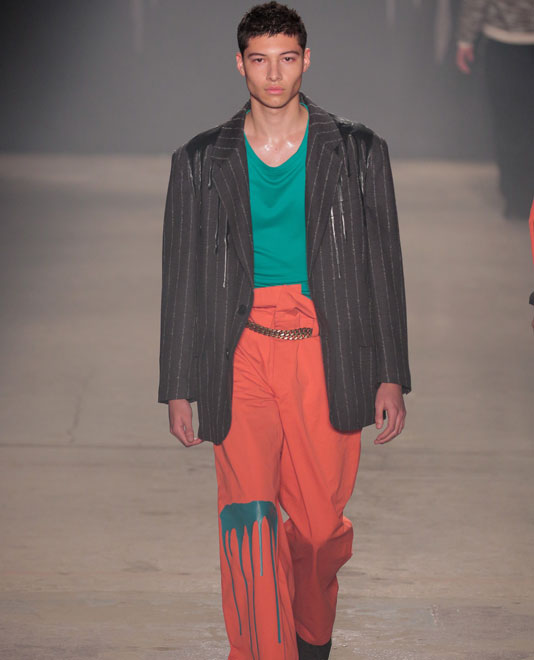 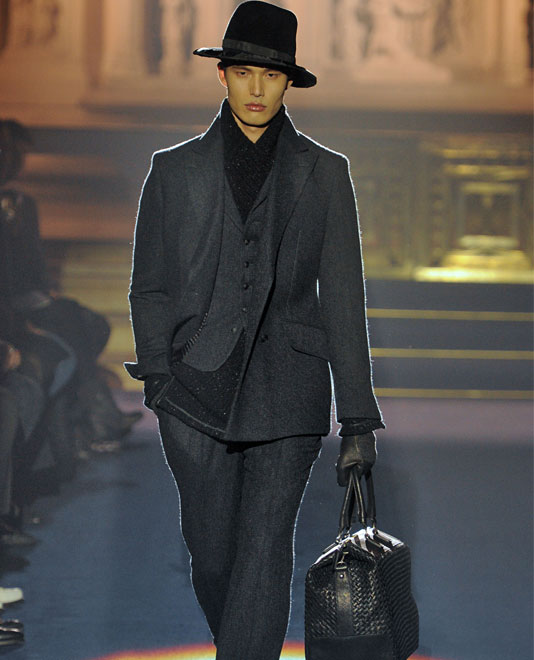 New York City is evidently full of great show venues, with Billy Reid hosting his in the newly-opened Beekman Hotel, lending the feel of a classic gentleman’s club to the event. Set to a live music performance, the collection featured the sort of slouchy, lived-in shapes and styles for which Reid is so well known, offering a more relaxed take on classic menswear staples. This came in the form of checked wool overcoats free of excess embellishment, crewneck knitwear and cardigans, and wide-legged wool trousers.

After nearly a decade-long hiatus from the runway, BOSS – one of the lines under the broader Hugo Boss brand – returned its menswear collection to the runway, but not by shouting, rather showing a polished, well-executed collection of garments men will want to wear. Pleat-front trousers (a standout across the season) featured heavily, here rendered in heavy grey wool and with a slightly higher waist, as well as half-zip knitwear, double-breasted wool pinstripe suiting and naval-inspired overcoats. 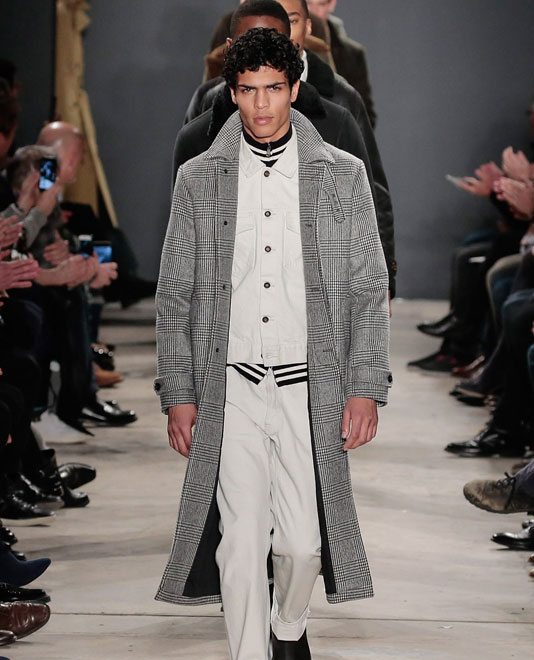 International Woolmark Prize finalist Rochambeau presented one of New York Fashion Week’s best-received collections. The designers, Laurence Chandler and Joshua Cooper, each season tap into a subcultural movement for inspiration, resulting in the layered eclecticism of their aesthetic. Here, they told Vogue, it was the work of post-punk, Surrealist-pop musician and artist Mark Mothersbaugh that inspired the floor-length coats, brightly striped knitwear, oversized pinstripe wool blazers (some of the tailoring featured dripping paint) and slim-line boiler suits. Todd Snyder looked to the 1980s music scene, too, but landed closer to the post-punk stylings of New Order and The Cure. You could see this in some of the turtleneck knitwear in contrasting black and white patterns, the close-to-the-leg cargo pants and military boots, the zip-up sportswear jackets, and wool peacoats.

As is his aesthetic signature, Raf Simons took traditional menswear tropes and thwarted them, such as with tuxedo jackets cut into long-line coats, shoulder pads accentuating slimmed waists, and knitwear oversized in fit but cropped through the middle. The Woolmark Company partnered with the designer on the development of the collection, which features fine Merino wool jersey, wovens and knits sourced from some of the world’s best fabric and yarn manufacturers including Manifattura SESIA and Olimpias Group. Merino wool has always been an intrinsic element of Raf Simons’ collections. “I appreciate that The Woolmark Company encourages brands to come up with innovative ways to work with Merino wool - a material that I love and often use in my own collections. It feels very natural for me to partner with The Woolmark Company to create something special using the finest wool in the world,” explains Simons.