Dion Lee returns to the source of his ongoing design inspiration, the Sydney Opera House, to design its new staff uniforms as part of the building’s 45th anniversary.

When Dion Lee took to the task of preparing for the International Woolmark Prize as a finalist in the 2012/13 edition – the first in the program’s current incarnation – he looked no further than his home country’s most famous architectural icon for inspiration: the Sydney Opera House. Incorporating un-spun roving Merino knit yarns and needle-felted mesh, the Australian-born designer’s six-piece capsule collection comprised the sorts of dramatic curvature and twisting details as the Jorn Utzon-designed building, its sails brought to life on the wearer in shawl-lapel coats, asymmetrical skirts and angular Akubra hats.

Lee’s burgeoning design practice was to continue to be informed by the House, as it is colloquially titled by locals, several decades after being opened by Queen Elizabeth II in 1973. The designer was the first to be granted permission to show in its iconic Concert Hall Northern Foyer, where the crisp winter morning light filtered through its faceted glass windows to project off of a mirrored runway flooring. In 2017, Lee returned home from New York, where he moved his practice in 2016, to stage his resort show on the building’s forecourt, the sails serving as a singularly stunning backdrop to his much-applauded collection. 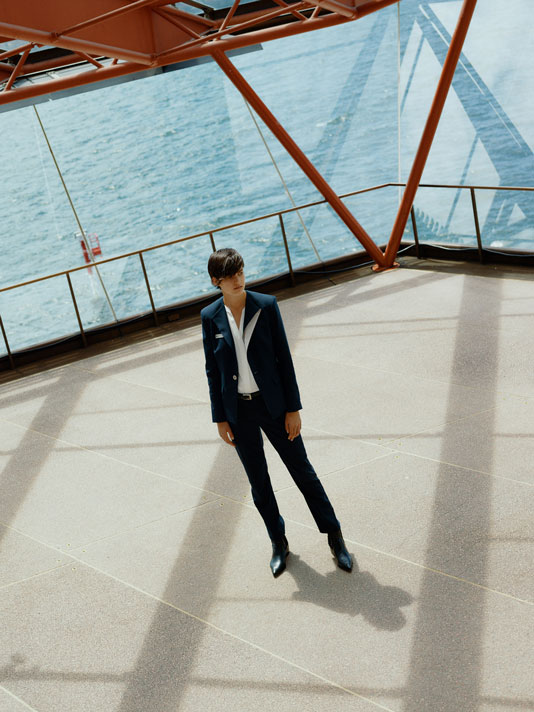 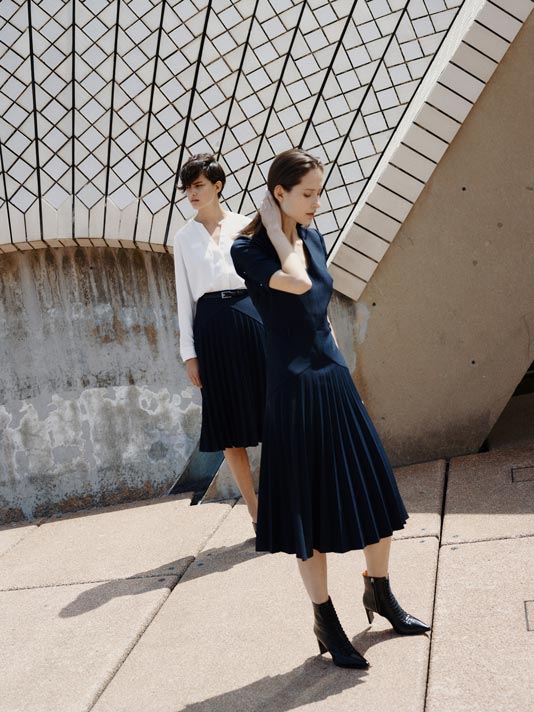 “The Sydney Opera House is a visionary masterpiece, perfectly balancing a brutalist, industrial language with sculptural, organic forms,” says Lee of the landmark. “However, it is the way it is positioned on the harbour that makes it so magical, with the ocean and sky spilling in on all angles.” Of the masterful designers to have emerged from Australia, it makes sense that Lee should be the one to design a new uniform for the staff of the Sydney Opera House, the idea for which came about in a conversation between the designer and the building’s CEO, Louise Herron AM. “Design excellence and innovation are part of the Opera House’s DNA,” says Herron. “We aim to carry that into everything we do, including these wonderful new uniforms.”

The new uniforms form part of the organisation’s decade of renewal, which comprises a series of projects that include the replacement of technology and machinery that has reached the end of its working life, and the opening of new areas to the public to ensure the building is equipped to welcome as many people as possible. As Lee says: “I was extremely excited by the idea and immediately had a vision for the uniforms”, which are the first in more than 14 years and were launched as part of the building’s 45th anniversary in late 2018.

The modular collection is made up of 24 pieces and to be worn by some 500 staff across many different facets of the organisation, including its front of house and welcome teams. The uniforms are a key part of the journey when a visitor or performer sees, enters and then discovers the building. Unlike a seasonal fashion collection, staff uniforms come with their own challenges, least of all a vast array of sizes and shapes, but also the need to maintain relevance and not quickly date, given they are unlikely to be updated for years to come. 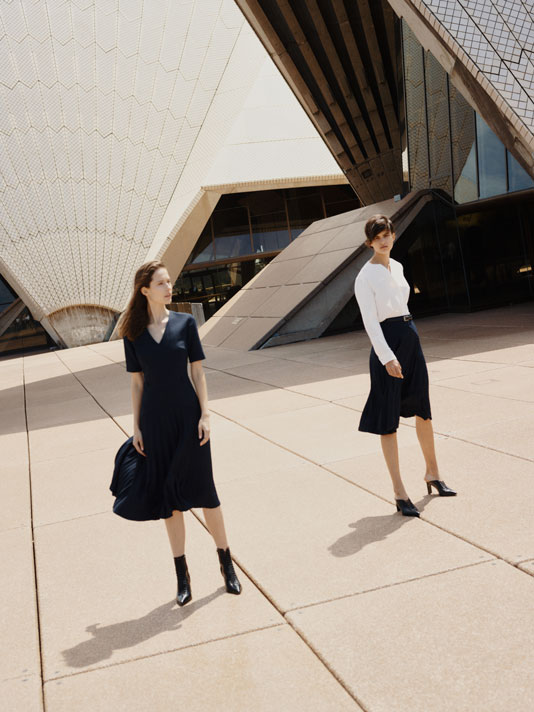 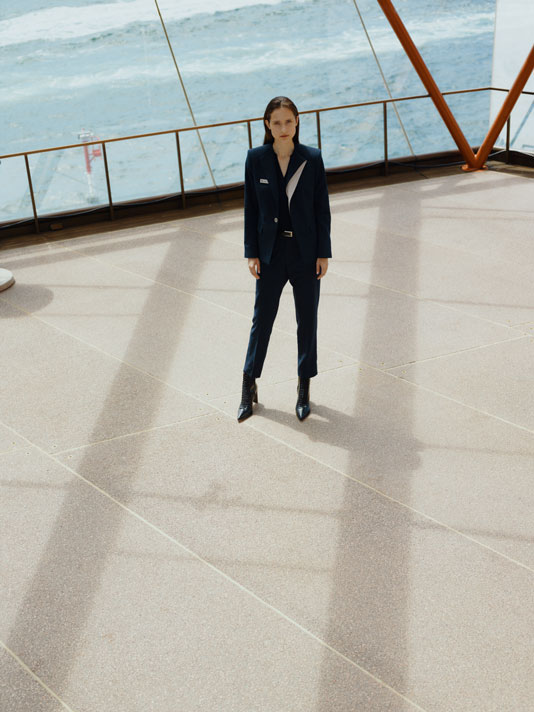 “There were many challenges in terms of garment functionally, incorporating the many utilitarian elements that a uniform requires,” explains the designer. “Pockets, belts and openings were required in order to carry and suspend very specific pieces of equipment, including radios, torches and name badges.” The use of wool is key to the range, given its many natural performance qualities, such as its natural drape, easy care, and odour resistance. “It was important for us to use wool so that we could mould to the body and achieve a refined finish,” says Lee. “The breathability of the fabric is extremely important being a trans-seasonal uniform; it needs to be warm in the winter and cool in the summer.”

Lee, of course, trained his eye on the building itself for creative inspiration, his intention to “create an iconic, timeless uniform that captures the sculptural inspirations of the building’s structure and communicates the Opera House’s brand in a modern and sophisticated way.” The resultant range employs a monochromatic navy colour palette, with the building’s concrete inspiring folded accents along the lapels of the tailored jackets and the pockets of the trousers. A pleated dress and skirt take their structural cues from the building’s monumental steps. “I was focused on developing a motif that communicated the language of the building in a referential yet subtle way that could also be adapted into multiple garment details,” adds Lee.

Looking for a sustainable hat? Helen Kaminski breathes new life into old product, upcycling wool hats to give them a second lease of life.
24 Jul 2020
Fashion

Woolmark’s go-to Merino wool cycling clothing guide is for avid cyclers or even those getting started.