Do you ever think about what happens to your clothes when you eventually part with them? Do you keep unwanted clothes hanging in your wardrobe, knowing too well you probably won't wear them again? Do you throw unwanted clothes straight in the bin? If you answered yes – particularly to the latter two - chances are you’re not alone. It’s time to slow down fast fashion and to think about how we recycle clothes.

In the USA alone, 9.5 million tonnes of clothing and footwear end up in landfill, according to the Environmental Protection Agency (EPA) 2013 report. Europe isn't too far behind, with 9.35 million tonnes of textile waste being landfilled or incinerated in the European Union each year, as detailed in a recent study carried out on behalf of the EU Resyntex by Oakdene Hollins. Australian Bureau of Statistics figures indicate 500,000 tonnes of leather and textiles are discarded each year, amounting to 23 kilograms per person, and only a fraction of this is being recovered through charitable recycling. Meanwhile, a UK-focused report conducted by the Waste and Resources Action Programme (WRAP) found that more than 30% of clothing goes to landfill at end-of-life, which is an estimated £140 million worth (350,000 tonnes) of clothing in the UK every year.

The same WRAP report found that by extending the life of clothing - which on average is just 2.2 years - by an extra 9 months of active use would reduce carbon, waste and water footprints by around 20-30% each and cut the overall cost in resources used to supply, launder and dispose of clothing by around 20%, equating to a staggering £5 billion. In addition, the report found the average UK household owns around £4000 worth of clothes, but around 30% of clothing in the average wardrobe - or 1.7 billion items across the UK - has not been worn for at least a year.

But not all fibres are treated equally or reused that same way. Natural, renewable and biodegradable, wool is the most reused and recyclable fibre on the planet of the major apparel fibres, with many slow fashion designers choose to work with wool. 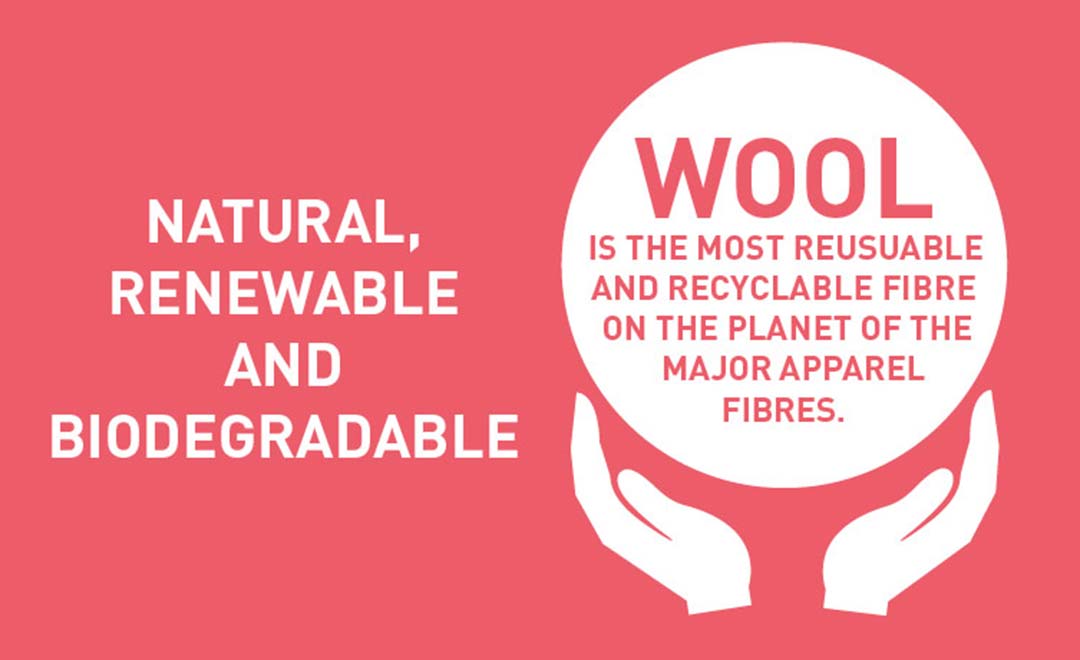 “The Woolmark Company sponsored a global wardrobe survey in 2015 by AC Nielsen, which confirmed that wool garments have a longer life than the dominant apparel fibre - cotton - typically 50% longer, and are washed significantly less frequently,” explains Fibre Advocacy & Eco Credentials Program Manager Angus Ireland. “At the end of its life wool is more commonly donated to others for a second life. Wool may represent only 1.3% of the global fibre supply but wool garments are donated to charity at a much higher rate of about 5%.”

When considering the overall impact of consumer products such as articles of clothing, Life Cycle Assessments (LCAs) should consider the entire life cycle and therefore the cumulative impact from 'cradle to grave'. At present, most LCAs related to clothing, including those dealing with wool products, unfortunately do not consider the overall impact, stopping at early life stages such as the fibre or the fabric. Most LCA studies for clothing incorrectly assume that garments are immediately landfilled (or disposed of) at the end of their first life phase.

A common thread throughout the clothing life-cycle is the opportunity to better inform consumers about what to do with clothing when items are no longer wanted, but also placing greater value on the clothes they buy and wear. End of first-life options for garments can generally be broken into four main categories: reuse, recycle, incineration and landfill. Recycling of clothing can involve either open or closed loop approaches.

“Open loop recycling by contrast is essentially down cycling, where woollen products and wool blends are pulled apart and fabricated into cheaper non-woven products for use in mattress padding or automobile acoustic insulation, where wool’s inherent flame resistance and insulation attributes are highly valued.”

What’s interesting about open loop recycling of wool products, is that the fibre is given a second lease of life which in fact may be longer than its first use. For example, the active life of automotive sound insulation can be more than 10 years, while insulator pads covering the spring unit in mattresses could be 7 years1. 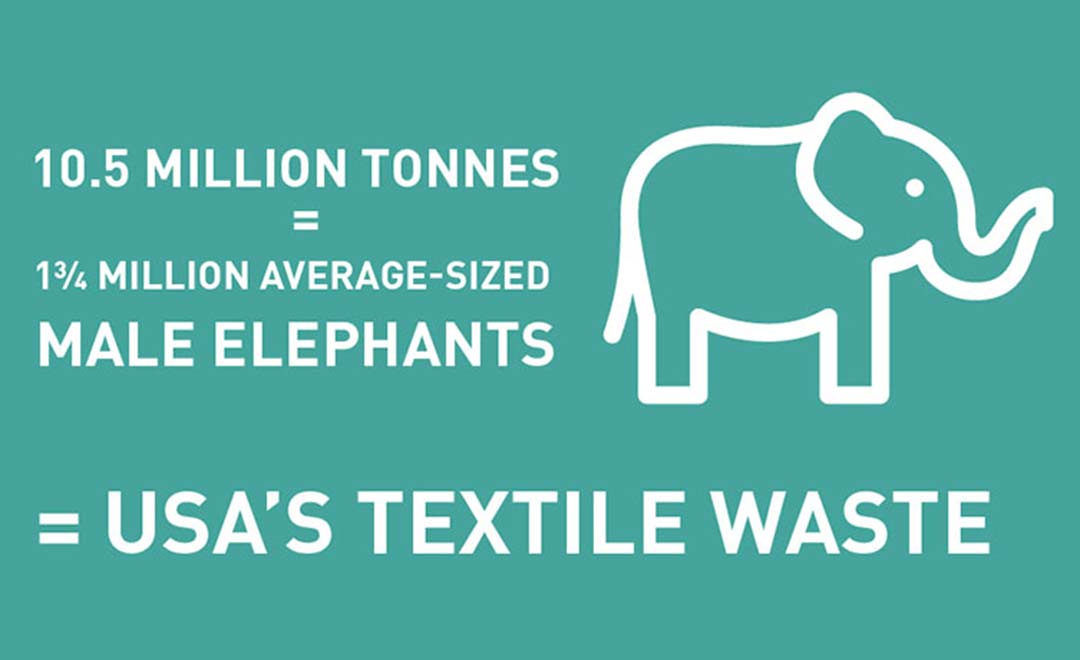 With almost 13 million tons of textile waste produced in the USA alone in 2013 - an amount that can be described as equivalent to the weight of more than two million average-sized male elephants - recycling two million tons of clothing per year is the equivalent of removing one million cars from US roads in terms of reducing greenhouse gas emissions. Most of these discarded textiles are synthetic and persist for decades so that pressure on landfill space is growing rapidly. Yet many natural fibres don’t pose the same risks to the environment thanks to the fact they are biodegradable. Wool, for instance, when buried into the ground at the end of its life, biodegrades and releases valuable nutrients back into the earth.

For Dr Beverley Henry at the Queensland University of Technology, there is still a large benefit from increasing reuse and recycling clothing of natural fibres and keeping them out of waste streams.

“For wool, in particular, we know from surveys and research that consumers are already using wool garments longer and recycling them more than other fibres,” says Dr Henry.

“The more that wool is reused and recycled the lower the environmental footprint of wool supply chains, but there are also economic benefits. Wool is not only a high value fibre which is sought after for its quality and natural benefits of durability and low care, but also has advantages in long-established recycling processes. Many consumers may not realise that even very worn wool fabrics can be recycled for other uses such as blankets or the fire-retardant layer in mattresses. So no wool garments need to be disposed of to landfill.” 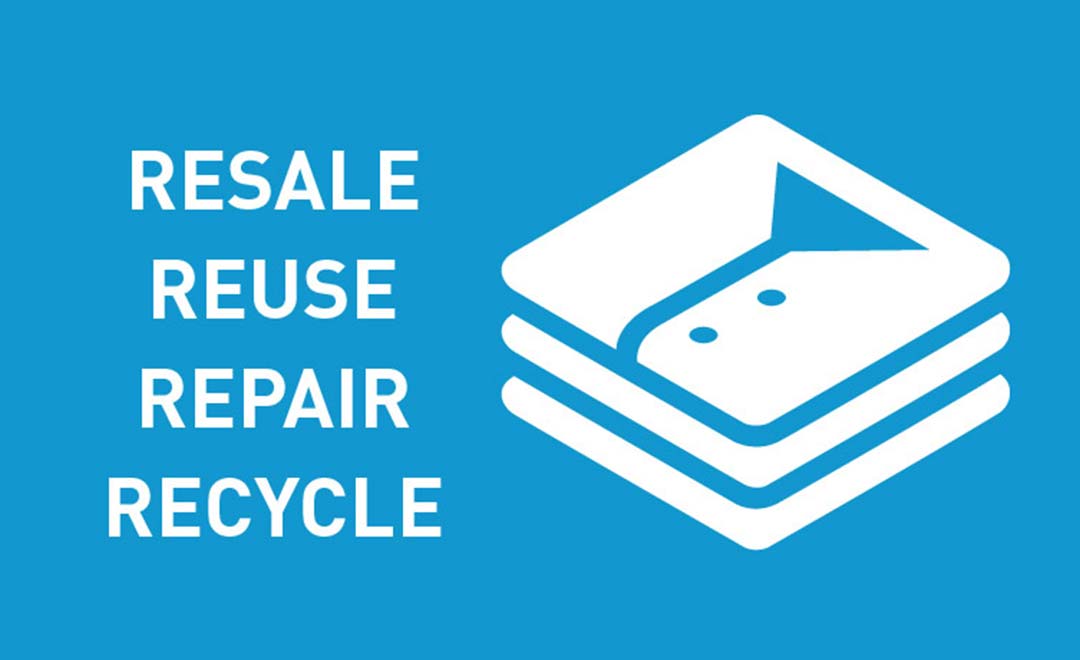 Whilst we know that wool clothes require less laundering than clothes made from other fibres, global appliance brand AEG is going one step further, calling for better education on the way – and frequency – we wash clothes, launching the Care Label Project. According to AEG, 90% of the clothes we own are thrown away long before they should be, and we still insist on using outdated care instructions from the 1950s. AEG also claims that 25% of the carbon footprint of clothes comes from the way we care for them.

“Aftercare of clothes has a great impact on both the longevity of clothes and the environment. However, our care habits have not changed in a very long time, even though we now have modern technologies that can prolong the life of both our clothes and the environment, if used correctly,” says Ian Banes, SVP Fabric care AEG, EMEA. “To change this, we initiated the Care Label Project and are launching the new care label Don’t Overwash.”

Supported by The Woolmark Company, the Care Label Project aligns perfectly with the natural benefits of wool – a fibre that resists both odour and creases and retains its as-new look for longer. Wool is championed as a fibre which does not need to be laundered regularly.

“To me, it’s just more of a responsible purchase,” says fashion consultant and industry veteran Julie Gilhart of why it’s important to invest in natural fibres such as wool. We know too much now about the negative impact that we are having on our planet and we must start making our purchases reflect our values. Wool is a completely natural fibre; it has so many positive qualities in terms of actually wearing it as well as its end of life.

“In an age when words like resale, reuse, repair and recycle are being used more, thinking about quality is just common sense. We know items of better quality have a longer life and therefore our purchase dollars go farther. In my opinion, true quality never goes out of style.” 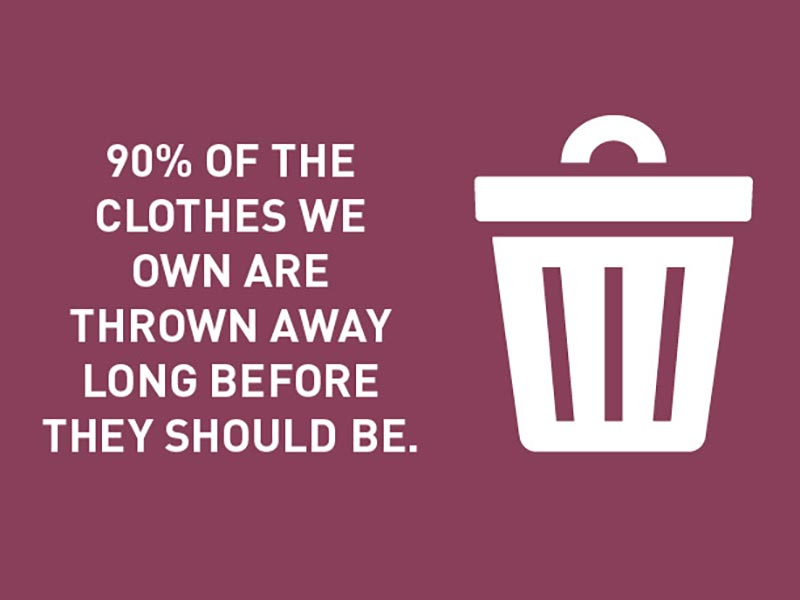 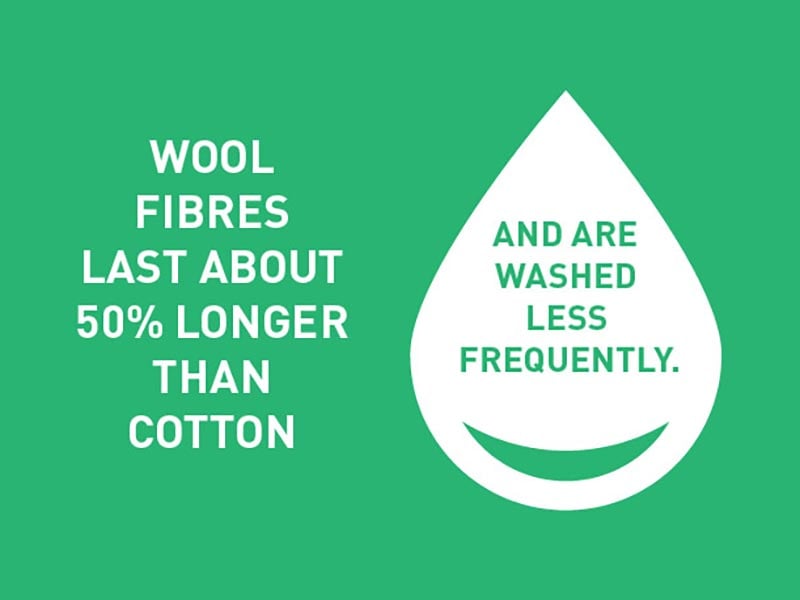