What is the link between Harry Potter’s invisibility cloak, the uniforms worn by Princes William and Harry at the 2011 Royal Wedding, and the covering of the Woolsack – the seat of the Lord Speaker in the British House of Lords?

They were all manufactured by AW Hainsworth, a company that has been the beating pulse of Yorkshire’s woollen textile scene since Abimelech William Hainsworth founded the company in 1783. To describe this extraordinary mill’s history as ‘storied’ would be a risible understatement. “During the first Boer War,” says acting marketing manager Liam Conlin, leading us into the firm’s heritage area, “the British red-clad soldiers were being picked off too easily by the Afrikaners, so we were given a brief to come up with a camouflaged uniform and developed a fabric called ‘Khaki Serge’ – which is Urdu for ‘dust’.” 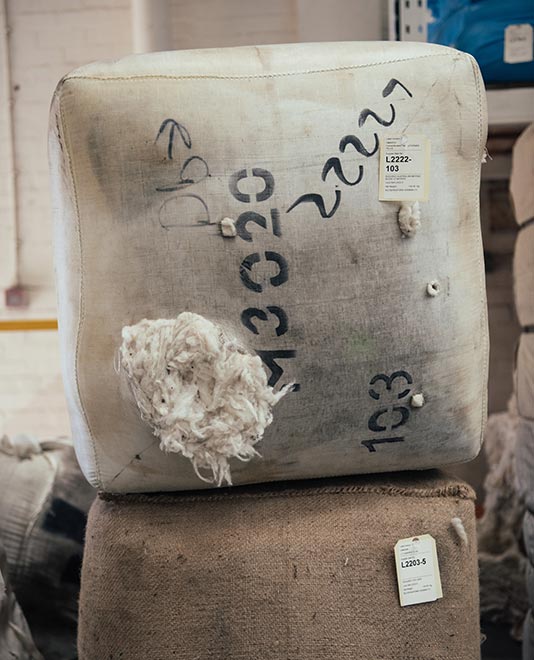 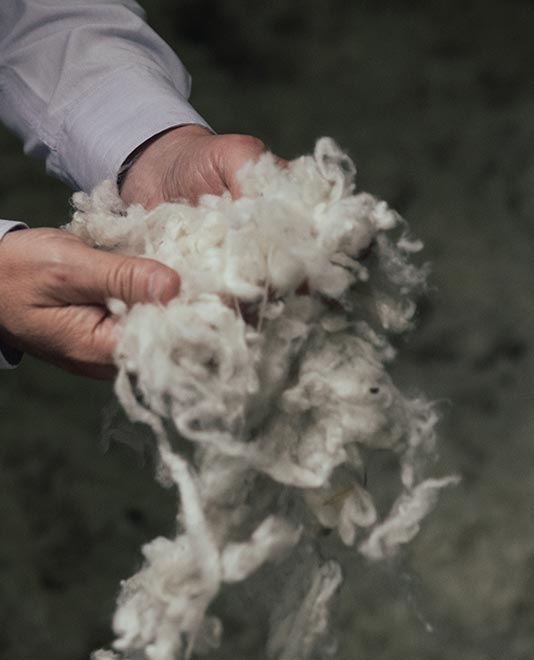 The company’s military efforts soon extended beyond apparel for land troops: “In 1917 we were providing uniforms for the Russian Cossack cavalry,” explains Conlin. “The Revolution came and they were disbanded, leaving us with a warehouse full of blue cloth. A year later, back here in Britain, the Royal Air Force separated from the army and wanted an alternative to khaki to differentiate themselves from the army, and Hainsworth suggested this cloth: so we’re behind their ‘Boys in Blue’ nickname.”

While they still produce military and ceremonial uniforms, Hainsworth has since diversified: today, the company’s fabric is used by leading fashion brands, while opera, film and theatre audiences all over the world regularly behold Hainsworth cloth in characters’ costumes. They supply high-tech apparel for emergency services' personnel the world over, and their fine baizes are used for top-grade snooker tables, as well as Steinway pianos. You’ll find their luxury textiles in Rolls-Royce cars, and their blankets are draped across beds in regal palaces across Europe and the Middle East, as well as in the hallowed chambers of the Vatican. They even have a line of biodegradable coffins.

The breadth of Hainsworth's repertoire – which spans from the high functioning to the starkly utilitarian to the ultra-decorative – is facilitated by vertical integration. “We do all the pro- cessing on this site, from blending to finishing via carding, spinning, weaving, milling and dyeing,” says technical service manager Martin Howarth, who is also responsible for wool buying, as he leads us into the room where the whole process begins: a first-floor, warehouse-style space in which bales of wool line every wall. “We even have our own on-site test laboratory, and an in-house design team.”

“We examine wool against historical standards and under the microscope to check the surface scales, which act as little ratchets when it comes to felting.”
Liam Conline

The company processes 6,700 kilos of wool each week, with 3,300 kilos of that being Merino fibre from five established suppliers in the distant land from which one Reverend Samuel Marsden first bought wool to England, some 24 years after Hainsworth’s founding: Australia. But here’s where things start getting a little more complex: “We source 15 different fibre types, all with different characteristics,” explains Howarth. “They vary in fineness, colour, amount of vegetable matter and fibre length.”

This is a family mill. The last person to do the wool buying, Roger Hainsworth, did it for 25 years, and his father had performed the role before him. Over the centuries, eight generations of Hainsworths and their employees have tweaked, honed and perfected the correct ratios of different fibres which will best fulfil their fabrics’ hugely varied requirements. “We now have a set of 22 Merino blend recipes to work from,” says Howarth. “So, it might be 20% fleece wool from Swan Wool, 25% locks and pieces from United Wool, 20% Merino blend from Freemantle Wool and so on.”

Being a woollen, rather than a worsted, mill determines Hainsworth’s buying choices. “A worsted mill would use a lot of longer fleece wools,” says Howarth, “but we need more shorter fibres in order to assist the felting process.” Quality control is paramount here: “We examine wool against historical standards and under the microscope to check the surface scales, which act as little ratchets when it comes to felting.” 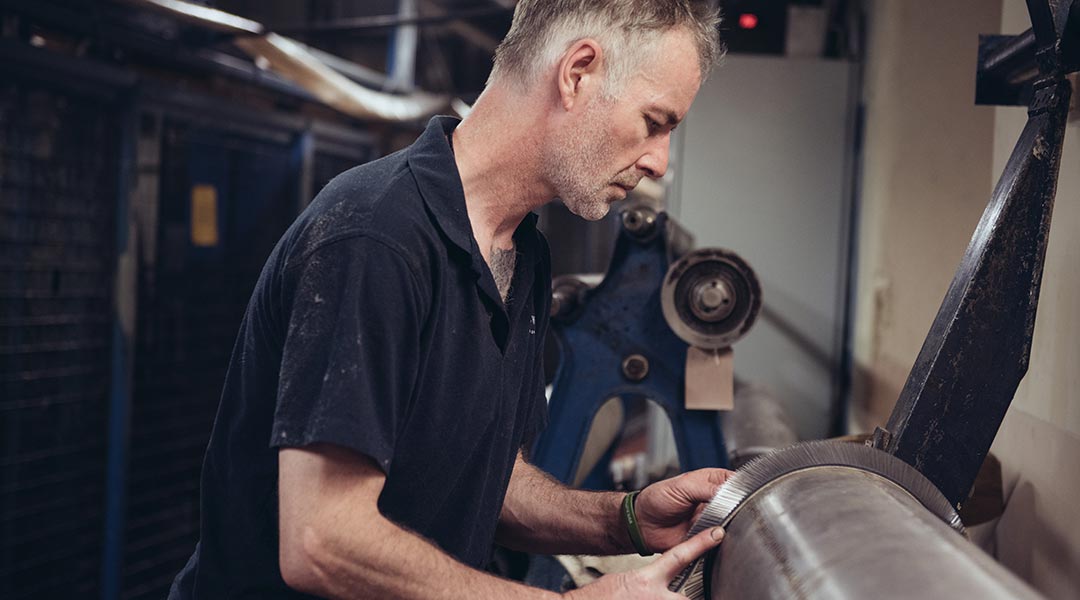 Once compiled, the recipes’ ingredients are then blended – essentially intimate mixing of the component lots and carded. Carding is opted for over combing in a woollen mill as it achieves a slightly fuzzier yarn with less neatly aligned fibres. “We’re basically converting the wool into even slubbing of blended fibre,” explains Howarth, gesturing to a machine which, crudely speaking, serves as a giant hairbrush. “What we end up with is a carded web which can be spun into yarn.”

The mechanical behemoths that surround us as we explore the mill, are eye-wateringly sophisticated: a dizzying array of precision rollers, condenser bobbins, rotating spindles and other automated wizardry. One mechanical beast that Howarth shows us measures the diameter of yarns in a split second, eliminates sections that are a nanometre too wide or too narrow, then splicing the two loose ends back together with sharp bursts of air that re-entangle the thread. Some of the weaving equipment here can perform 350 weft insertions per minute, while the company’s jacquard loom can intertwine warp and weft so intricately, its recreation of any famous human face would be instantly recognisable. 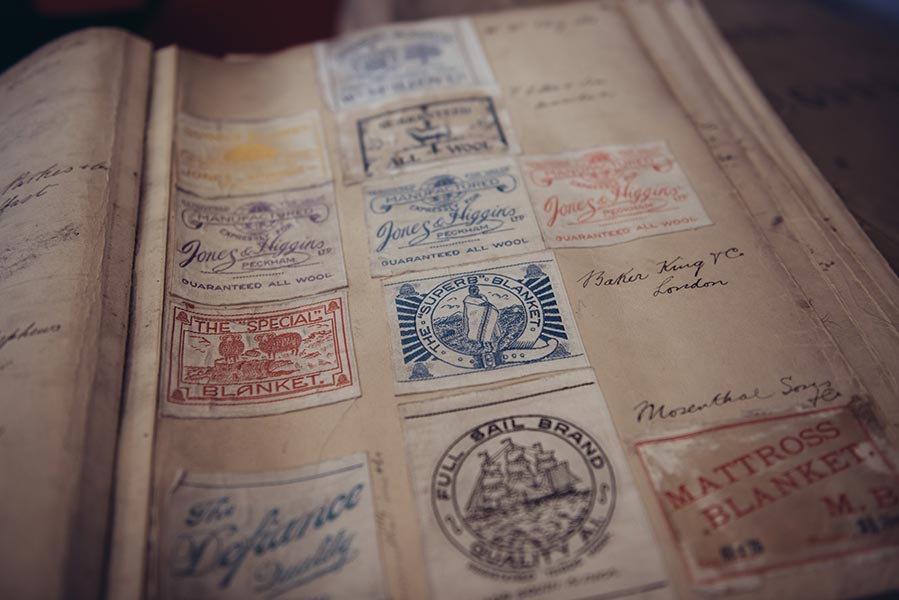 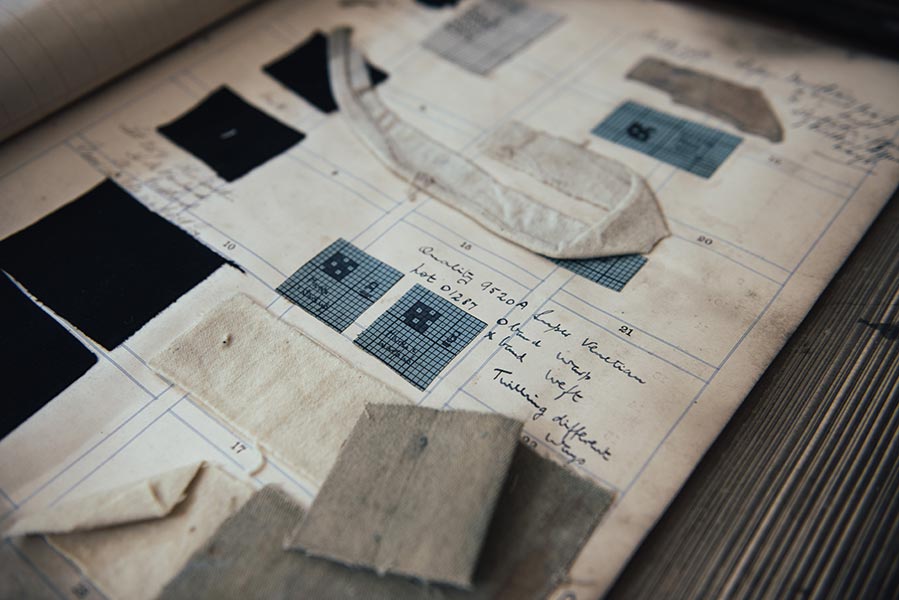 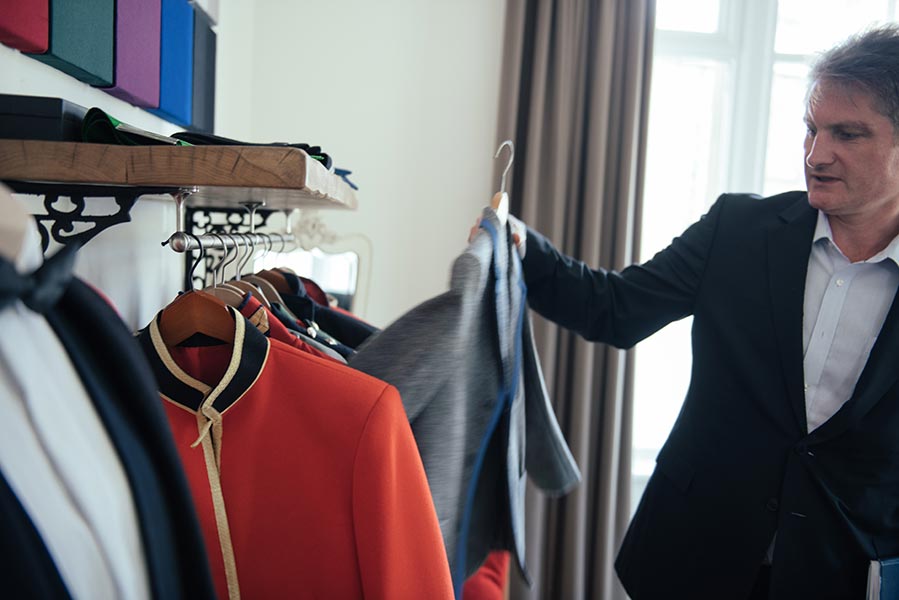 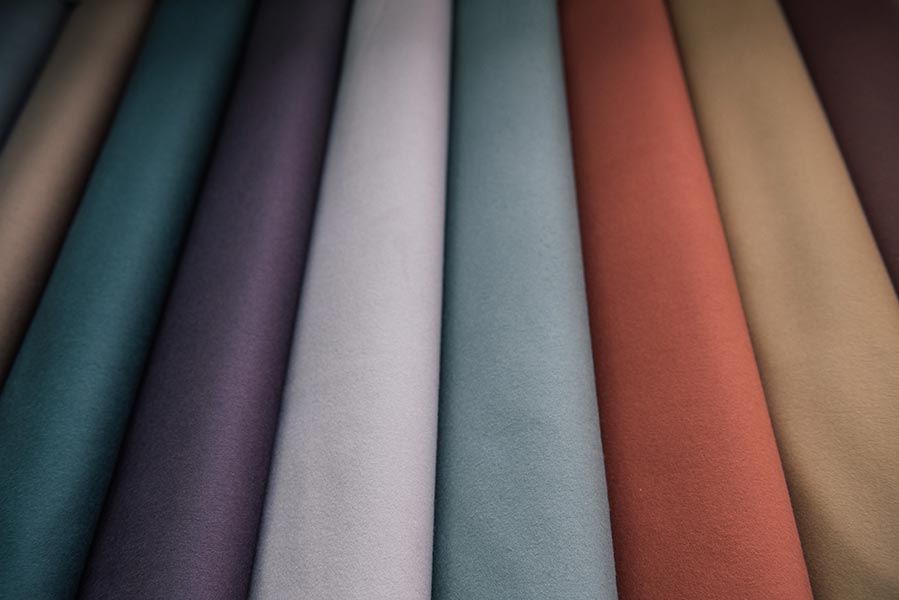 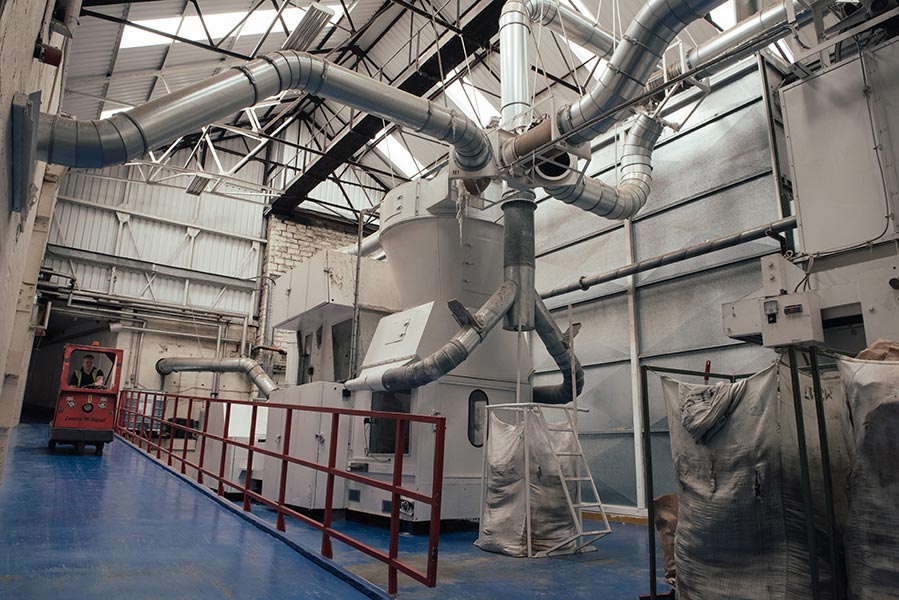 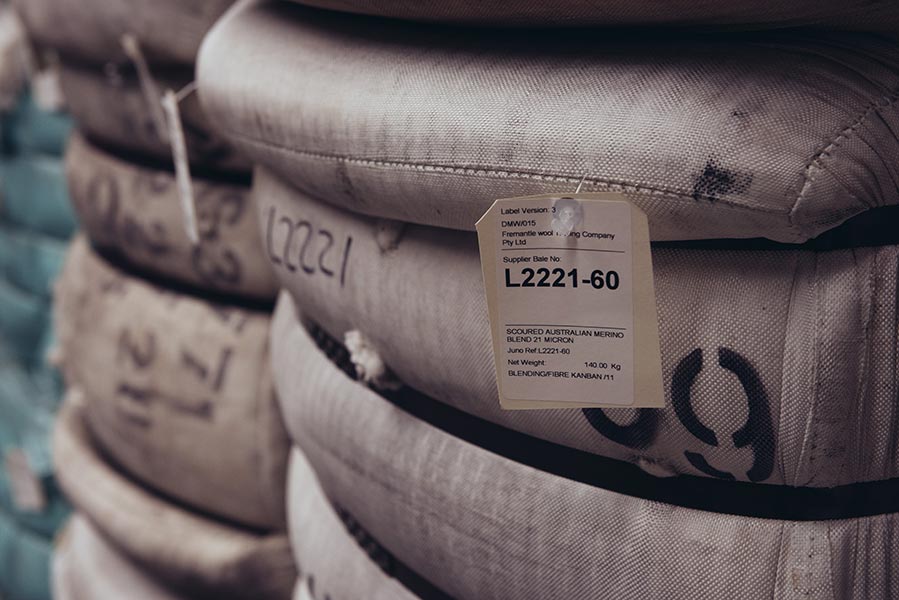 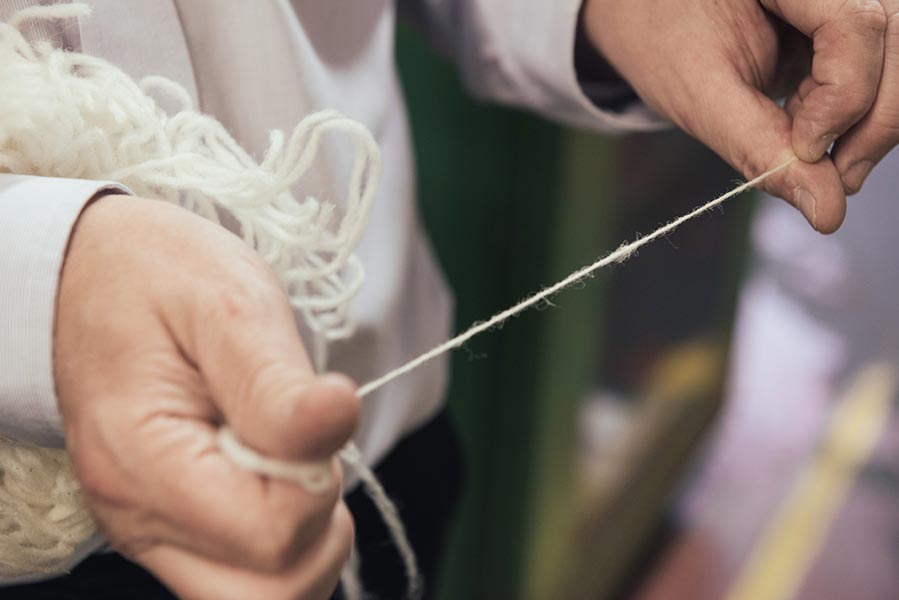 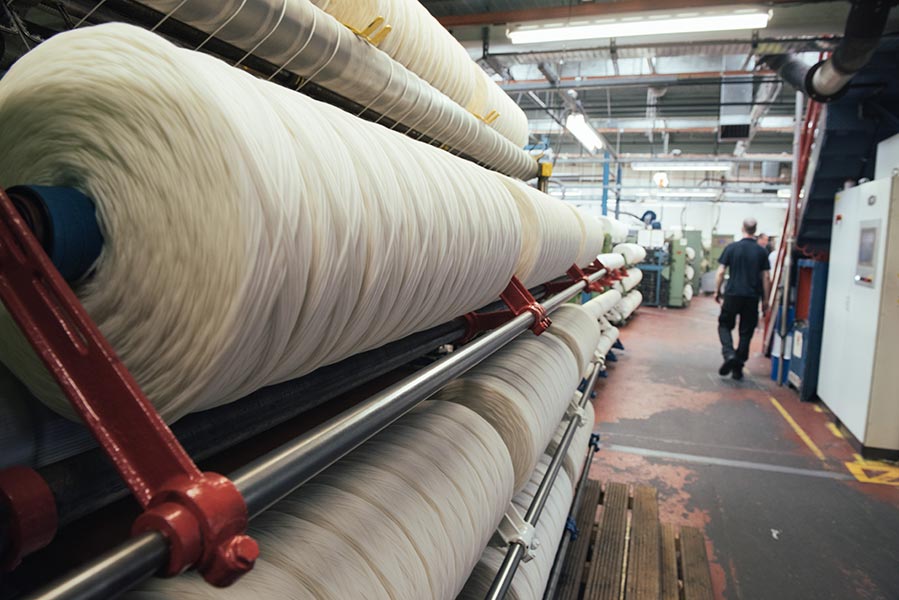 After weaving comes the milling and felting stage, during which the cloth is compressed by being clamped between vast, Leviathan-jaw metal tablets operating in a running torrent of steaming-hot soapy water to compress it. Finally, the resulting shrunken sheets are dyed, cropped, pressed to produce the final finish. The Selvedge woven on the edge states, in large, proud letters, “Made in England by Hainsworth”.

From start to finish, the process involves several weeks of highly skilled labour. But there’s more – vastly more – to Hainsworth’s output than the efforts of those working here on this warm Tuesday morning in July. An operation like this is a vast repository of expertise, inventiveness and ingenuity that’s been accumulated over centuries. The present time is just one narrative flashpoint in the era-spanning story of mankind’s need to alchemise wool into something even more elegant and functional. Taking in a facility like this, it’s exciting to ponder on the wealth of as-yet unwritten chapters that are still to come.