Wool as a sustainable fibre for textiles

Wool is a circular fibre

“We’re certainly not trying to replicate a system that was present in 1770,” says Sebastian Burgess. “But rather we’re looking for a landscape that has ecological function; a landscape that is sympathetic with agricultural objectives but also functions as a natural ecosystem.” Burgess is the Director of Conservation for the Tasmanian branch of non-government organisation [NGO] Greening Australia, one of the first NGOs to work in the sector of environmental protection and regeneration.

Greening Australia's work even predates that of Landcare, another group committed to land stewardship. Previously, Greening Australia acted, as Burgess describes it, “as everything for everybody across the whole country”, but over the past decade, it has reshaped its strategy to focus on a smaller number of catchments and geographic areas to develop long-term land management plans in consultation with local farmers, government and industry bodies. “We use the best science to understand the issues facing those landscapes, and source revenue from wherever we can to execute our plan.” Greening Australia is an industry partner for three Australian Research Council projects, arming it with more than 15 PhD candidates and post-doctoral staff to assist with the implementation of its groundwork. 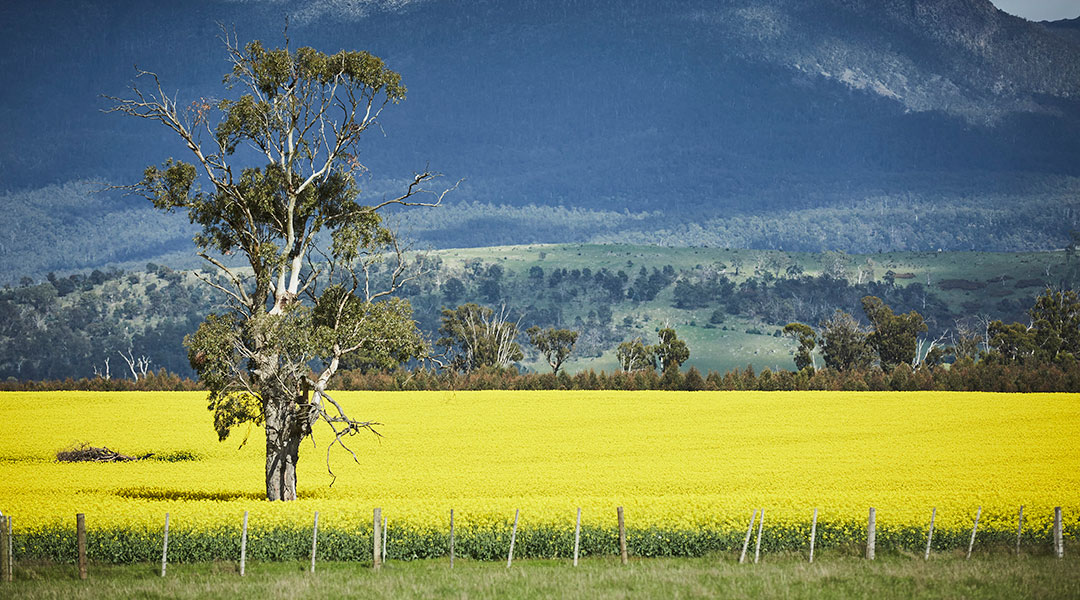 Recently, Burgess and his team’s focus has been on the Tasmanian Midlands, comprising the areas surrounding the towns of Conara, Campbell Town, Ross and Tunbridge. The team's efforts are collectively known as the Tasmanian Island Ark program. One of the world’s last refuges for threatened animals, Tasmania is home to a host of animal species now extinct on mainland Australia. In response to this threat, Greening Australia is working to reverse the decline of biodiversity, and to reconnect people with nature, in what is a globally significant landscape. With the Tasmania Island Ark project, the organisation is aiming to re-create more than 6,000 hectares of habitat across the island state to create a stronghold for Australia’s critically endangered animals, and revitalise local farming communities through on-ground and educational programs.

Wool-growing was one of the first enterprises in Tasmania after European settlement in 1778, with the Midlands one of the first areas to be settled for agriculture. Prior to the arrival of immigrants, most of the landscape was made up of open grassy woodlands, as depicted in some of the early colonial paintings of English-born artist John Glover, following some 60,000 years of Aboriginal management of the land. This made it possible for grazing without the land first being cleared. “This was ideal country for woolgrowers to move into,” explains Burgess. “It was a low-input, relatively sustainable system. But any system does need conservation, and the ideal is to maintain the system in equilibrium: if sheep grazing can be managed effectively you can create a balance with nature.” 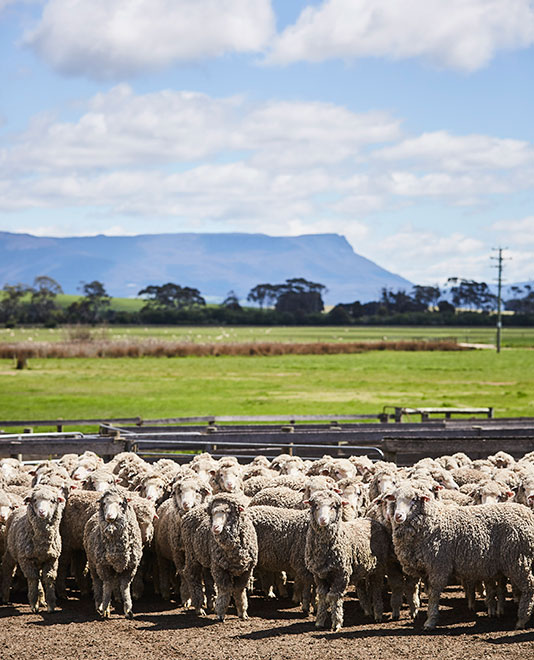 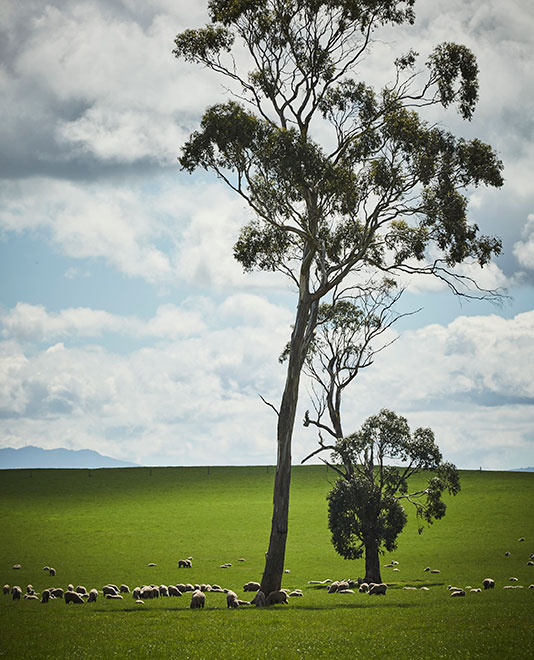 The results speak for themselves. To date, Greening Australia, in collaboration with local woolgrowers, has restored more than 1,000 hectares of the landscape by planting some 250,000 native plants in grassy woodlands and river-flats; and enhancing an additional 200 hectares of existing native vegetation for conservation purposes. These numbers are particularly astounding when one considers the relatively small size of Tasmania. It is no wonder, then, that its Macquarie riparian restoration work – which has seen some 35 km of the banks of Tacky Creek, and the Macquarie and Isis Rivers, replanted with native plants – is one of the largest revegetation projects in Australia.

The concomitant benefits for native endangered species are considerable, with ongoing monitoring of populations of eastern quolls, spotted-tailed quolls, eastern barred bandicoots, Tasmanian devils, eastern bettongs and woodland birds, among others, on the rise. “We have seen around the world that native animal populations are crashing, and that whole movement is what we want to get away from here in Tasmania,” explains Burgess of his mission. “Much of our work, then, is about reducing or managing threats – increasing habitats, maintaining clear waterways, managing weeds – to try and hit that equilibrium.”

This challenge is made even greater by the rapidly changing climate. “The increasing number of multiple very hot days will have an impact on native vegetation, new plantings and animal welfare. But within that we can manage what we can by providing more shelter [through the planting of trees] and providing more resilience to farming in general. That’s our endpoint, and I’m convinced we can reach that. It might take a couple of decades, and we’re not sure what farming enterprises will look like then, but we’ve set a target to restore the Midlands area, to rebuild primary wildlife corridors, and find that balance between ecological function and maintaining a viable farming landscape.”

Woolgrowers, which make up the lion’s share of landholders in the region, have embraced Greening Australia’s project. “In most cases what we’re doing isn’t reducing their available land for production. They’re not losing acreage, but rather they’re receiving shade from tree canopies, which adds to the wellbeing of their livestock,” says Burgess. Most farmers maintain some areas of locked-off land for conservation, and the benefits of environmental conservation and regeneration contribute to a better end-product. “Farmers want to see more of this, and they’re very supportive of what we’re doing at Greening Australia. Absolutely, we have limited resources, but we’re certainly not having any difficulty recruiting growers, so the future looks bright.”