There’s something pleasingly old-school about walking into a tailoring establishment, and being greeted and serviced by the very man whose name is inscribed, in proud, gold, serifed capitals, on the window outside. And, such is the case here when one visit’s Steven Hitchcock’s St George Street outfitters, a three-minute stroll from Savile Row’s northern extremity.

“What my customers buy into is dealing with one person throughout,” he says. “I greet the customer, measure them, cut every pattern personally by hand, and oversee the entire process of the bespoke suit being crafted. That is unique today. The suits are made by staff who have learned within the company, so they understand my ethics and approach. We’re not manufacturing – we’re tailoring, exactly the same way as it was done 200 years ago.”

It’s perhaps not surprising that Hitchcock’s approach is ultra-traditional, given that his professional back story really begins several years before he was born, when his father John Hitchcock began what would turn out to be a 54-year tailoring career at Anderson & Sheppard aged just 16: the same age that Steven would leave school and become a mechanic. “I lasted about three weeks,” he laughs. “Then one day I came home in my dirty boiler suit, and my granddad said, ‘Why don’t you go and work with your dad?’”

Taking his grandfather’s advice led Hitchcock to an epiphany. “At the garage, I’d been emptying oil sumps and getting filthy, so when I went into Anderson & Sheppard and saw my dad making trousers, cutting, basting, all these craftsman taking pride in what they are doing… It turned out they were making stuff for Liam Nelson, and I saw him wearing them in a film later and thought, ‘Wow, this is for me’.  I love the concept of craft being produced from a scrap of cloth, by hand.” Hitchcock thus began an apprenticeship in that same room, one Monday morning in in September 1990; by the Friday, a not-yet-famous Alexander McQueen had left for Gieves & Hawkes, and Hitchcock had taken over his board - and resolved to devote his life to becoming the very best in his newfound field. 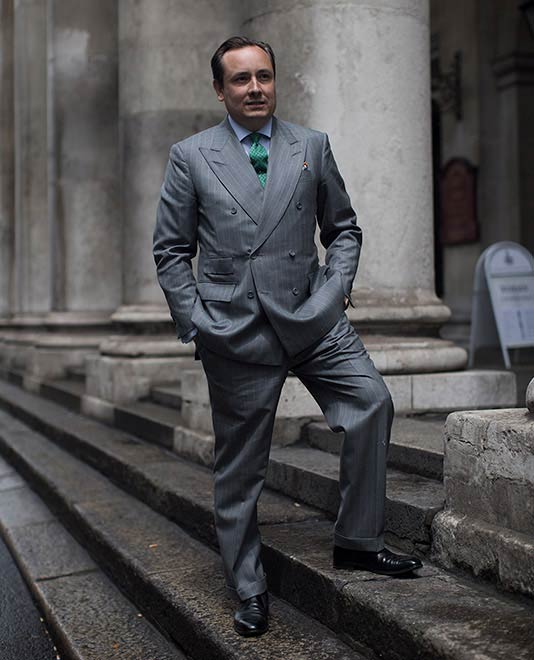 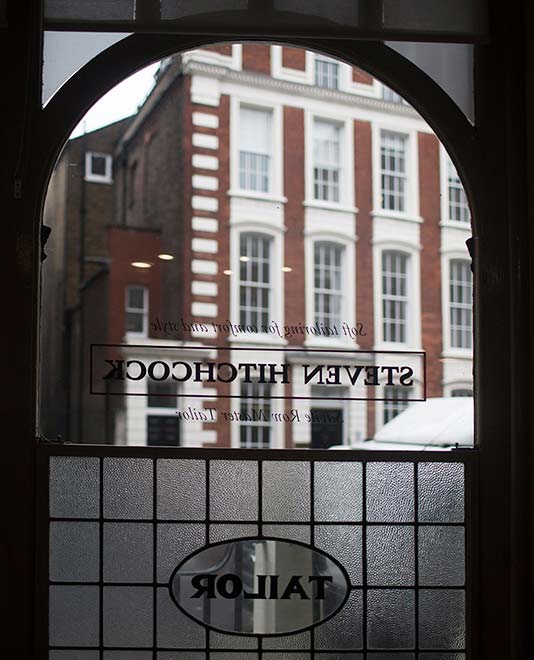 “It was a classical apprenticeship,” he says. “I was there for nine years - five years tailoring learning how to make a coat, then four years learning how to cut.” Inevitably, his time at one of the world’s most famous tailoring houses formed the basis of his approach when he struck out alone in 1999: although the method, style and silhouette Hitchcock executes today is a unique one, developed over 27 years of experience.

“The way I cut now is 100 per cent unique to me,” he says. “It’s evolved. At Anderson & Shepherd I learned a specific style - really soft shoulder, drape, high armhole, comfort – and we’ve always done the same here. For the shoulders we use wadding, which will bed into the wearer - it will actually move - instead of a pad, which is more ridged. With our coats, the shoulder line is distinctively yours. That’s what real bespoke is about. When you walk into a room, whether it’s for a meeting or for a meal, you look natural and elegant.” 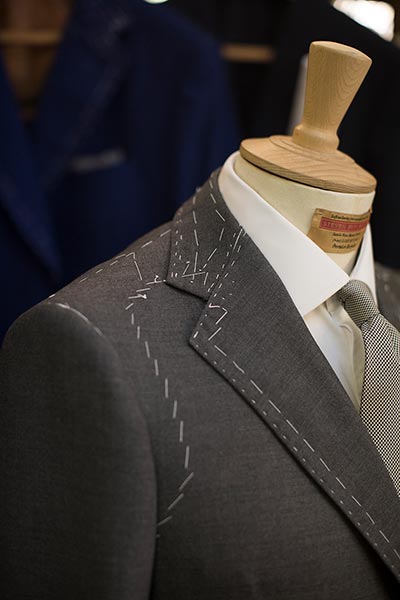 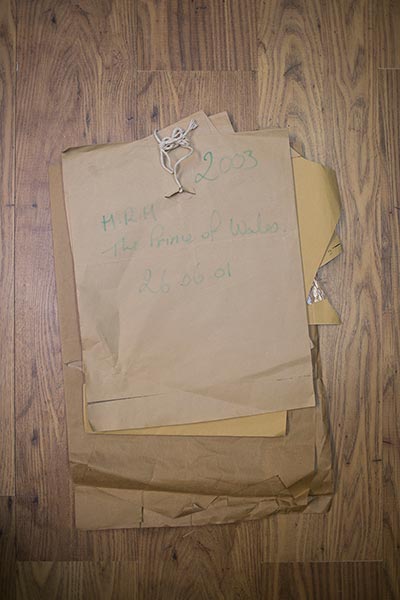 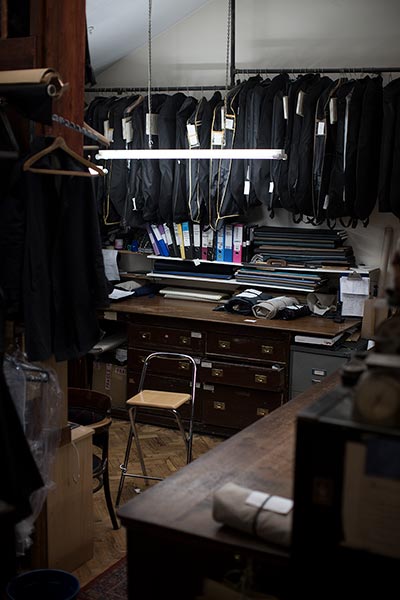 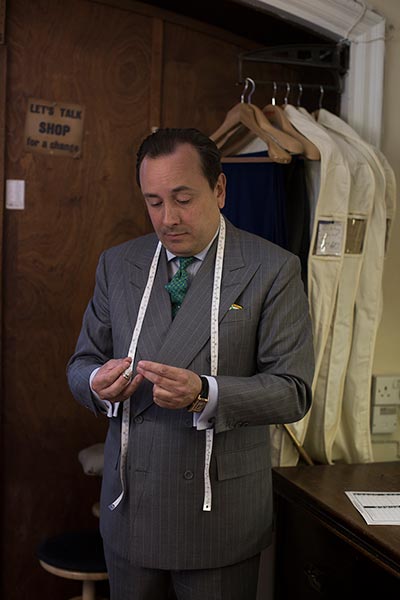 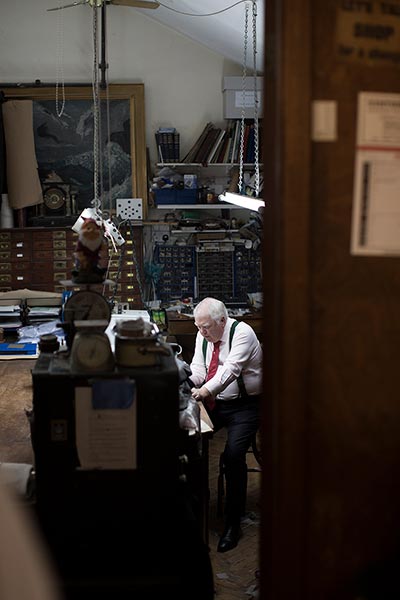 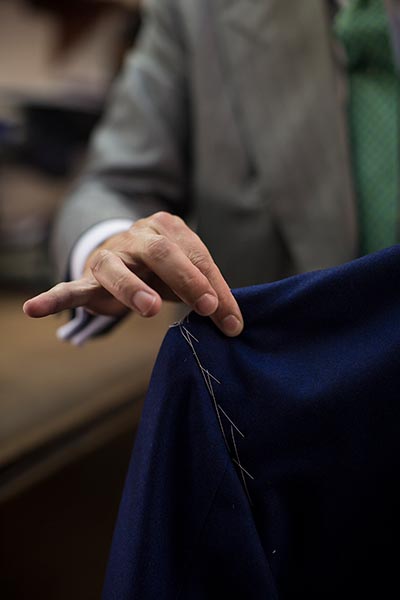 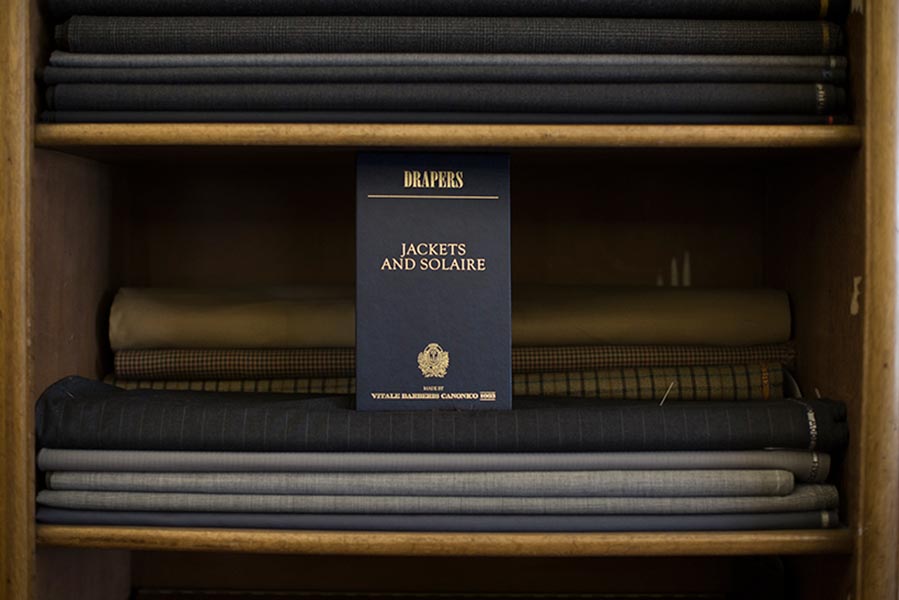 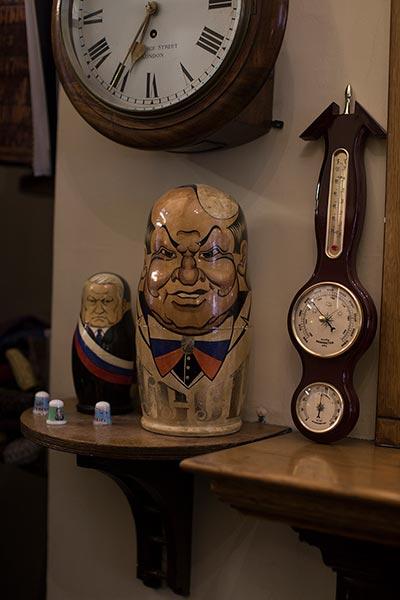 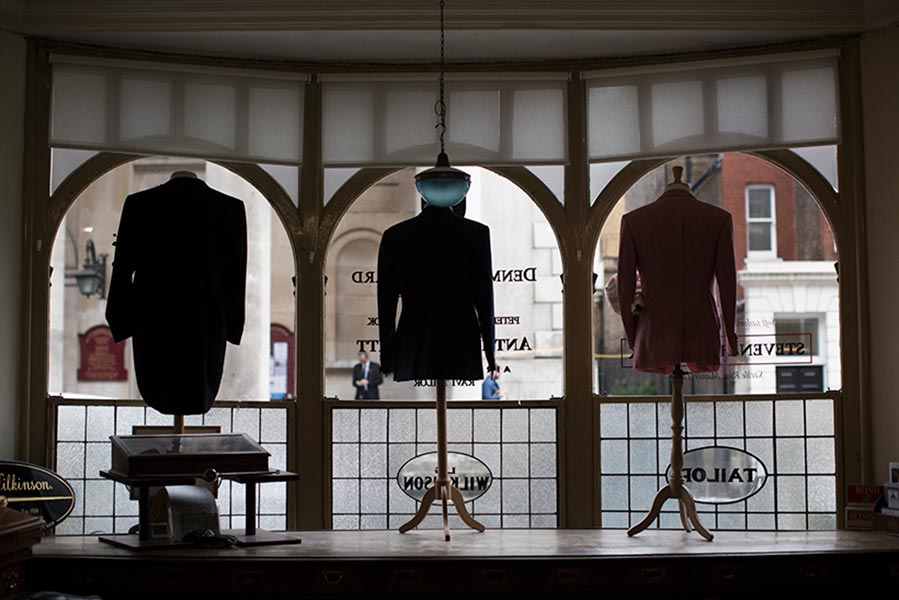 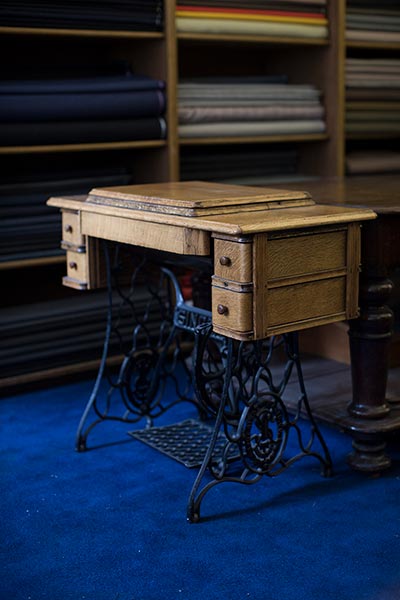 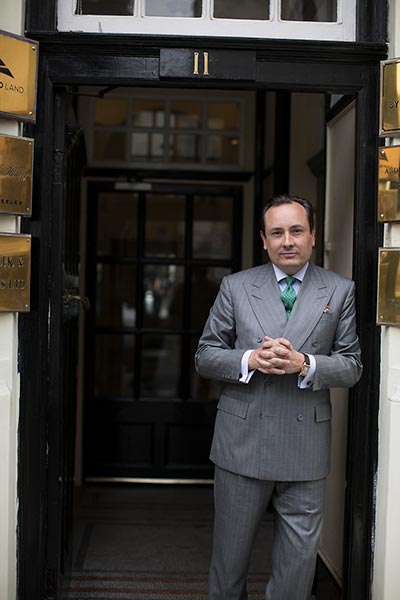 With the same goal in mind, Hitchcock opts for very long, loose stitches – all done by hand, naturally – while close attention is also paid to the armhole. “We make a coat that is anchored to the neck, thanks to the high armhole,” he says. “We also make the sleeve three inches bigger than the armhole, which is unique. An inch is more common, because many tailors want everything to look clean - we want things to be natural, soft and comfortable.”Other elements of the house style include a “side body” cut as oppose to a the “fish cut” method developed by Frederick Scholte, the Duke of Windsor's tailor from 1919-1959. “With the side body, a vertical seam comes right down the side and lets me take an inch out here or there. You can take it much closer to the body, and get some light through the side seams and the trousers.”

The side seam is particularly conducive to a flattering cut, he adds, in an era when cloth has become a lot lighter. That said, Hitchcock favours fabric that’s slightly heavier by today’s standards. “This is because on the inside of our coats, we put just one piece of canvas and a very small piece of hair cloth, hand stitched with very long, loose stitching - that gives us the softness. Most tailors today will put seven or eight layers inside, which will build up a much stiffer effect. We want it to be moulded to your body. You don’t want to put something new on and it feel like cardboard – it may look nice and clean, but it’ll bounce off your neck, off your chest, and that’s not what we do.” A flat sleeve-head, rather than a roped, high one, completes the look.

“For me it’s all about the craft,” he says. “If people trust me to make their suit, I’m over the moon.”

When it comes to literally sizing up his clients, Hitchcock is of the school of tailoring which says that a tape measure cannot tell the whole story.  “We cut patterns rock of eye here,” he says. “That means I get the chalk and draft the pattern from what I see looking at the customer. To put it simply, someone with a 42 chest might be a 44 at the front but a 40 at the back. Posture is everything. I study them as they walk in, when they walk out, the way they sit, the way they stand. I take pictures of posture. Then, when I take measurements, I write code terms such as ‘HF’ for ‘Head Forward’ as well.”

Remarkably, Steven Hitchcock and his team – which includes John Davis, a 70-year-old coat maker who has been in the trade for over 50 years - make just 150 suits a year. Unmoved by the commercial benefits of expansion, he’s happy to operate in a shared premises – one whose bell jingle when the front door opens heralds the time-honoured traditions the client will encounter inside – in order to stay focussed on limited, craft-oriented production. One of Hitchcock’s high points to date is making an overcoat for The Prince of Wales, which he still wears to this day: but by and large, the flow of pride is steady and consistent. “For me it’s all about the craft,” he says. “If people trust me to make their suit, I’m over the moon.”